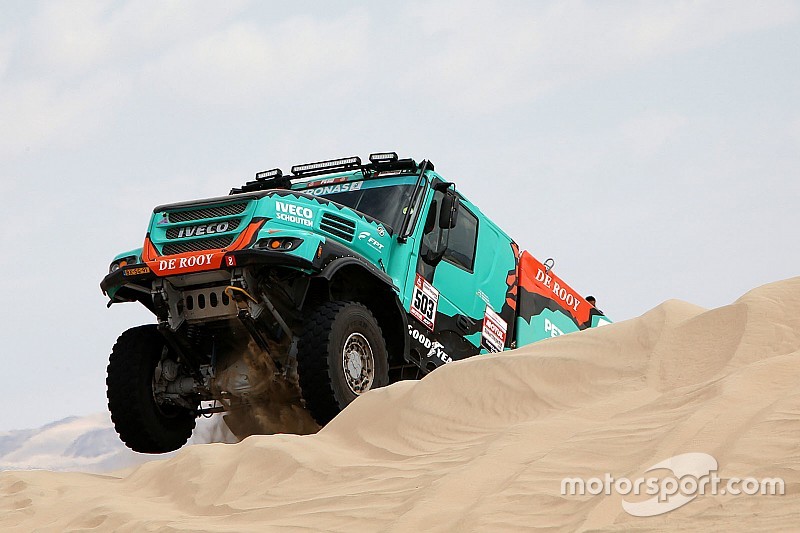 The 2019 Dakar closed with an emotional picture for the heavyweight stars of the Truck division: a hug between the victorious Russian Eduard Nikolav (Kamaz) and the defeated Dutchman Gerard de Rooy (Iveco).

Rivals in competition, the toughest rally in the world imposes high respect out of the cockpit. After 10 race days and 5,601 km, the four Iveco trucks of the De Rooy Team made it to the finish line with Gerard De Rooy on the third step of the podium, behind the two Kamaz drivers: Nikolav and Dimitry Sotnikov.

We asked Gerard for his thoughts on the 2019 event…

Are you satisfied with the 3rd podium finish?
“I’m happy because despite all the issues we have been through in the past 10 days, all the four trucks are the at finish. This was the number one target. Of course, we came with higher expectations, but the rally is unpredictable and you need to adapt day after day to the consistently changing situations.”

It was a Dakar with many ups and downs…
“Yes, it was a tough edition and we had some bad luck at the beginning. The first week was not for us, but then we recovered the second one.”

How do the Iveco trucks behaved on the dunes?
“I can be satisfied. The truck went well and the 1,000 horse power of the Cursor 13L were vital for this edition of the rally that featured kilometres and kilometres of dunes.”

What’s next?
“We go back with some homework to do”.

The De Rooy legacy continues with your son Jan… Are you nurturing a future champion?
“He is still a kid, but he already shows some talent… Time will tell us.” 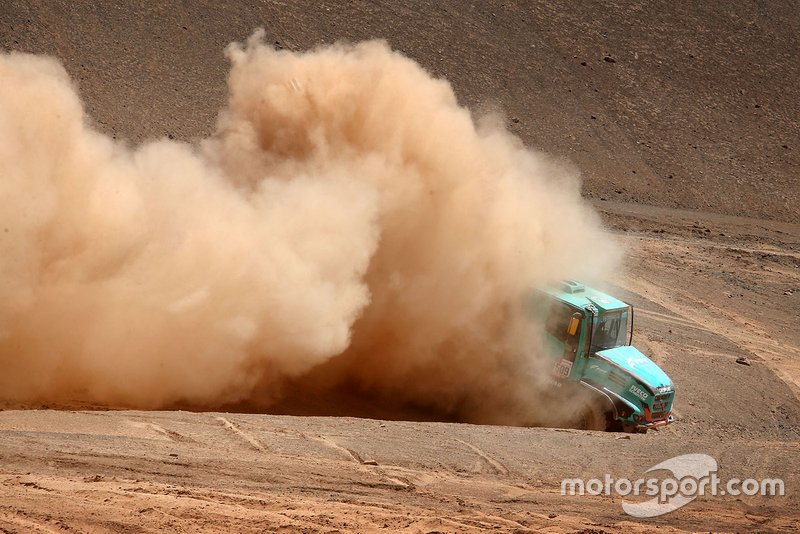 De Rooy’s co-driver, Moi Torrallardona, is satisfied with a podium finish, but left it with a bittersweet taste...

“The podium feels good, it's our place, it's where you can predict that we can finish, but we've always fought to do better, to beat them [Kamaz]. It has not been possible, we have had a bit of bad luck, but we are happy.”

What do you need to beat Kamaz?
“It is necessary with the circumstances, the budget and the team in which we are a bit more luck and that they fail something else. But of course, they have a big structure, with four drivers who fight to win, they cover themselves very well.”

Which was the worst day?
"The worst day and the worst bad luck was the stage we broke the steering wheel. Everyone has mechanical problems, but breaking the steering wheel is something we have never seen before. In addition, it is the first year that we did not carry two steering wheels, because we always went with two inside the cockpit because we used one for the stage and another for the link. This time Gerard decided to not carry it, because he thought that one was enough. Murphy's Law, the year we did not take the spare one, it breaks!”

What do you think about this year roadbook?
“The roadbook I liked, I differ more from the rest because they want the organization to put every pothole, every danger and here people should have a more open mind. It is all out track and just by going 50 meters to one side or another, you vary the dangers that are in the roadbook. I have not displeased, yes the route has been a bit repetitive, the same areas and very artificial, from point to point and from WP to WP. Very difficult to navigate, to drive, but artificial.”