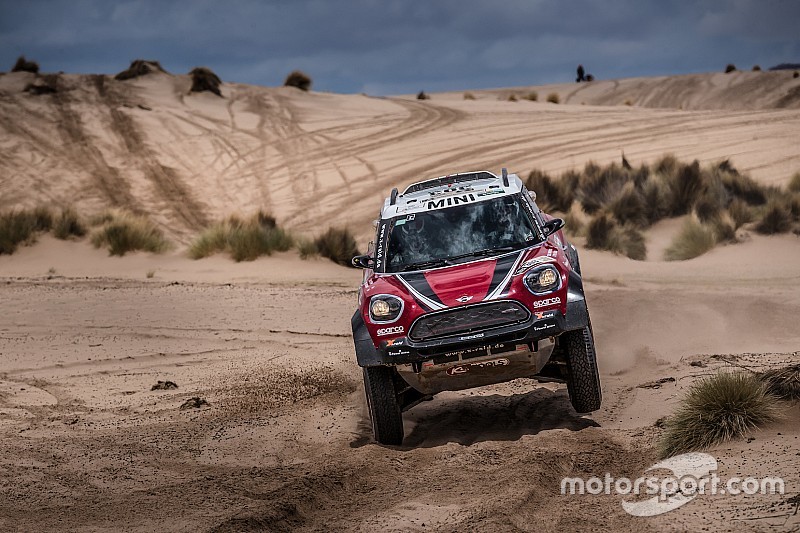 X-Raid Mini driver Mikko Hirvonen says his second attempt at the Dakar Rally was a stronger challenge than his 2016 debut, as he suggests he got his results “the wrong way around”.

Hirvonen, who finished fourth in 2016, mixed it with the frontrunners early on in the 2017 edition before losing significant ground to navigation trouble.

He looked likely to finish fifth but for a torrid run through the Chilecito–San Juan stage, complete with punctures, a gearbox failure and a collision with a truck, which consigned the Finn to an eventual 13th place.

Comparing his two Dakar efforts, Hirvonen said: “It was definitely a lot more difficult and more challenging than the first one.

"Even though things didn't work out in the end - although in the beginning of the race we were doing a good pace and we were really happy, we kind of had a lot of problems, and it just all happened in one day. But it's part of the game. It went wrong there, but still I enjoyed it. It was a real adventure.

“I kind of think I got my results a little bit the wrong way around. Now that I have a little bit of experience, I should've maybe had the result of last year - and not backwards like this.

“I think with the experience I had and with the improvements we did with the car, we had a real chance to be up on the podium as well - but it just wasn't meant to be this year.

On whether he was satisfied with his 2017 effort despite the low-key result, Hirvonen said: “I think we did well, we were fast. It kind of gives me good encouragement for the future.”

Asked by Motorsport.com whether he would be returning in 2018, he said: “I hope so. It's not sure yet but I hope so.”