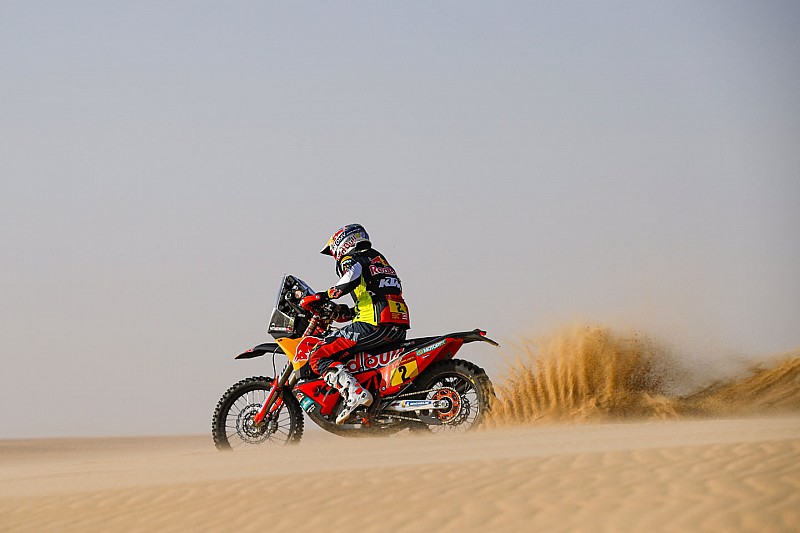 Having enjoyed an unbeaten run in the legendary rally-raid's two-wheel division since 2001, KTM was finally beaten on the Dakar's first visit to Saudi Arabia, as Honda scored its first win since 1989 courtesy of Ricky Brabec.

"We need to congratulate the other team [Honda] and Brabec, he did a good job, but for sure it’s painful for us," admitted Viladoms. "Even if it’s normal that after so many years one day [defeat on the Dakar] should arrive, we know, but anyway, I don’t like of course.

"From a positive point of view, we will have more motivation and this will give us energy to improve and come back stronger. I think this was for a reason and I think it will be positive for us in the future to understand that we need always to push as hard as possible."

Viladoms said the task of catching Brabec - who had established a 20-minute buffer at the head of the field by the rest day - was made harder by the cancellation of Stage 8 following the death of Paulo Goncalves, as well as two more stages being shortened.

"In the second week we reacted, we did much better than the first one, but with the stage cancelled and one [Stage 10] shortened by half, and another one [Stage 12]... normally you need a lot of kilometres to catch your adversary. It was not possible.

"This is racing. This time it was not possible to win but we were really close and what’s for sure is that we don’t need 18 years again to win this trophy, or seven, or whatever." 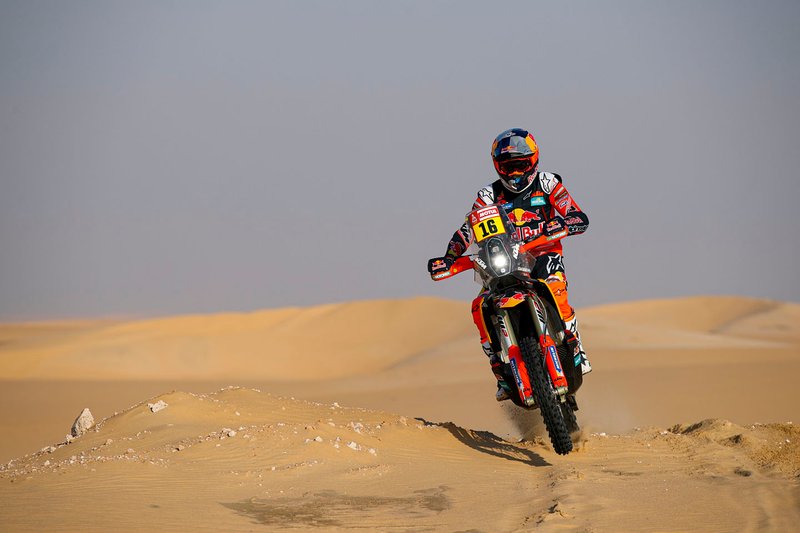 Behind Price, second-best of the factory KTM contingent was Matthias Walkner in fifth place, one place ahead of Luciano Benavides in sixth.

Both riders dropped considerable time on Stage 4 as a result of getting lost, and Walkner admitted it was tough to remain motivated from that point onwards.

"With the result I am not super-happy because the goal has to be to reach the podium, but I made some strange mistakes in the first week," said the 2018 Dakar champion.

"When I see Luciano on Day 4, I knew I had lost 20 minutes. Then I knew the race [for victory] is more or less over. In rally-raid, you can have 11 perfect days but you can mess up this one day and your race is done.

"Then you feel this already on Day 4, then for sure it’s a tough and long race. It was really hard to keep motivated. When you see the goal goes away on Day 4 already, it’s tough."

The Austrian added: "We want to win again next year, we have to work on the new bike, we have to adapt our working for Saudi Arabia, because the race looks different than it was in South America. There are many things to do."