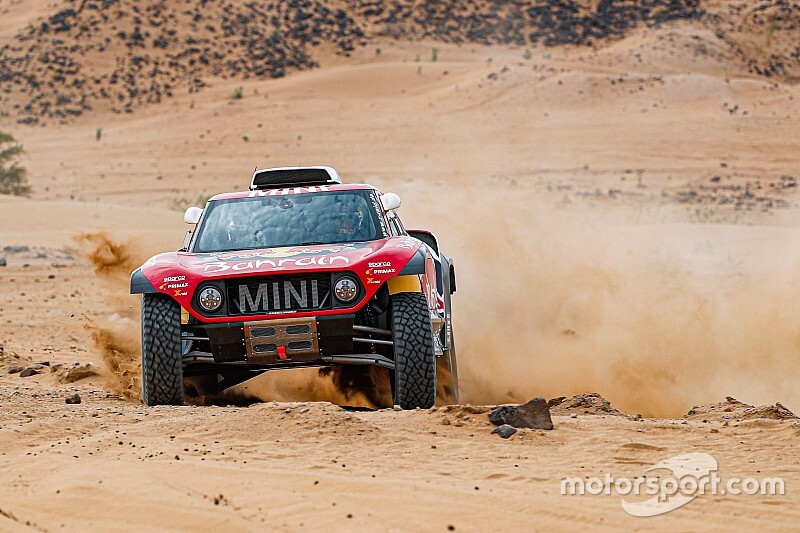 The X-raid Mini team shouldn’t be “underestimated” just because it has scaled down its Dakar Rally programme to two buggies, says team boss Sven Quandt.

X-raid’s assault in the 2020 edition of the event will be fronted by Stephane Peterhansel and Carlos Sainz Sr in a pair of Mini JCW Buggies, Cyril Despres having left the team.

This puts the German outfit on a weaker footing against its principal rival Toyota, which will field a quartet of factory-supported Hilux pick-ups for Fernando Alonso, Nasser Al-Attiyah, Giniel de Villiers and Bernhard ten Brinke.

However, Quandt doesn’t believe the reduced line-up will prove to be a disadvantage for Mini, particularly as its JCW Rally 4x4s showed a strong reliability record in the last edition of the marathon in South America.

“The Minis are, how should I say, always something to count on because they will go to the end, that we know. Maybe one stop because of an accident. But I think the rest, from reliability, everybody knows that the 4x4 is like 100 percent going.

“So the buggies they should do their job and that’s the main thing. And with those two drivers, Stephane and Carlos, I think chances are not so bad.”

“I see everybody saw on the last race that we had no technical issues, no reliability issues. So we hope that this stays the same now. We did an extensive test, we cleaned up all the table with everything and the car is in very good shape.”

Ahead of this year’s Dakar rally, Toyota Gazoo Racing boss Glyn Hall said Mini stands to gain “some big advantage” through its powerful turbocharged engine. However, Quandt refuted those claims, saying he expects the two factory cars to be evenly matched in Saudi Arabia.

“I think the speed of both cars is the same,” he said. “They tell me that we are faster than them. It’s a nice thing for them to say.

“But I think there is nothing. I would say even Toyota in some areas is faster. They showed it on the last two races here, that yes it was super fast.

“I’m not quite sure who is better. It depends if the cars are in good state from them and from us and that at the end will decide."