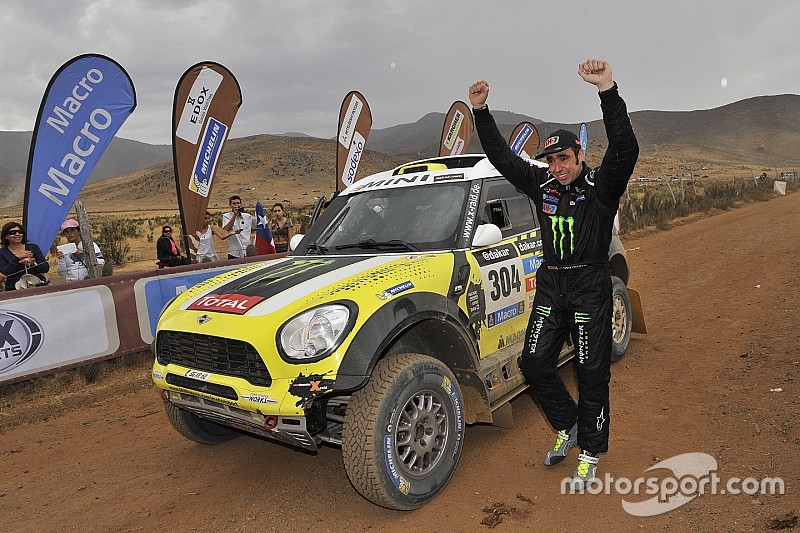 Two-time Dakar Rally champion Nani Roma will return to the X-Raid Mini camp for the 2018 edition of the prestigious event, the team has announced.

His maiden Dakar win had come 10 years prior, in the bike class with KTM.

Roma contested the most recent edition of the race with Toyota Overdrive and finished fourth, as best of the rest behind the three dominant Peugeot cars.

He raced for Toyota as recently as July, taking part in the Baja Aragon.

As preparation for his Dakar reunion with X-Raid, Roma and co-driver Alex Haro will contest October's Rally Morocco in one of the team's Mini ALL4 Racing machines.

He will be one of X-Raid Mini's six entrants in the North African event, joined by ex-WRC star Mikko Hirvonen and fellow cross-country regulars Bryce Menzies, Kuba Przygonski, Orlando Terranova and Boris Garafulic.

Peugeot earlier confirmed it will field Sebastien Loeb and Carlos Sainz in a pair of older-spec 3008DKR cars in Morocco, as its new 3008DKR Maxi is too wide to be eligible for the event.

The 2018 Dakar Rally will take place on January 6-20, spanning Peru, Bolivia and Argentina.