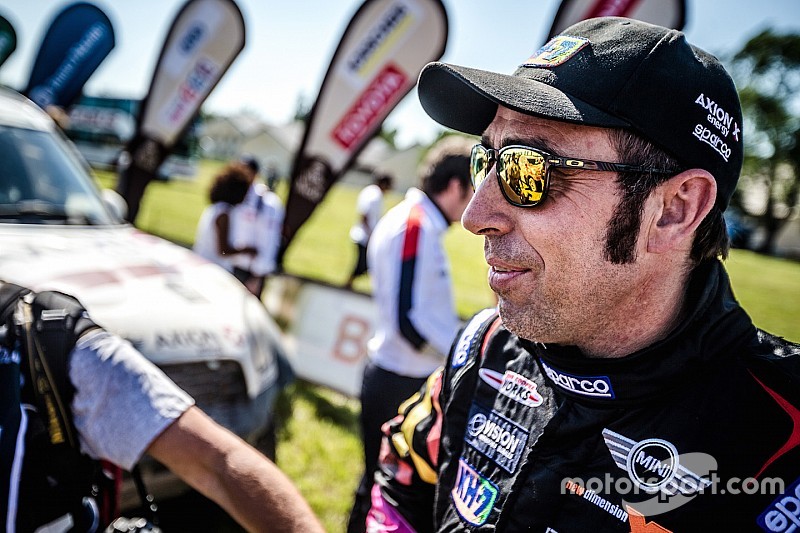 Two-time Dakar Rally winner Nani Roma has joined Overdrive Racing and will thus pilot a Toyota Hilux in the 2017 edition of the race.

The Spaniard is to make his debut with Overdrive in July's Baja Spain.

"It’s a pleasure to finalise my contract with Overdrive Racing to drive the Toyota," Roma said.

"For me, it is a new and passionate challenge in my career and a new opportunity to develop my racing in a new and exciting project. I’m motivated like a kid to work straight away and carry out some testing to finalise our set-up before our next race together at Baja Spain in a few weeks.

"The last five years of my career have been attached to another brand, with whom I conquered all the steps of the podium on the Dakar. It has been an exciting five years with moments of glory and also suffering.

"I value what I have achieved in these years, but now I want to look forward to this opportunity to work with Overdrive and evolve the car and fight for Toyota’s first victory at the Dakar.”

In the 2016 edition of the race, Roma, joined by new co-driver Alex Haro, finished sixth, while the leading Toyota - that of Toyota Gazoo South Africa's Giniel de Villiers - completed the podium.