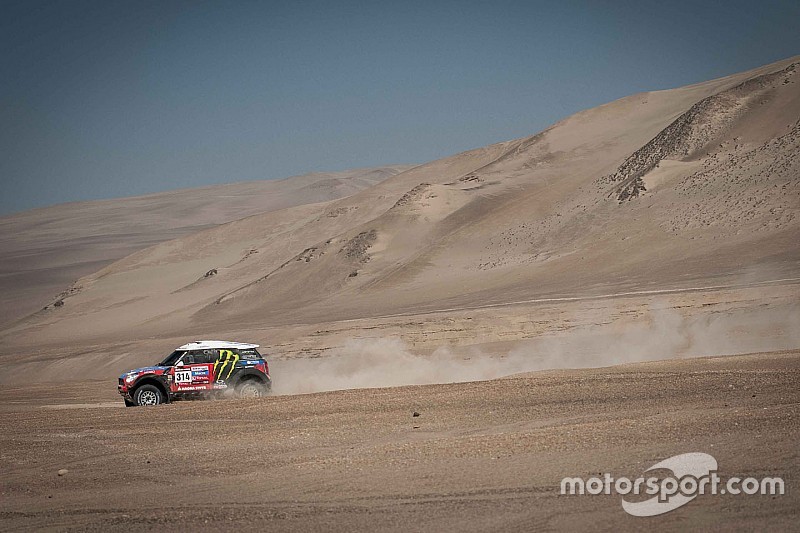 The Peruvian government has announced that it is keen on the Dakar Rally returning to the country in 2018 and that it'll negotiate with organisers ASO to make it happen.

Peru received Dakar for the first time in 2012 and its capital Lima then hosted the opening ceremony of the cross-country marathon the following year. Since then, however, Peru has not been involved in the event.

However, while it had passed up an opportunity to return in 2016 due to concerns over the weather, Peru could be back among the countries hosting the race next year.

"Peru is going to make an investment, like it had done before. We are doing it enough time in advance in order to have the best Dakar that South America has ever had", said Eduardo Ferreyros, Peru's Minister of Foreign Commerce and Tourism in a press conference.

"We expect an economic impact of $300 million dollars through lodging, food and drink sales, and transportation. That in addition to the media impact from national and international coverage.”

Nicolas Fuchs, Peruvian rally ace who finished 12th in his debut Dakar this year, was also part of the press conference and voiced his support for the government's plan.

"All of this will depend on us being able to do a coordinated event, protecting the environment and listening to the authorities. Between everybody we will make this possible,” Fuchs said.

"It will be very important for us to have a worldwide event in our country, to showcase Peru at an international level.”

This year's Dakar was shared among three countries, with Paraguay hosting the opening ceremony and its first-ever Dakar stage before the event moved on to Argentina and Bolivia.

ASO boss Etienne Lavigne said during the 2017 race that Dakar was open to adding more countries to its itinerary – and hinted at an interest in returning to Peru and Chile.

“When we're done organising the 2017 race, we'll knock on the door of each country to see if they want to receive us,” Lavigne said.

“To keep the entry list at the level we have each year we need the support from the countries.

He also said: “We know that in Chile and Peru there are very interesting desert areas for competition.”

As for his long-term plan, Lavigne pitched the idea of a Pacific Dakar, an event that runs from north to south on the continent, featuring not only the countries that have recently hosted Dakar but also Ecuador and Colombia.

“I really like the idea of being able to tell a different story every year, with new things to discover. My dream is to organise one day a trip that crosses the Pacific from north to south. We have everything on paper. The idea is to get out of Santiago or Buenos Aires and reach Cartagena.

“It would be a kind of incredible tour. We'd call it the Pacific Dakar. And that would say much more than the name of an ocean, it would be a symbol among all countries – not only a sporting event, but a cultural and social event.

“I like very much the idea of the encounter between a country and a travelling caravan, it's something not so usual for the world of sports.”