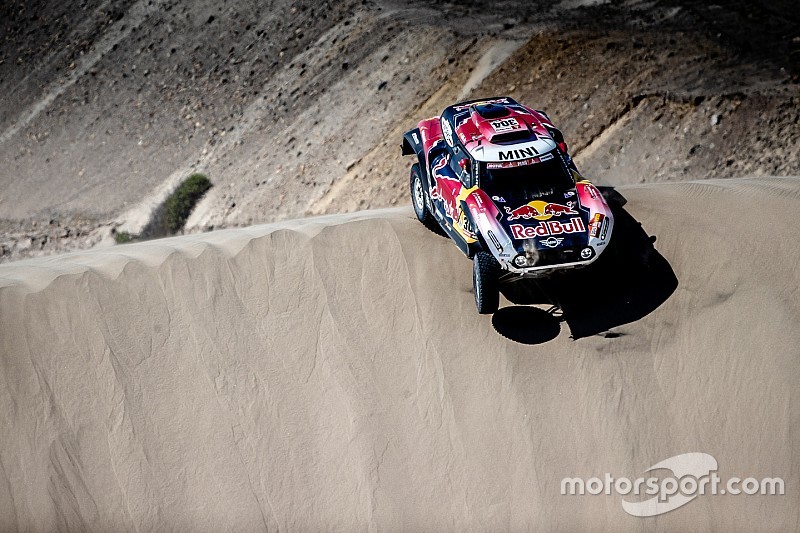 Stephane Peterhansel's co-driver David Castera has been cleared of fractures to his spine after the pair's rally-ending crash on the 2019 Dakar today.

Peterhansel and Castera endured a heavy landing over a dune 26 kilometres into today's test, a suspected back injury meaning Castera needed to be transported directly to hospital in Lima.

It was the second bad landing on the event for the Mini pair, Peterhansel claiming they were left with whiplash due to a drop off a dune earlier in the week.

There's since been good news from the Peruvian capital, however, with X-raid confirming that Castera's injuries aren't as serious as first feared.

"The X-raid team doctor reports that David Castera has only a contusion of the spine," read a statement from the team.

"No bone fractures were found in the spine. In addition, there were no injuries to the capsule ligament.

"The injuries will heal without consequences."

An uninjured Peterhansel drove the car back to the service park following the incident, his slim hopes of securing a 14th Dakar title done and dusted.

Nasser Al-Attiyah is now on the verge of victory, the Toyota driver holding a 51m lead heading into tomorrow's 112-kilometre long final stage.