Stephane Peterhansel says his and his co-driver Paulo Fiuza’s lack of fluency in the English language could prove a major challenge as they contest the Dakar Rally together for the first time this month. 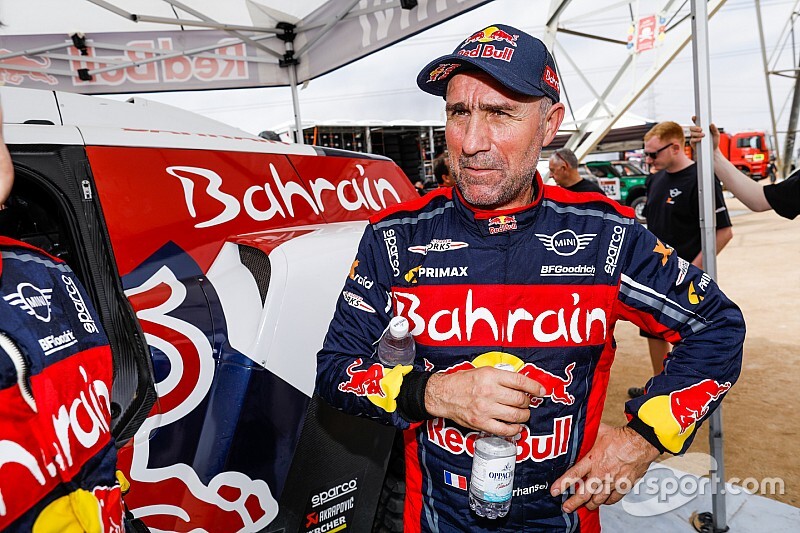 Dakar legend Peterhansel was due to take part in the 2020 edition of the event in one of the X-raid squad's Mini JCW Buggies with his wife Andrea, after the two won last year's FIA World Cup for Cross-Country Rallies as a pair.

However, Andrea was forced to drop out of the rally at the last minute after medical tests revealed a problem with one of her arteries.

Fiuza, who joined Peterhansel in the Riyadh Rally in November, has been drafted in as Andrea’s late replacement, but his Portuguese background means the two will be forced to communicate in English - a language neither is fluent in.

“It’s a little bit strange,” Peterhansel said when asked about his wife’s absence by Motorsport.com. “It’s really a pity because everything was planned together, the season was really good together.

“Sure I’m a little bit sad. It’s really pity but we need to go, we need to do our best with the new co-driver. Our car is really good, team is nice.

“Now I don’t know how it works with my new co-driver because I did 21 Dakars with the car and my co-driver was always a Frenchman.

The roadbooks for six stages will be delivered to drivers just before the start of that particular stage, as part of a new philosophy introduced by Dakar director David Castera.

Peterhansel hailed the move introduced for the first Dakar event to be held in Saudi Arabia, saying it will shift the focus more from speed towards navigation.

“I’m really happy with that because it will be little bit like in the past when I started with motorcycle,” said the 13-time event winner.

“When I started with motorcycle, it was no goggles, nothing. It was just everyday you discovered the new track, the new roadbook, you don’t know where you go before. Now it would be a little bit like that.

"I think this year it will be, the part of navigation will be really important. I think it will not only be the fastest guy [who is] the winner, but the best in navigation.” 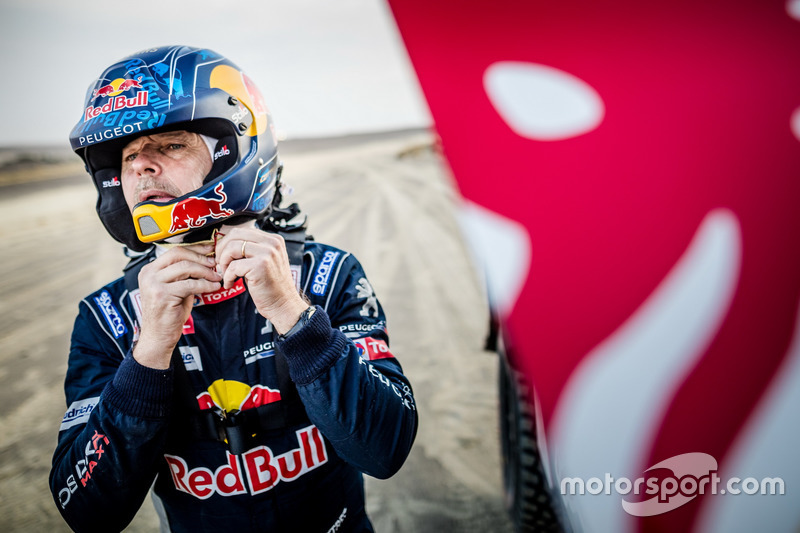 Peterhansel’s former co-driver Jean Paul Cottret, with whom he won all seven of his Dakar titles on four wheels, will drive the opening car as part of a new role with event organiser ASO.

Cottret’s job will be to review and suggest changes to the roadbook based on his vast experience as a navigator.

The Frenchman has been assigned this role by Castera following complaints from drivers about the roadbook in the Morocco Rally, an event organised by Castera’s own company ODC.

Cottret’s new role with ASO means he will not compete in Dakar for the first time since 2002. He finished fifth in last year’s event as Cyril Despres’ navigator at Peugeot, with Castera himself having partnered Peterhansel in 2019.

"After Morocco, when I saw the failures we had there, I realised that you have to have a very good person to open the track and we did not have it,” Castera told Motorsport.com.

"I asked him [Cottret] to come because he had other offers but if he entered the organisation, he was definitely leaving the competition. He hesitated a lot, but I insisted that he had to come to Saudi Arabia to tell me what he thought of the route.

"Hiring Cottret and [another ex-Dakar driver] Thierry Magnaldi means that at the navigation level we could not have anyone better. He is someone who has an enormous experience to help me correct and write the roadbook. We have done something that was never done before.

“We sent him a month ago to do the route for the first time and see how the navigation level we have prepared was. We made some corrections that were very positive".

Alonso adamant he has "nothing to prove" on Dakar