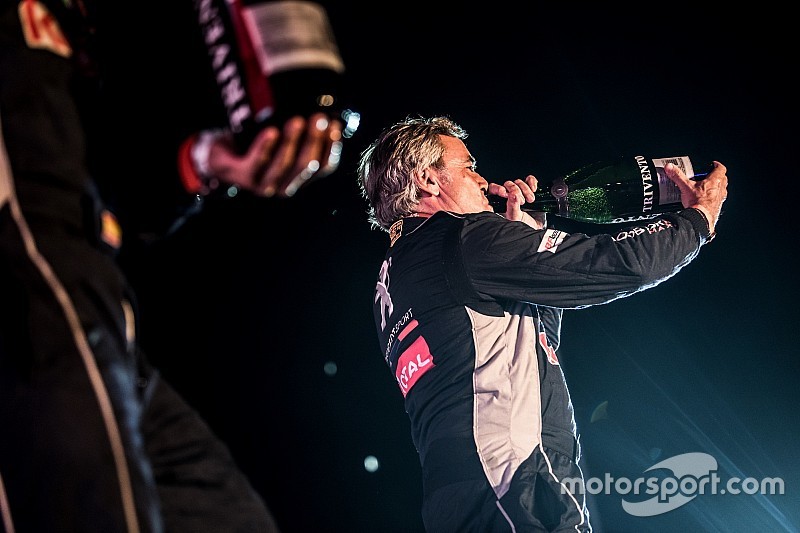 Carlos Sainz admits his cross-country rally stint with Peugeot would've left a “bad taste” if he failed to score a Dakar win for himself.

Sainz, who won his first Dakar in 2010 with Volkswagen, joined Peugeot ahead of the marque's return to the event in 2015.

Peugeot needed only two attempts to conquer the Dakar after coming back, with Stephane Peterhansel triumphing in 2016 and adding a second win the year after.

Sainz, for his part, had retired from his first three Dakars with the Peugeot buggy – but scored a last-chance victory in 2018, after Peugeot had announced the programme was coming to an end.

“I decided to face this chapter four years ago with Peugeot, to work with them to make a two-wheel-drive car a winner,” the two-time WRC champion told Motorsport.com.

“This was achieved in the second year, and they've won in the past three years. I contributed my grain of sand.

“But it's true that our victory was missing, and I would have been left with a bad taste in my mouth, having worked so much on this project, on this car, had I not achieved a personal victory.”

Despite his 2018 Dakar triumph ending up a relatively comfortable, as he finished 44 minutes clear of his nearest rival, Sainz described the pressure of the marathon as “brutal”.

“There are a lot of scares because there are many traps along the route. The stress of these two weeks is brutal.

“Then there was the penalty, mechanical problems... It's two weeks of a lot, a lot of stress, and you have to take it calmly, go day by day.

“That's what I tried to do, focus on the day-to-day and not look at the longer term.

“I have it in my DNA to never throw in the towel and that is accentuated here in the Dakar. It's a very special race and a challenge that takes all drivers to the edge."

Walkner: "Luck was on my side" in Dakar triumph