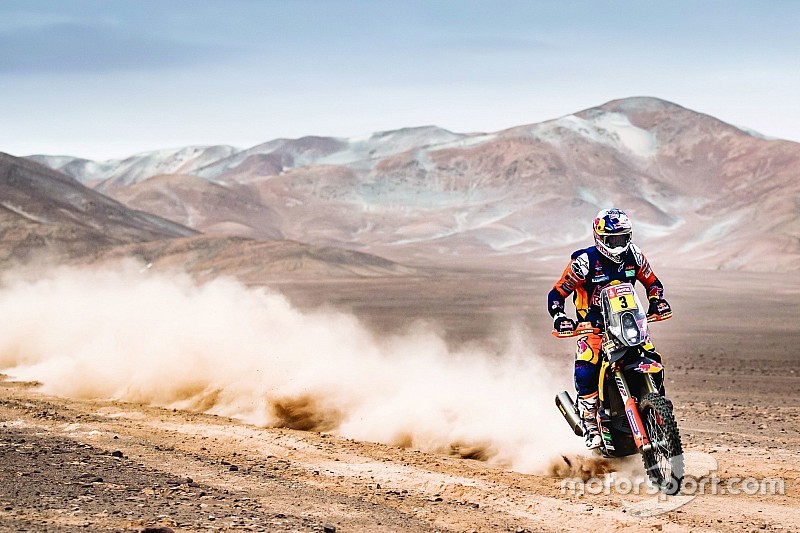 Toby Price has ditched the bike class in favour of a truck for the this year's Finke Desert Race in Central Australia, in a bid to be fully fit for his 2020 Dakar bike title defence.

The Aussie has competed in the truck class at the last three Finke events, however he's generally doubled up and also competed in the bike class, which he's won six times.

The only exception was 2017, following the Dakar crash that left him with a broken leg.

A fitness hangover from Dakar has ruled him out of the bike class again this year, Price opting to stick to trucks to spare the injured wrist that he struggled with in Peru back in January.

Having undergone surgery straight after returning home from his dramatic Dakar win, he's now looking to play it safe at the Finke and make sure he's fit for his 2020 Dakar defence.

"Racing only the truck is the safer option to know that I'll be ready for Dakar 2020," said Price.

"After the injury, I'd like to focus on one category and the one I haven't won yet. Bummed I'm missing out on the bike but I've got to look to the future and be smart about my injury at the moment."

He is planning on returning to the bike class at next year's Finke, however, with hopes of conquering two classes in the 480-kilometre event on the one weekend.

"The double is not out of sight. It's something I know I want to do and I want to achieve in future."

The Finke Desert Race will take place between June 7-10.