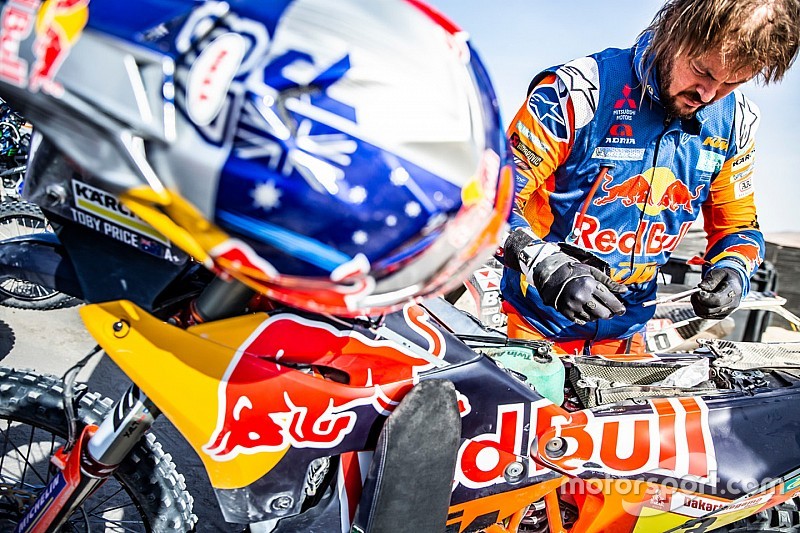 Shock 2019 Dakar winner Toby Price has made a spectacular homecoming to Australia, including a unique bike salute out the front of Brisbane Airport.

The scale of that achievement was recognised in fitting fashion at Brisbane Airport on Sunday, a huge turn out of fans putting on a hero's homecoming for Price.

It even included a traffic-stopping bike salute.

According to Price, support from back home was huge motivation as he battled with fitness throughout the event.

"It was tough times; I definitely didn't want to wake up the next day and continue," he told news crews.

Price is now set to undergo scans to determine if his right scaphoid, initially broken during pre-Dakar training last December, has sustained any further damage while in the Peruvian dunes.

Why Loeb cannot be allowed to give up on Dakar