Robby Gordon presses on as Dakar Rally nears the finish 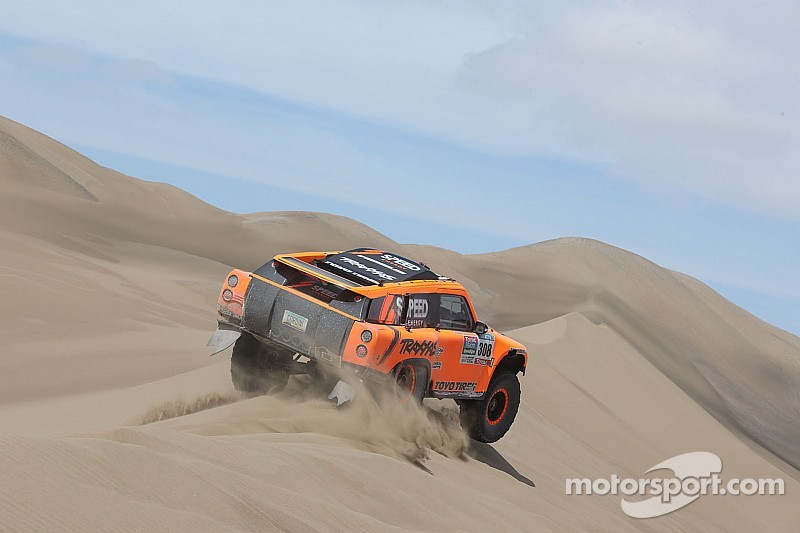 Another tough stage for the American team.

SALTA, Argentina – Robby Gordon endured another tough day on Wednesday during his route back to Buenos Aires in the 37th Dakar Rally, finishing 21st in Stage 10 – a high-altitude course along the Chile-Argentina border.

Wednesday’s race saw the attrition rate of the car class reach 50 percent, with only 71 of the 138 entrants at the starting line. Others are expected to drop out following Stage 10, including defending Dakar Rally champion and Stage 9 winner Nani Roma of Spain who crashed hard just before the midpoint of the stage, barrel rolling his Mini several times.

On Thursday, the cars will race from Salta to Termas de Rio Hondo, Argentina. After a long 326-kilometer (203 miles) liaison, both drivers and navigators will have to have complete concentration on the short 194-kilometer (121 miles) special which will feature fast roads lined with trees.

Follow the Dakar Rally through live timing and scoring as well as live updates at planetrobby.com. NBCSN will provide daily highlights beginning Jan. 5., check local listings for exact channel and time in your area.