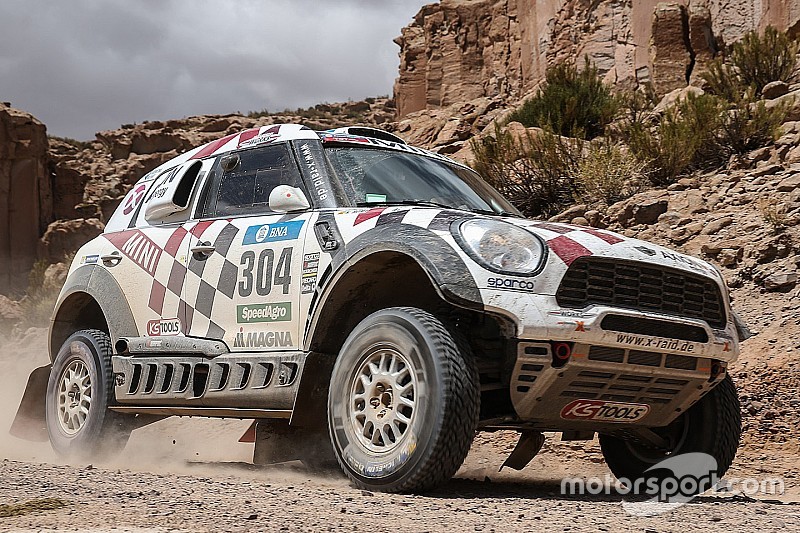 Mini driver Nani Roma has admitted he has found it a challenge to adapt to working with Alex Haro in their first Dakar Rally together.

The 2014 Dakar winner has endured a difficult 2016 rally thus far as he sits 12th in the overall standing at the end of Stage 7.

Roma revealed that working with Haro has been an uphill task as Dakar is only the second cross-country rally the two are contesting together, having previously teamed up for last year's Qatar event.

The duo, however, have also done a few shorter gravel rallies in Spain.

“One thing I realise now is that me and Alex Haro, we haven’t had a lot of time together,” Roma said.

“Every time when we hit the road part, it is perfect and I don’t need anything - but when we get to different terrain, every time and every day, I need to stay with Alex and explain things to him.

“All the time it is learning and it is difficult when you start to go really fast and, at the same time, teach someone who is trying to learn," continues the Spaniard.

“It is complicated, but Alex has to do a big job - it is really amazing for us to have only done Qatar and now be here.

“He has done well, every day it is getting better and better but, of course, it is not very easy for me,” he added.

While 2016 marks Roma's 20th Dakar, it is only Haro's second as he made his debut alongside paraplegic driver Albert Llovera in the 2015 edition, finishing 41st.

Analysis: How Peugeot has been able to dominate the Dakar