Carlos Sainz Sr says the X-raid Mini team's lack of Dakar Rally experience with its current buggy leaves him with reliability concerns ahead of the 2019 event.

Sainz won last year's edition of the rally with Peugeot, but the manufacturer's withdrawal from cross-country rallying means he will defend his title with X-raid.

The squad has Dakar pedigree, and won four-straight editions with its four-wheel drive Minis from 2012-15, but its '18 buggy was hurriedly developed the year before and arrived at the last-minute before the Dakar.

Two-time World Rally champion Sainz said X-raid's development had been "huge" since he first tested it in June, but conceded the Mini squad still has far less experience of the event than Toyota - which is likely to be its main rival for honours in 2019.

"I'd say we have every chance," said Sainz, who also tested Toyota's Hilux before joining X-raid. "Lucas [Cruz, co-driver] and I are happy since we joined forces and entered this new project to race the Mini buggy.

"Since the first test in Morocco in June until now the car's evolution has been huge. But we have to keep in mind that it's a car that's very new to raids, as it made its debut in last year's Dakar.

"That means that it doesn't have years of development like the Toyota or the four-wheel drive Mini.

Sainz added that although this year's event will be shorter - the Dakar will take place exclusively in Peru and features five days less competition in 2019 compared to the year before - he expected it to be as tough as previous editions.

"I expect an intense, complicated Dakar," he said. "Even if it's shorter, the percentage of dunes is very close to 100 percent, so a 300-kilometre stage will take us around five hours, with a trap every minute and huge stress in every stage.

"The stress this year is going to be higher and the amount of accidents [will be] too.

"Every day, every kilometre things are going to happen. Until the final kilometre and until you are at the finish, you won't be able to relax.

"If you have a 20-minute advantage on the final day and there's dunes ahead, you can't be relaxed.

"There could be many surprises. Last year we saw how hard Peru was over the first five days, when just two drivers were left in contention for the win."

Sainz will be joined in the X-raid line-up by Cyril Despres and Stephane Peterhansel, who were also part of Peugeot's works Dakar line-up in 2018, plus Nani Roma. 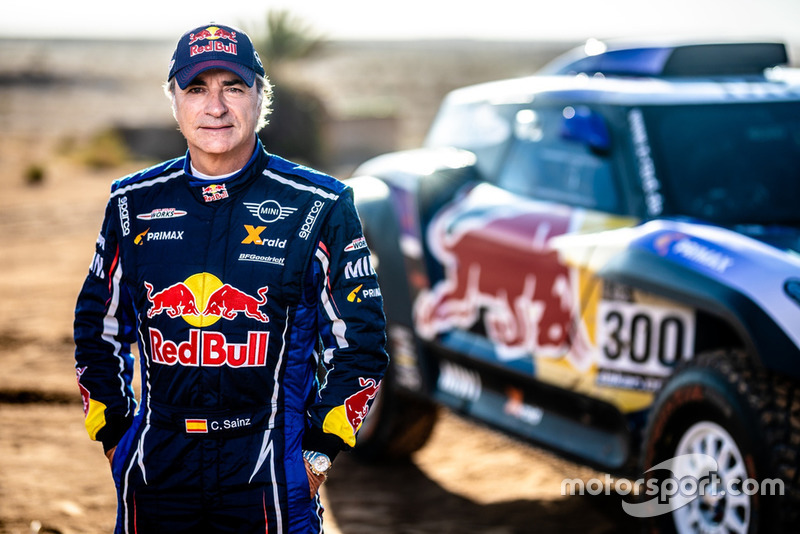 Loeb will approach Dakar 2019 with "humility"