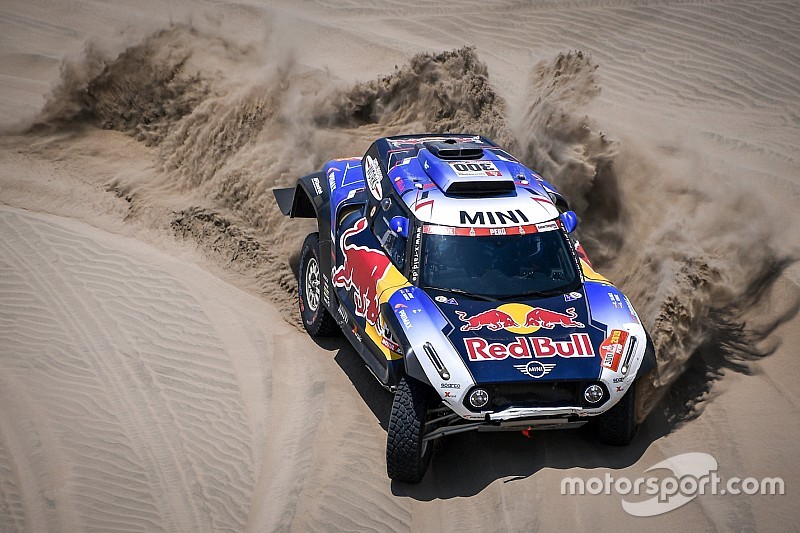 Carlos Sainz Sr will remain with the X-raid Mini squad in his quest to earn a third Dakar Rally title next January in Saudi Arabia.

The WRC legend and two-time Dakar winner will make his second consecutive start at the wheel of a Mini John Cooper Works Buggy, having switch over to the X-raid outfit after Peugeot halted its works programme in the wake of his victorious run in the 2018 rally.

Sainz had been weighing up his options for the 2020 race, with Toyota having expressed an interesting in the Spaniard's services, but those discussions amounted to nothing and it is expected that the 57-year-old will sign a fresh deal with X-raid this week.

"I am waiting for arriving to a deal with Mini," Sainz told Motorsport.com last weekend in Monza, fresh from testing the JCW Buggy at Aragon at the end of August.

"It is still basically same car as last year, still with Red Bull [sponsorship], and we are trying to see if we can put together a deal. We need to know next week at the latest, because obviously we want to do [Rally] Morocco [on 3-9 October], like always."

Sainz and his co-driver Lucas Cruz had problems with the JCW Buggy from the early stages of last year's Dakar in Peru, but the X-raid team believes that it has the potential to fight Toyota, which took victory this year with Nasser Al-Attiyah.

"I think the car has been improving, and we tested a little bit couple of weeks ago, and I think the team is bringing some development for Morocco if we do it," added Sainz. "And we should be able to be more competitive than last year."

Although Mini's parent company BMW has cut back on its investment in the X-raid project, it seems likely Sainz will be partnered again by Stephane Peterhansel in 2020, although it's believed team boss Sven Quandt is pushing to again have a third buggy for Cyril Despres.

Such a line-up would allow X-raid to take on Toyota on equal terms, with the Japanese marque hoping to field Fernando Alonso alongside Al-Attiyah and Giniel de Villiers in Saudi Arabia.

Price to consult doctor after experiencing numbness on comeback