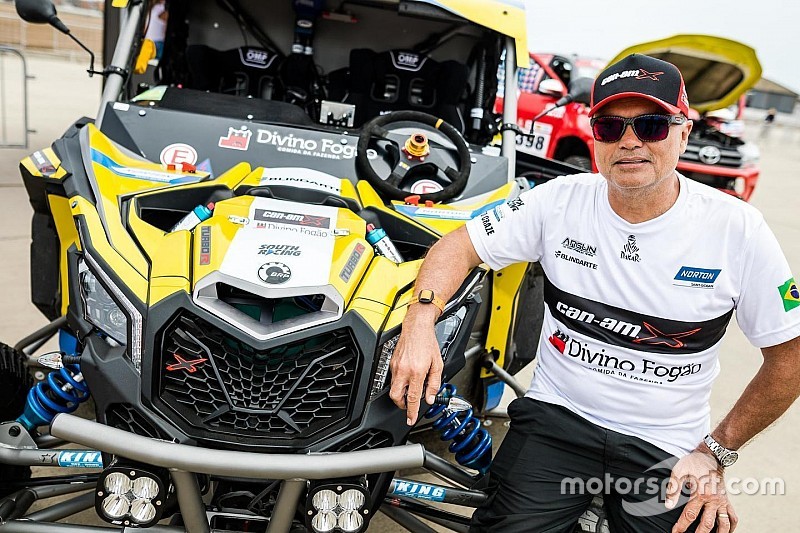 Lima (PerÚ): South Racing announced a ground-breaking new collaboration with Can-Am back in May 2017 and this partnership with the off-road vehicle manufacturer will bear fruit when the team runs a pair of Can-Am Maverick X3s in the new SxS category under the South Racing Can-Am Team banner at the Dakar Rally. Can-Am is a subsidiary of BRP, a global leader in power sports.

The 40th anniversary event kicks off in the Peruvian capital of Lima tomorrow (Saturday, January 6th) and finishes in Córdoba, Argentina, on January 20th.

The experienced Brazilian duo of Reinaldo Varela and Gustavo Gugelmin will run the first of the cars (No. 356) in the ASO’s new SxS category, while the Argentinean pair of Leonel Larrauri and Fernando Imperatrice will drive the second South Racing Can-Am Maverick X3 (No. 362).

Varela is one of the most experienced of all the Brazilian drivers and the Divino Fogão Rally Team driver has competed across the globe in a wide range of vehicles. His best result of the 2017 season was a fine second overall in Brazil’s Rally dos Sertões.

Larrauri has extensive motor sport experience and has tackled a number of Argentinean cross-country rallies, although his background is racing with Class 3 success in the Argentinean National Touring Car Championship. He is the nephew of former F1 racing driver Oscar Larrauri and hails from Sante Fé. 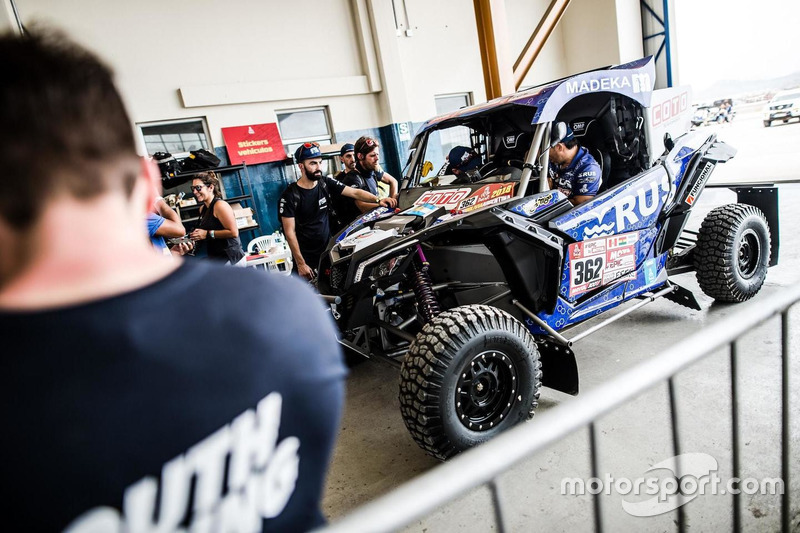 “Since competing in the 2016 Desafio Ruta, the Dakar was the immediate objective,” said the Argentinean. “It will be a great personal challenge and I know we will face long days. Our goal is to arrive at the finish. I know the sand and the dunes at the start will be the first obstacle to overcome.”

A third Maverick X3 chassis (No. 359) was built by South Racing and has been entered in the event by the 37-year-old Peruvian debutant Juan Carlos Uribe, who takes part in the event with navigator Javier Uribe Godoy and support from Can-Am Perú, Alsol, Friopacking and Chiawel Agro. Uribe is a vet in Ica, while his co-driver works as a surgeon in the Pacific coastal town.

“Our goal will be to complete the Dakar,” said the driver. “But we must also look at the possibility of winning our category. We believe that we are strong and will try and make a difference in the Peruvian dunes. We won the Dakar Challenge in the Inka Challenge and that has motivated us for a good result.”

A South Racing performance kit has enabled Can-Am customers to upgrade showroom vehicles with key safety and technical parts, in addition to the company selling complete race-ready vehicles to enable teams to compete in various championships around the world. The initial entries in the world’s most famous off-road rally will be a major test for the vehicles on a global stage in treacherous and demanding conditions. 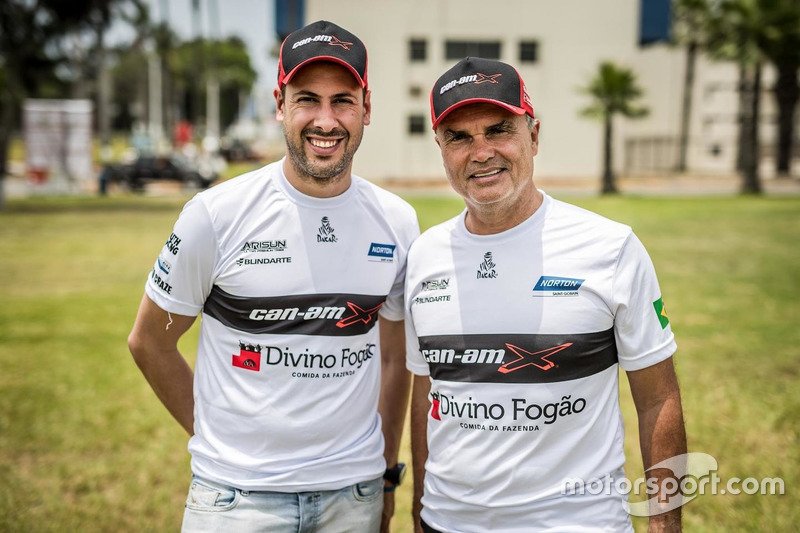 “These are exciting times and a lot of development has gone into this project,” said South Racing’s managing director Scott Abraham. “To be able to work with a company like BRP has been great, especially on this new side-by-side category. This is our first Dakar with this type of vehicle and, with that, there is an understandable amount of anxiety before the race. But we are well prepared, have a large stock of spare parts and a strong driver line-up. The goal for the Dakar is to bring all the cars to the finish in Córdoba and see how the event progresses so that we can build on that in the years to come.”

“Like every Can-Am, the Maverick X3 performs best when faced with a challenge. This experience is lived every day by our consumers, as much as our racers. This is why, for its first full year of competition, the Maverick X3 has won prestigious championships and races across the world. Best in the desert in the USA, Pont-de-Vaux in France, Rally dos Sertões in Brazil, just to name a few. New for 2018, South Racing has put all its expertise and experience into developing a Maverick X3 for the Dakar, the toughest rally-raid in the world. Knowing Scott, I’m very confident in his ability to propel Can-Am the highest as possible,” said Oliver Camus, Director of Global Product Strategy for Can-Am.

There will be one SxS category at the 2018 Dakar Rally and the Can-Ams will line up against other entrants from the T3.3 class. The Can-Ams are powered by 172hp Rotax ACE turbo-charged engines with a maximum permitted engine cylinder capacity of 1050cm³, although a production turbo is permitted.

Lima was the host city for scrutineering and administration formalities at the Dakar, although the event starts formally on January 6th. The first five days take place entirely in Peru, with the town of Pisco on the Pacific shore line hosting the first two overnight halts on January 6th and 7th, after stages through tricky coastal dunes and sandy plains. 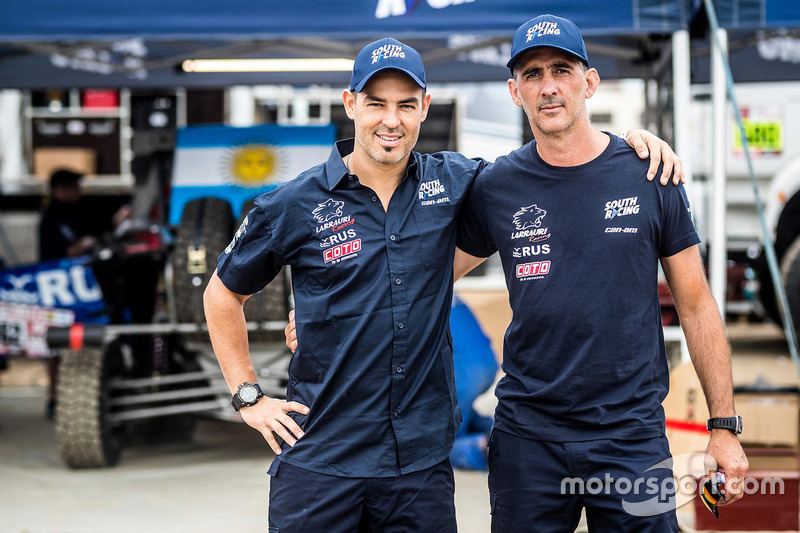 The rally then moves on to the town of San Juan de Marcona, the iron ore mining and fishing hub, near Nazca, in the Ica region for the next two nights and further sandy stages at lower altitudes in higher temperatures. Teams then begin the climb into the Andes on January 10th and a night stop over in Arequipa, Peru’s second city surrounded by three towering snow-capped volcanoes.

The crossing into Bolivia takes place on January 11th and teams tackle a tricky stage to La Paz, the location for the rest halt at altitude on January 12th. From La Paz, the route heads across the Altiplano and across the notorious salt flats and treacherous tracks to the town of Uyuni - a regular stop-off on recent Dakars. The route then takes teams to Tupiza, a city located at 2,850 metres above sea level in the Potosi mining department of Bolivia, on January 14th.

The Dakar caravan crosses into Argentina on January 15th and teams head to the northern city of Salta via a challenging special stage. The small town of Belén in Argentina’s Catamarca province plays host to the teams on January 16th, before the route heads towards Chilecito in the foothills of the Andes and the La Rioja province on January 17th.

Teams will tackle the notorious white dunes of Fiambalá before arriving in San Juan on January 18th and then heading across the vast wastelands of north-western Argentina to the country’s second city of Córdoba. Classic WRC-style tracks will be the focus in this region around Mina Clavero and Villa Carlos Paz before a short final stage on January 20th precedes the finish in Córdoba.

Ten things to watch for in the 2018 Dakar Rally