Honda has "much better cards" for Dakar win than KTM

Matthias Walkner believes Honda has “much better cards” for the second half of the Dakar Rally than KTM following its impressive start to the 2020 event. 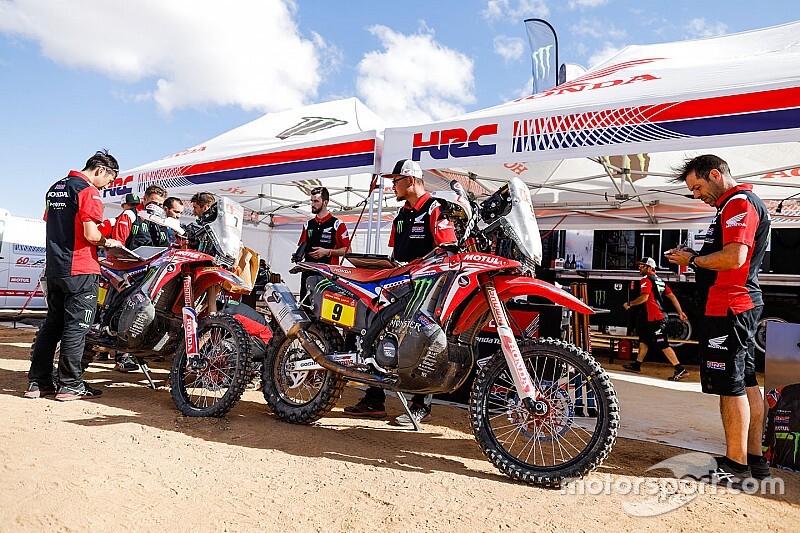 The Japanese manufacturer has put itself in a strong position to take its first Dakar triumph since 1989, with Ricky Brabec leading the Husqvarna of Pablo Quintanilla by 20m56s at the midway point of the rally.

KTM, which has enjoyed an unbeaten 18-rally streak since 2001, is only third with Toby Price after the Australian lost time in the latter stages of Stage 6.

Walkner, who himself sits over 30 minutes adrift of Brabec in sixth, believes Honda is well-placed to end KTM’s winning run in Dakar this year.

“Yeah, sure this day will come - if not this year then next year or two years later,” Walkner said.

“Because it’s already crazy to win 18 times in a row but also it’s interesting for the challenge and was already many times looking that Honda, Yamaha was quite strong [but] in the end we win again.

“But sure I think at the moment Honda have much better cards than us but you see with Kevin [Benavides' engine failure] how quick it can change. The guys have to keep fighting until the finish.” 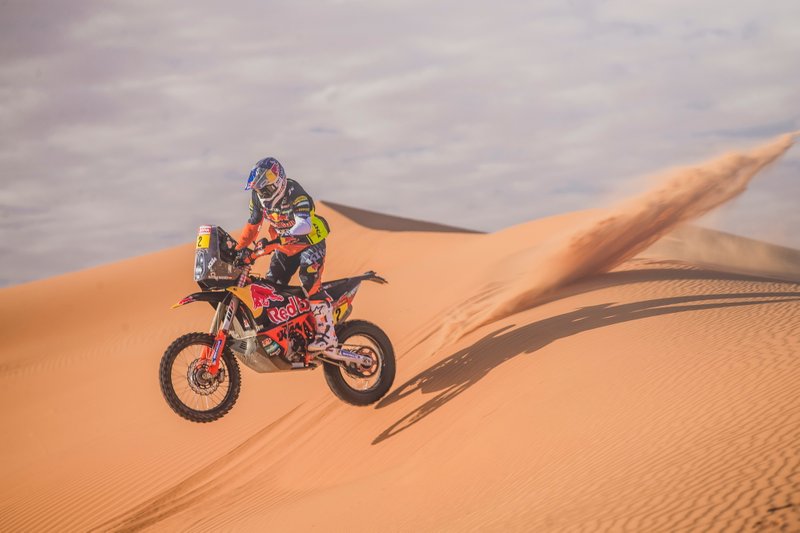 The Dakar Rally will resume in Riyadh on Sunday, with crews covering a total competitive distance of 2,720km over six stages before the final checkpoint in Qiddiya.

Asked if he has a strategy for the second week of the marathon, Walkner said: “No, not really. I just try like always do to give the best day-by-day ‘cause in the end I can change nothing.

“Also we see how quick it can change. Today Kevin broke the engine, Toby had some problem with the wheel.

“My big wheel also gets squelched and almost broken two days ago, I get 24 minutes lost. You cannot make really good strategy for Dakar, just do the best day by day.”

Price was able to minimise the damage to his Dakar 2020 prospects after borrowing a real wheel from Andrew Short, a rider for sister Husqvarna team.

"With me being an hour down [in the general classification] I did the quick math with where I knew everyone was at around me and I made a decision I thought was best for everyone involved," Short recalled on social media.