X-Raid and their Minis are the ones to beat

A record number of Minis…and motivation to match.

With 12 cars at the start, including the Minis of Stéphane Peterhansel and Nasser Al Attiyah, X-Raid lines up as the team to beat in the Dakar 2014. However, the fortress could be besieged by the rapidly developing buggies, or perhaps by the Toyota of Giniel De Villiers. 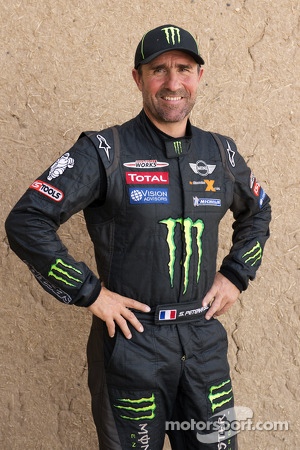 That is what we can call an ‘Armada’. X-Raid has 12 entries in the Dakar, 11 of them Minis, i.e. the car that has shown its superiority in the last two editions of the rally. At the wheel of these winning machines, 5 drivers have already been in the elite Top 5 of the Dakar: Orlando Terranova (5th in 2013); Krzysztof Holowczyc (5th in 2009 and 2011); Joan ‘Nani’ Roma, winner on bikes 10 years ago and 2nd in cars in 2012; and, above all, two previous winners of the race: Nasser Al Attiyah in 2011 at the wheel of a Volkswagen, and the master of the discipline, eleven-time winner Stéphane Peterhansel, with 6 titles on a bike and the last 2 in the team led by Sven Quandt. The duel promises to be between Peterhansel and Qatari ‘recruit of the year’ Al Attiyah, who has fallen for the charms of the Mini after his buggy experience last year. Nevertheless, the temperament of the three other top-line competitors in the group makes for a fierce battle that will set the race alight … not forgetting the internal battles that sometimes work against teams!

As a result, the rivals who already showed their teeth in 2013 will not necessarily have to depend on problems experienced by the Minis to have a go at the podium. Toyota claims that the developments made on the Hilux have made it even more competitive. As if that were not enough, Giniel De Villiers – the winner of the first Dakar in South America – did a nice warm-up by finishing 3rd and then 2nd in the last two years! The South African has certainly earned his stripes and is up there in the front row of pretenders to “King Peter’s” throne. Another discreet but very steady competitor is the Portuguese Carlos Sousa, leader of the team of official Chinese manufacturer Haval. His ambitions are probably focused on the medium term, as is the case of Ford with Lucio Álvarez from Argentina. 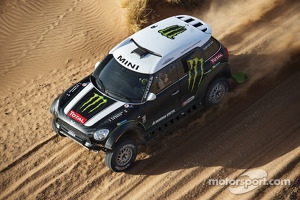 Another style, but with the same level of conviction … there are more and more buggies, driven with panache and a certain kind of efficiency to make the walls of X-raid’s fortress tremble. Philippe Gache, who got two of his new buggies into the Top 10 last year, is aiming even higher for 2014 and has perhaps given himself the means to achieve it by attracting 2010 winner Carlos Sainz to his team. The options are also wider in two-wheel drives, with Eric Vigouroux’s development of a vehicle designed last year by Damen Jefferies: it had already won four stages in its initial version with Al Attiyah and Sainz at the wheel. Now with better reliability, his two ‘Colorado’ prototypes will be driven by BJ Baldwin, the American off-road star, and Guerlain Chicherit, recruited at the last minute by the Franco-American team. Finally, Robby Gordon has reduced the volume of the Hummer he will line up with in Rosario, but without losing an iota of motivation to try and upset the hierarchy.

Rodger Brogdon moves up to Pro Stock in 2007