X-raid: The waiting is over 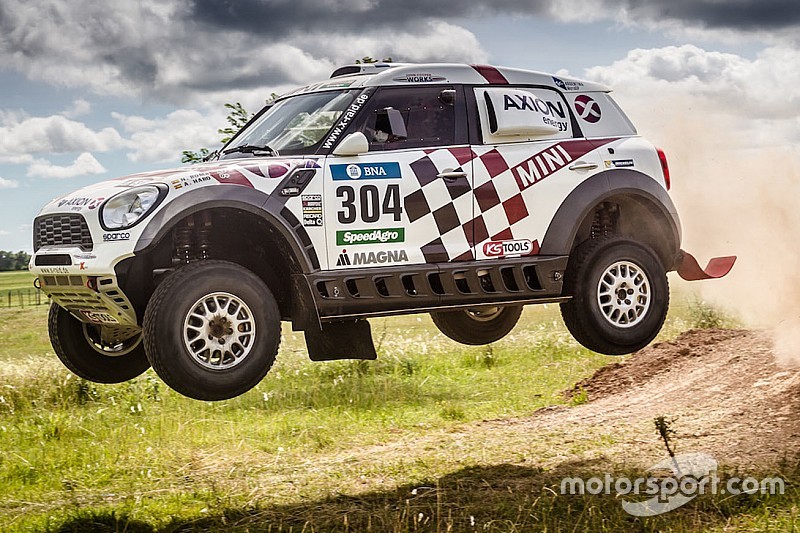 The 2016 Dakar will be kicked off with a prologue

Just a few more hours until the 12 MINI ALL4 Racing vehicles will roll over the start podium in Buenos Aires. X-raid has completed all the on-site preparations and is ready to tackle the 16 stages across Argentina and Bolivia. On Saturday, the Dakar schedule features a prologue contested outside of Buenos Aires and the day after tomorrow, the first stage will take the field to Villa Carlos Paz.

On the past four days, the Trebur based team worked extremely hard. The last part of the preparations began on 29th December when the team collected the racing and service cars in the harbour. In late November, the team had brought the entire baggage to Le Havre and from there, they were shipped to South America.

All the preparations in Buenos Aires completed

To find out if all the MINI ALL4 Racing cars had survived the shipping unharmed and to conduct the final checks, two shakedowns were executed on 30th and 31st December. At an area located about an hour from Buenos Aires, the drivers covered the final kilometres prior to the start. “In a shakedown it’s not about testing the car,” revealed Nani Roma. “After a few kilometres we know if everything is fine with our MINI ALL4 Racing - and that’s it.”

On first January, crews and mechanics couldn’t sleep late although it was New Year. After all, the MINI ALL4 racing vehicles as well as the drivers and co-drivers had to come to the Technopolis for the administrative checks and the scrutineering. During the scrutineering it was controlled if the racing cars met the technical regulations. Afterwards. the 12 MINI ALL4 Racing Armada was taken to the parc fermé where working on the cars is absolutely prohibited. Only tomorrow morning, the crews may get back to their cars. In addition, drivers and co-drivers also had to pass the administrative checks and submit all the necessary documents.

“We finally get started. The past days were busy but the tension kept on increasing all the time,” said X-raid team manager Sven Quandt. “When the rally is running, we virtually are getting in a kind of routine. Everybody knows their tasks. We are prepared as well as possible.”