Flames, famous drivers star in 'Night Under Fire' at Summit 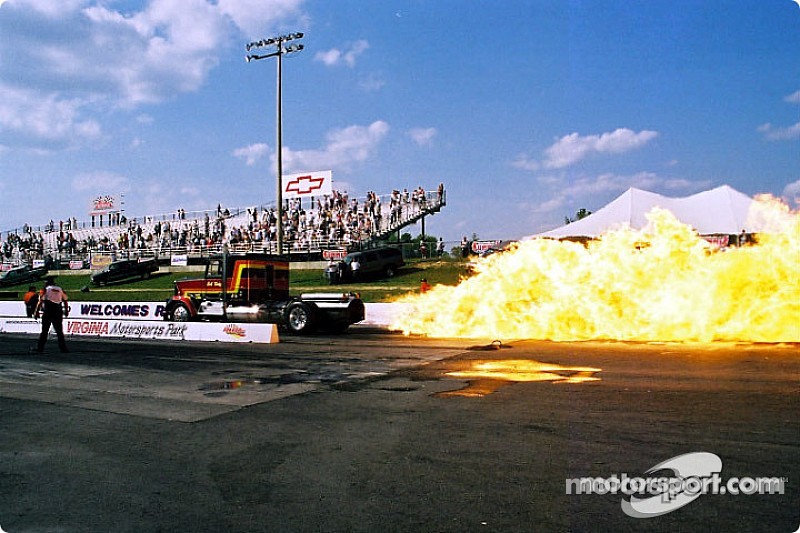 Drivers include Bob Motz and his jet-powered semi.

The carefully-designed spectacle also will boast jet engine-powered dragsters piloted by Jill Canuso, Ernie Bogue, Scott Holdridge and Lou Pereira, AA Gassers and the jet engine-powered semi-truck wheeled by Bob Motz (in photo above), which is daunting in the darkness as its turbine spools, flames shoot from its simulated stack-style exhaust and its after-burner pops as it inches forward.

Adding to the anticipation is an assortment of surprises that will occur on the track as well as in the sky.

The evening will end with a $100,000 display of fireworks ignited from multiple locations in red, white, blue and other colors that dance to choreographed patriotic music, followed by an explosion of gasbombs that reverberate throughout the facility.

'More than a drag race'

"The Night Under Fire is more than an event and more than a drag race," said Bill Bader, Jr., president of Summit Motorsports Park. "It's a 37-year family tradition that is passed on from generation to generation. It's our signature, the event that put Norwalk on the map."