What to expect from the 2020 DTM season 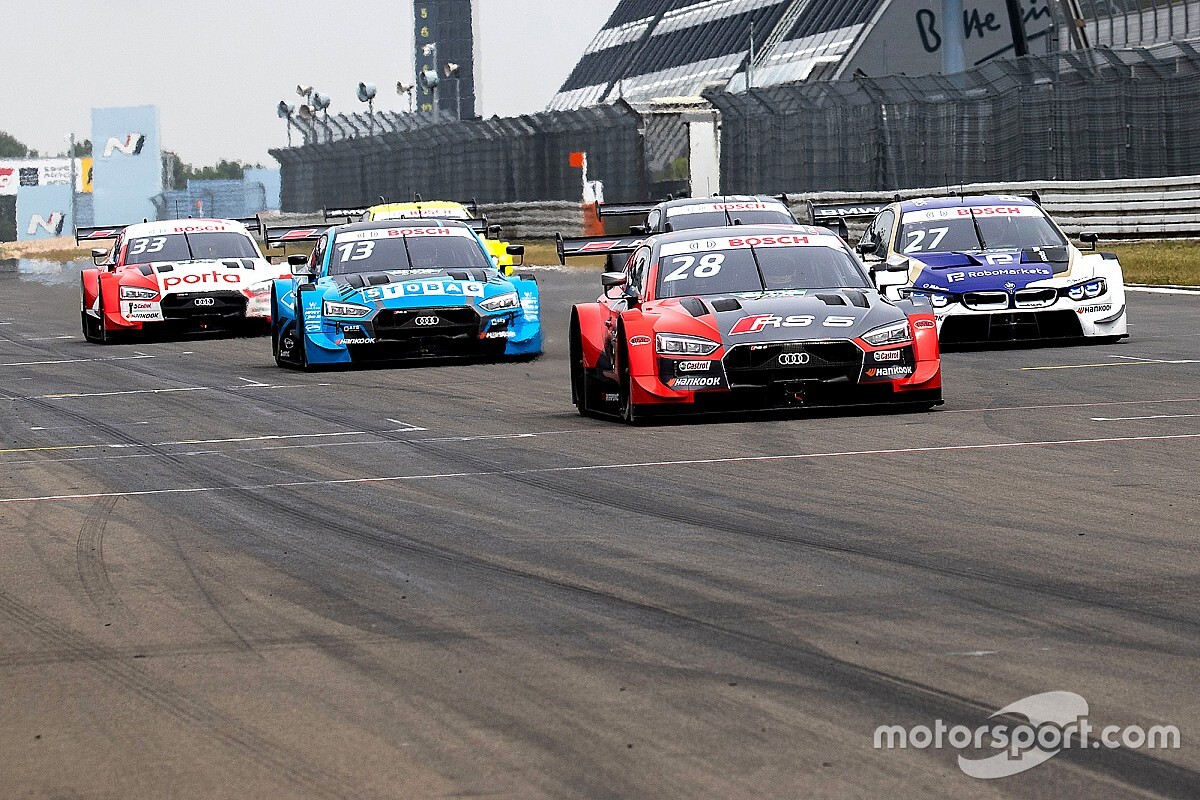 Despite all the uncertainty about its future, the DTM still has all the ingredients to deliver a cracking 2020 season, as Audi and BMW duke it out for one final time with their high-tech Class One contenders.

There’s no denying that Audi has been an integral part of the DTM ever since the series was revived in 2000. And while it’s impending withdrawal has far-reaching consequences, 2020 gives the Ingolstadt-based manufacturer one final shot to add to the rich history of the fabled German-based touring car championship.

It’s also been incredibly successful in the DTM with seven constructors’ titles - four of which were scored in the last decade alone. Another triumph would mark a fitting end to Audi’s tenure in the DTM, but BMW won't be wanting its rival to have a fairytale send-off.

Can Wittmann and BMW prevent another Audi walkover? 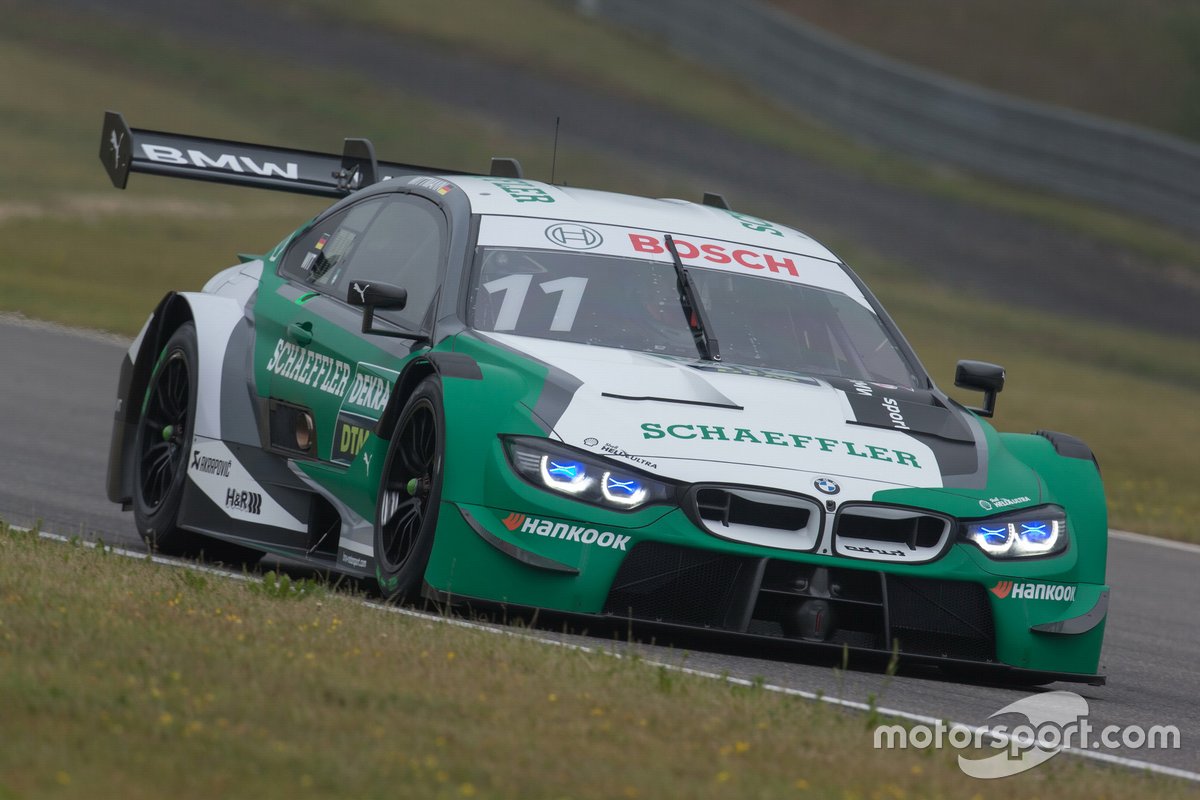 BMW suffered a crushing defeat in the hands of Audi in the first year of the Class One era, losing out all three titles to its long-time rival. In fact, such was the extent of Audi’s advantage that it wrapped up the manufacturers’ crown three rounds early, and eventually ended up scoring twice the points of BMW.

It’s not that BMW didn’t start the season a strong note; Marco Wittmann won the very first race of the new era, and BMW drivers claimed victories in each of the next five rounds.

However, as BMW Motorsport boss Jens Marquadt admitted to Motorsport.com, the Munich-based manufacturer ran out of steam as the season progressed and failed to win another race in the last three rounds.

Reliability issues were the prime cause of BMW’s struggles, which forced it to sacrifice performance to ensure its six factory-entered M4 cars could reach the chequered flag. A prime example of this compromise was the decision to add eight kilos of extra weight to the car to combat vibration issues with the engine.

With the regulations remaining largely stable over last year, BMW has its work cut out to close the gap to Audi, but series returnee Lucas Auer insists the Bavarian brand has solved the reliability issues that plagued its 2019 campaign.

"I really believe [BMW] are on top of all the problems they had last year," Auer told Motorsport.com. "In the [Nurburgring pre-season] test, we had no dramas, no nothing, and the car felt good. But in terms of pure speed, we have to wait for Q1.

Audi driver Loic Duval also expects a close fight between Audi and BMW this year, based on how the two marques compared at the Nurburgring last month.

"We felt at the Nurburgring that BMW did a step up, because last year Audi was definitely ahead by far in terms of performance," Duval told Motorsport.com.

"We think they have done a step, but we’ll see, as there is a trend from many years that Audi is very good in the race with a bit less degradation, we will have new tyres also.

"This might change the game a little bit. But I believe the performance of both manufacturers will be closer than it was last year, so for the show it will be a bit nicer, it will be more difficult to predict who will win."

If BMW manages to build a potent car that can challenge Audi, expect two-time champion Marco Wittmann to again lead the challenge. Philipp Eng and Auer, returning to the DTM after a year in Super Formula, could also potentially mix it up at the top.

Another driver to watch out could be Jonathan Aberdein, the South African leaving the Audi fold to join BMW in 2020. 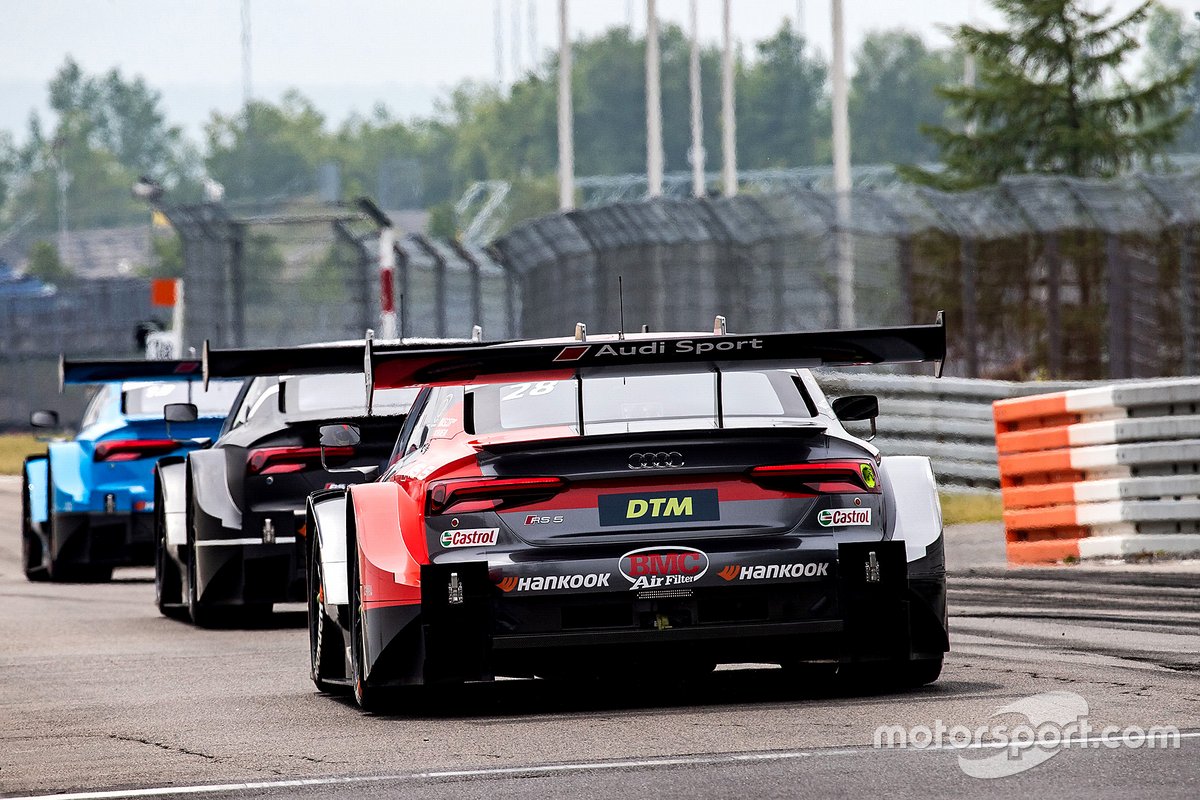 Audi has again shown faith in its driver line-up by retaining the quartet for a third consecutive season. And if the Ingolstadt-based marque maintains its advantage over BMW, it’s reasonable to expect all six factory drivers to fight for victory and podiums.

However, evidence from last year suggests that Nico Muller and Rene Rast will again rise to the top, being the two drivers most likely to mount a consistent title challenge.

Of the two Rast will have another challenge to consider this year, having signed a contract with Audi to replace the ousted Daniel Abt for the final part of the 2019/20 Formula E season.

How Rast juggles between the two series - which will see him take part in a total of 12 races in August - will showcase the depth of his talent, and further his chances of securing a full-season driver in Formula E.

Apart from Rast and Muller, Jamie Green is also keen on winning a much-awaited maiden title in the DTM, while Mike Rockenfeller will also be looking forward to adding to his 2014 crown.

An interesting dynamic to the intra-Audi battle would be the ban on team orders this year, which was first revealed by Motorsport.com in June.

Audi has tended to give preferential treatment to its primary championship runners in the past, with both Rast and Muller gaining from it in the second half of last year.

The new regulation could mean more drivers - especially from Audi's stable - winning races this year, which in turn could translate into a closer title fight.

"I think Audi pulling out of the DTM could also have a big impact on the races themselves," Duval explained. "We will not have the situations we had in the past with strategy [team orders]. I think everything will be open from the first race until the last race and everyone will have the chance to use the same tools.

"Last year was definitely my best year, I could have won two races I think, Norisring and Brands Hatch, but as everybody knows we are working for a brand and we had a strategy to follow.

"But this year will be a bit different which is nice for all the drivers, even though target number one is still for an Audi to win. That will be the main difference for this year."

The return of Spa-Francorchamps 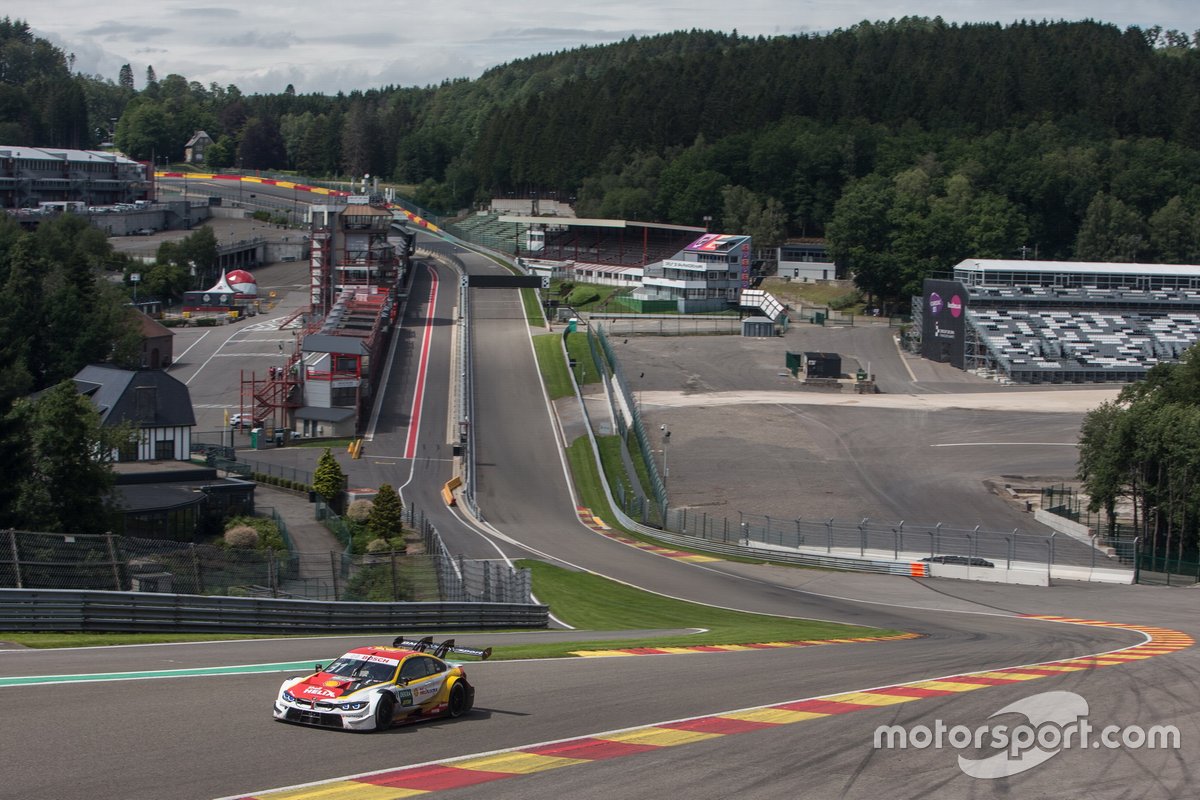 The DTM had a rare piece of good news up its sleeve when it announced that Spa-Francorchamps would return to the calendar for the first time in 2005, as part of the sweeping changes it made to the schedule in response to the coronavirus crisis.

The Belgian circuit will open the season following the cancellation of the Norisring street race and drivers will get only 45 minutes of practice running before qualifying on Saturday.

Both Audi and BMW conducted a manufacturers’ test at Spa earlier this month, although none of the race drivers were present.

Of the current crop, Jamie Green is the only driver to have driven at Spa in a DTM car - back in 2005 - although the cars have dramatically changed in the last 16 years.

Asked about the challenge Eau Rouge would pose in a DTM car, Green said: “I’ve driven at Spa for the last three years in GTs and for me Eau Rouge is still a massive challenge in a GT car and it will be in a DTM car, especially in the race when the grip level drops and the fuel level is fairly high. It’s not gonna be an easy one-handed flat-out corner.

The debut of Kubica 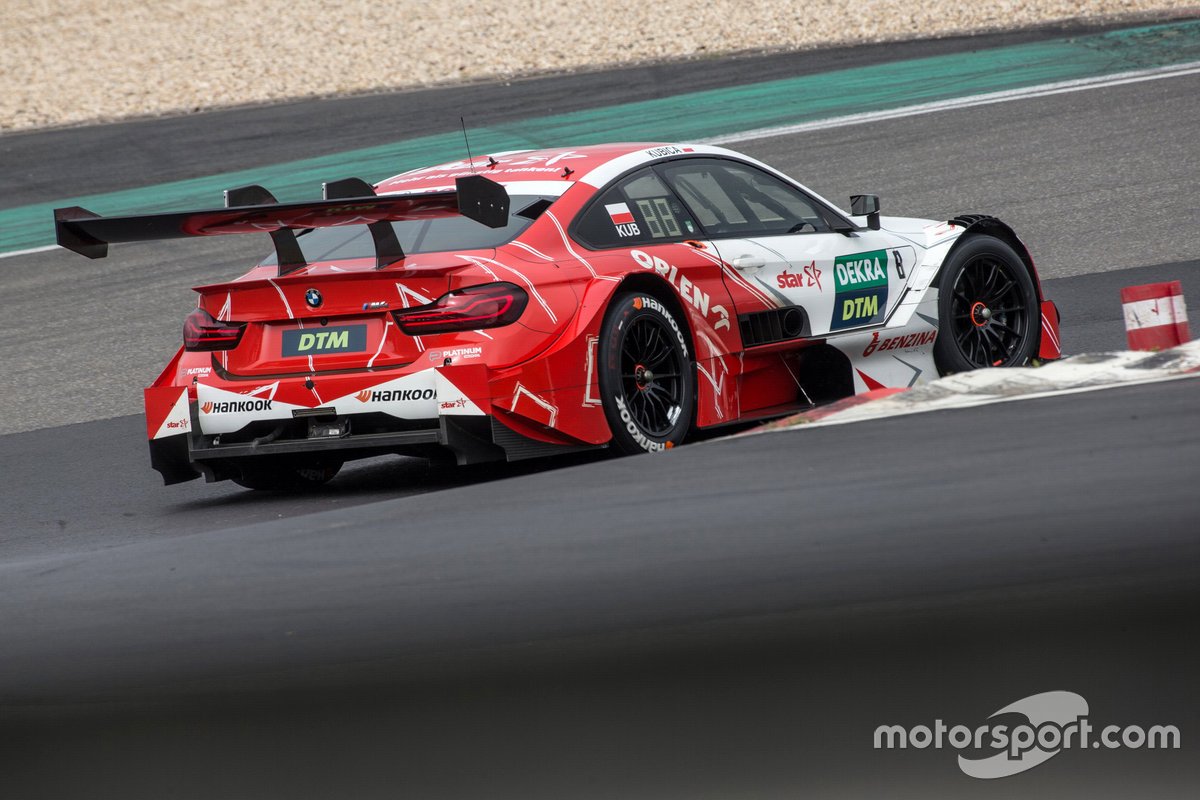 Robert Kubica will make a much-anticipated DTM debut at the wheel of an ART Grand Prix-run BMW M4, having lost his Williams Formula 1 seat to Nicholas Latifi.

Kubica made steady progress during the four-day test at the Nurburgring in June, gaining over a second to finish 12th fastest overall, 0.582s off the pace of WRT Audi’s Ferdinand Habsburg.

He completed a total 541 laps - or 1963km of running across the four days - gaining valuable mileage in only his second outing in a Class One car following the rookie test in December last year.

The Polish driver knows that transitioning from single-seaters to touring cars won’t be easy, and suggested that he will have to “forget what I know” to get a better understanding of Class One machines.

“In order to be competitive and to be be in the mix of drivers you have to be able to be on top of everything. Kubica said. “The field is very compact and together, every small little thing counts.

“Definitely the general characteristic of weekends, it is quite unique. You go into Saturday without knowing the track, the conditions, how the track evolution is and you go directly into qualifying.

“When you come to a new track or the track you haven’t been for 15 years, like in my case - some tracks I don’t know them, some tracks I had been there but many many years ago, and track conditions change, track layout is different and the weather is different.

How Kubica will fare in his rookie season in the DTM will also depend on ART, which has become the second customer team in the DTM this year after WRT.

Known best for its prowess in formula racing, ART is no stranger to the DTM, having operated two factory Mercedes cars between 2015-16.

But having no experience of running Class One cars, and with just four days of testing under its belt, ART could be a long way off the two factory BMW teams.

Can WRT spring a surprise? 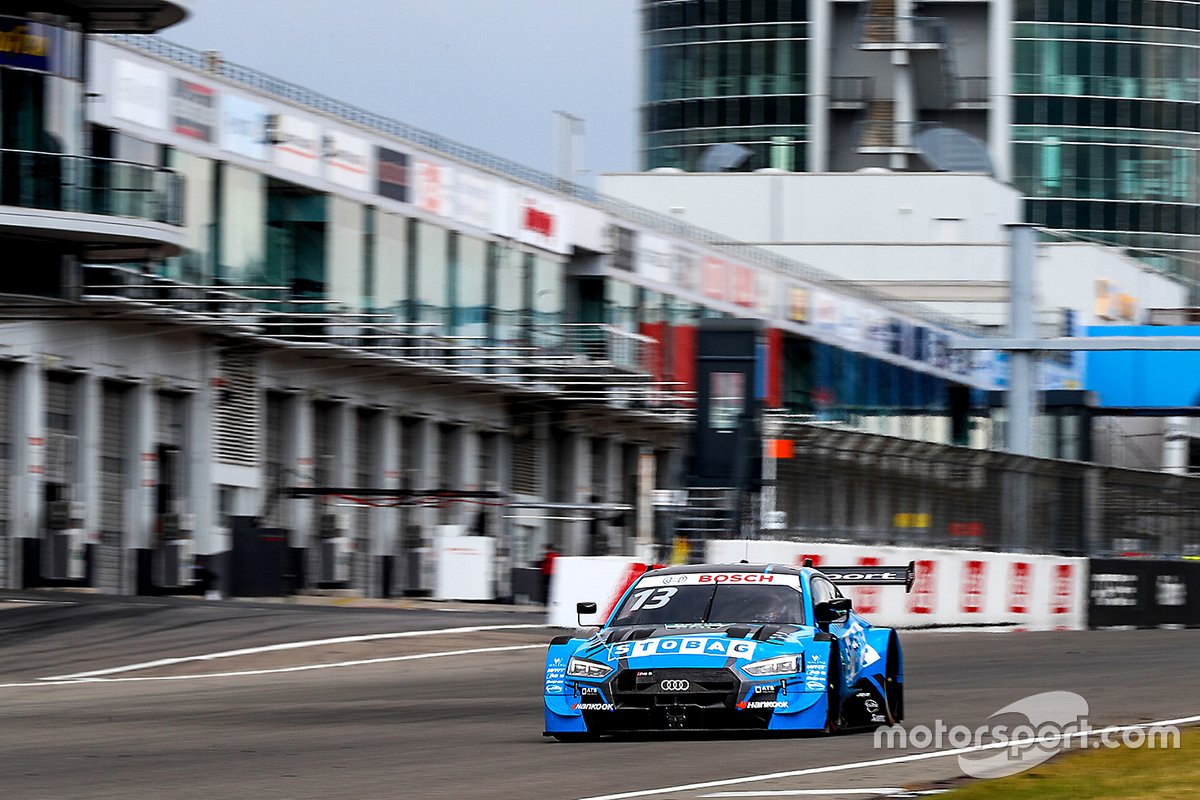 WRT’s pedigree in sportscar racing is well known, and the Belgian outfit did more than a respectable job in its first year in the DTM as a customer Audi outfit, particularly with Aberdein behind the wheel.

Between Aberdein and teammate Pietro Fittipaldi, WRT scored a single top 10 finish in the first four races of 2019, but results began to improve from the third round at Misano.

Aberdein broke inside the top five at three occasions to finish 10th in the championship, the highest among the rookies and ahead of several leading factory drivers from BMW’s stable.

Habsburg was quick throughout testing, ending the running fastest overall with a time of 1m18.911. He was one of the two drivers to break the 1m19s barrier, the other being factory Audi driver Nico Muller.

Habsburg is the only WRT driver with prior racing experience in the DTM, as both Scherer and Newey will be making their debuts in the category this year.

Scherer joins DTM after a season in FIA F3 with Charouz, although he previously competed on the DTM bill in the final year of the European F3 series in 2018.

Newey was parachuted into the final WRT seat on the final day of testing and did enough to secure the place that was originally earmarked for Jones.

The former Asian Le Mans Series champion will make his DTM debut with just one day of testing, but says a lack of experience will not prevent him from showing his speed.

“It depends upon what kind of character you are,” Newey said when asked if it would be risky to make his race debut with little running.  “You can look at it with a glass half-empty [and a negative attitude and agree with you.

"Or look at it as I do with a positive attitude and that is DTM one of the best championships around, one of the best platforms to show yourself as a racing driver against people like Jamie, [Green], one of the top drivers in the world with a huge amount of experience.

“If we can come along and mix it with them, we saw Sheldon van der Linde and Jonathan Aberdein do last year, then I think I come out of my season looking like a real prospect and a strong racing driver.”

Duval suggests DTM should merge with another series