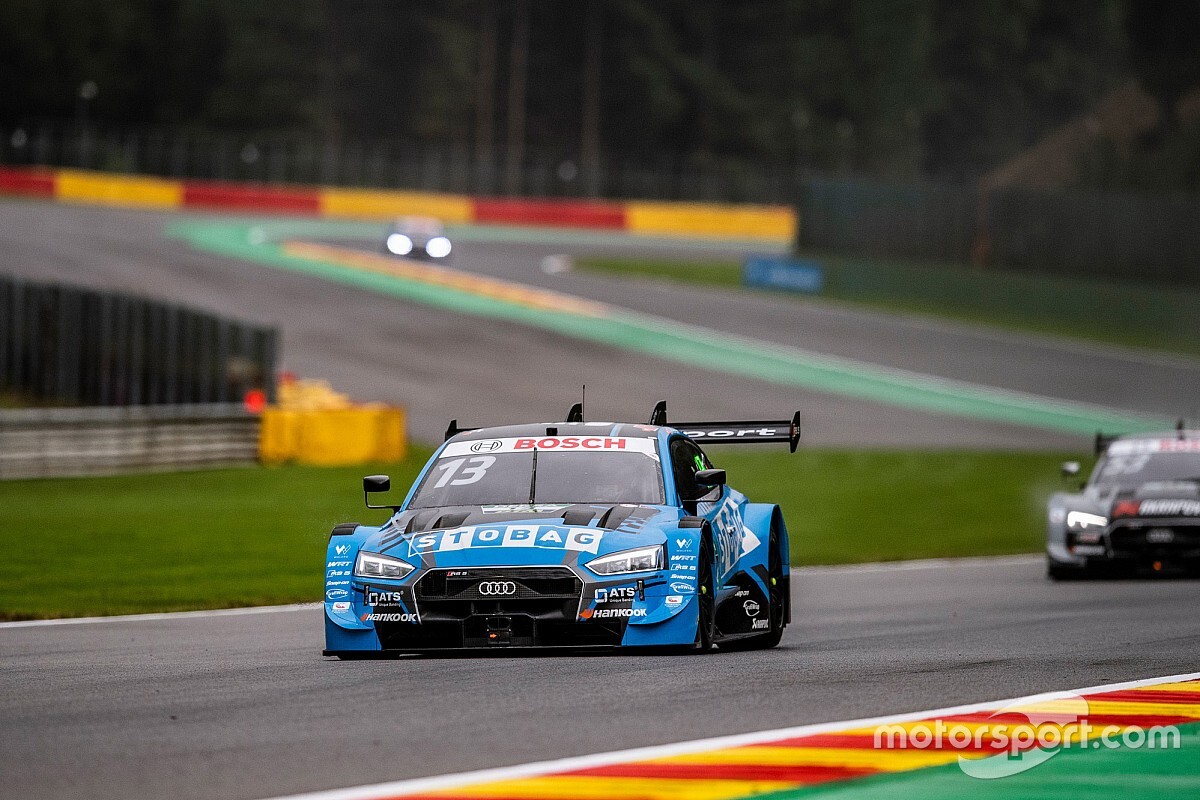 DTM cars broke the 300km/h barrier for the first time in the series’ history in last weekend’s season opener at the Spa-Francorchamps circuit.

WRT Audi rookie Fabio Scherer was the first driver to touch the magic mark in Sunday’s Race 2, hitting 300km/h on Lap 22 before improving to 302km/h on the final tour.

BMW drivers Jonathan Aberdein and Philipp Eng also achieved the same feat in the closing stages of the race, with Eng recording speeds in excess of 300km/h at three different occasions.

“I didn’t recognise it at the time but I was informed after the race by my engineer,” said Aberdein. “I think it was 302km/h, not quite sure yet, but something quite cool I think.

“It was at the end of the Kemmel straight. It was DRS, push-to-pass and also I think two cars in front, so a massive tow which helped a lot.”

“It was cool to see the 300km/h. I was actually watching in that lap because I had a massive tow and I was really hoping to hit the 300km/h.

The DTM has received a major boost in top speed since the introduction of Class One rules - jointly developed with Japan’s SUPER GT series - in 2019.

The previous V8-powered cars were capable of crossing 270km/h at several circuits, but the new four-cylinder turbo engines that form the core of the Class One platform have pushed the top speed by up to 30km/h.

It was expected that the DTM would touch 300km/h in the very first Class One race at Hockenheim last year, but the cars could only record a top speed of 294km/h at the German venue.

The SUPER GT x DTM Dream race in November offered the series another chance to break that barrier, given the Fuji Speedway features a 1.5km pit straight, but the decision to ban the use of DRS and push-to-pass put paid to that effort.

For 2020, the base power of DTM cars has been reduced from 610bhp to 580bhp, but the push-to-pass boost is now twice as potent at 60bhp, giving a combined power output of 640bhp.

The increase in outright power, along with the advantage of aerodynamic tow on the long Kemmel straight leading up to Les Combes, allowed several drivers to reach the 300km/h mark at Spa.