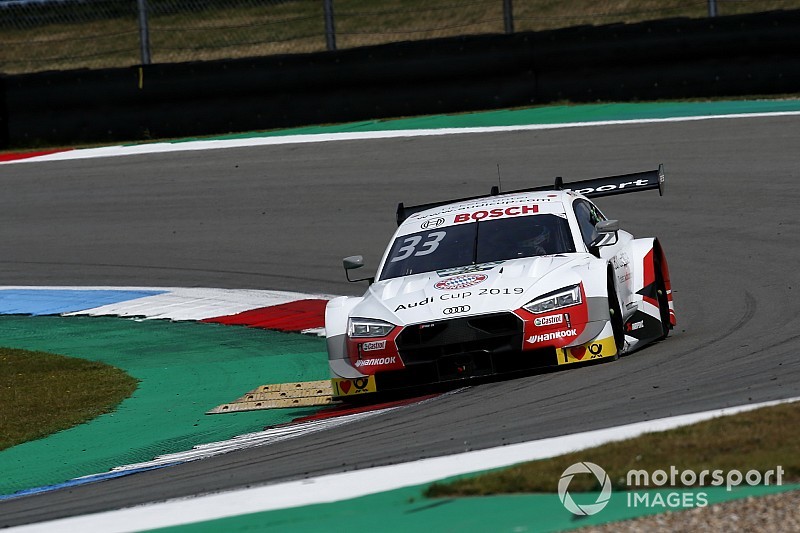 DTM championship leader Rene Rast left it late to seal pole position for the final race at Assen in a dramatic qualifying session.

Both drivers remain under investigation for blocking, with Wittmann enduring a disastrous qualifying session less than 24 hours after victory.

Wittmann was unable to produce a flying lap after reporting a loss of power before blocking Rast and a rapid repair job by his RMG BMW crew meant he was able to rejoin the session in the final minute, but he could not cross the line to begin a timed lap before the session ended.

Rast was also given a further boost in his run to pole when the second runs began, as Frijns came to a stop in the pitlane and was unable to head back out.

That meant Rast's 1m24.849s lap was good enough for pole by just 0.132s after WRT Audi driver Jonathan Aberdein surprised by placing his RS5 DTM on the front row of the grid.

Van der Linde was the best-placed BMW in sixth ahead of Loic Duval, the Audi driver having held third after the first qualifying runs.

Philipp Eng was second best of the BMW contingent in eighth ahead of stablemate Timo Glock and WRT Audi's Pietro Fittipaldi.