The Aston Martin Vantage DTM car that will be raced this year by the R-Motorsport squad has made its on-track debut at Jerez ahead of the start of pre-season testing.

R-Motorsport did not have a fully-assembled car to show during its season launch in Switzerland last month, and even admitted it was not certain of being ready for May's Hockenheim season-opener.

However, on the eve of this week's Jerez test, the new Vantage DTM appeared for the first time, completing six laps of the Spanish circuit in the hands of 2010 champion Paul di Resta.

“The car felt good right from the start,” commented di Resta, who will continue to drive the car for the first two days of testing proper on Tuesday and Wednesday.

“The team has done an incredibly good job of bringing such a beautiful and highly driveable racing car onto the track in such a short time.

"Right from the roll-out, everything was working perfectly, and I immediately had a good feeling in the car. I’m now looking forward to it to the first test session tomorrow.”

Team boss Florian Kamelger added: “The technical team has done a terrific job. Getting the Aston Martin Vantage DTM car track ready in well under 100 days has to be a DTM record.

"The car is an absolute stunner to look at, and the first impressions registered by Paul are promising.

"Although we still have a lot of work ahead of us before the season opener at Hockenheim, we can feel confident that we’ve got the basics of the car right.”

Dennis will take over test duties from di Resta on Thursday, before handing over to Habsburg for the final day of the test on Friday. 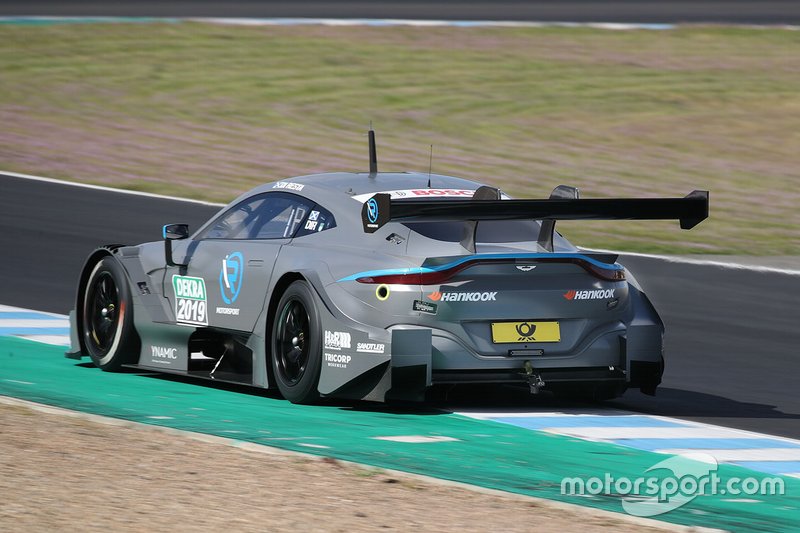