Aston Martin could be represented on the 2021 DTM grid, having entered talks with the Racing One team about an entry with a Vantage GT3.

Racing One boss Martin Kohlhaas has revealed that he is in discussions with both Aston and Ferrari about putting together a programme for the start of the DTM's GT3 era.

The team already possesses a pair of Ferrari 488 GTE Evos, with which it plans to contest this year's Nurburgring Endurance Series (NLS) and 24H Series, but would need to acquire a Vantage at the cost of around 500,000 euros should it join forces with Aston.

Should the move happen, it would put Aston back on the DTM grid following the collapse of the R-Motorsport Vantage DTM project after the conclusion of the 2019 season.

The British manufacturer ould also become the sixth different marque on the 2021 grid after Audi, BMW, Mercedes, McLaren and Ferrari, which is already guaranteed a presence in the series this year by way of AF Corse's Red Bull-backed two-car programme.

"Aston Martin would maybe support a bit more because they don't have a very strong presence in Germany," Kohlhaas told Motorsport.com. "They would even provide us with very good drivers with budgets, unlike Ferrari. But finalising the DTM topic is incredibly difficult.

"We are not an Aston team. And above all, we would then have to accompany our other series with Aston Martin. It's difficult to get that puzzle together with another manufacturer. The chances between Ferrari and Aston Martin are currently 50:50."

Kohlhaas added that Racing One could use a potential programme in the GT4-based DTM Trophy series using Astons as a way to help fund a DTM project, but said any DTM Trophy programme is contingent on a presence in the main series. 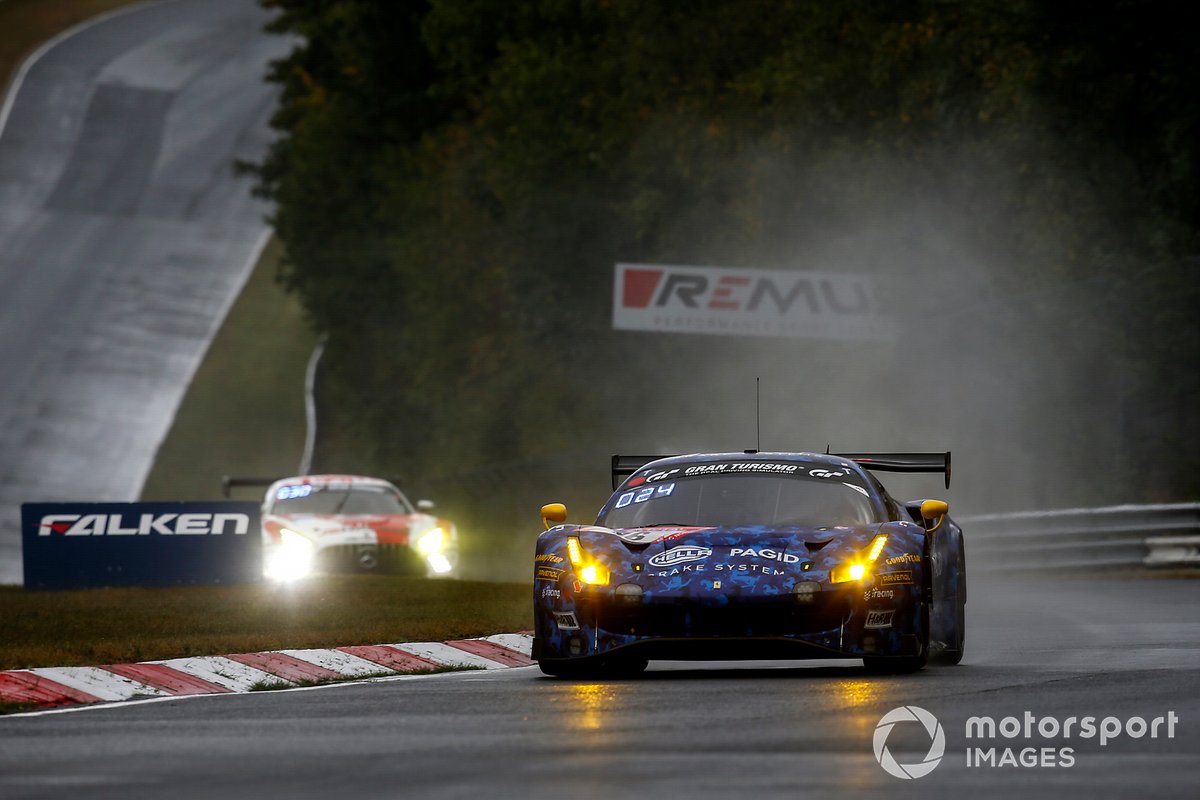 "The choice is between DTM and GT World Challenge Europe," added Kohlhaas, adding that racing in the DTM may be impossible without the necessary budget.

He ruled out the team's existing primary sponsor, German brake manufacturer Hella Pagid, being the main backer of a prospective DTM entry.

Kohlhaas said that the fact that the GT World Challenge Europe season begins in April will force his team to reach a speedy decision on its DTM plans, even though the latter campaign isn't set to commence until June following the cancellation of the St. Petersburg opener.

"If I don't have a finished programme up and running by the end of February, then I'll have to look hard at fielding the Ferraris elsewhere," he clarified. "So I have to commit to that in the first weeks of March."

What the DTM’s scariest corner meant for Lausitzring lap times

The Lamborghini talisman leading his troops to DTM success

Cassidy “really pleased” by pace on DTM return at Lausitzring