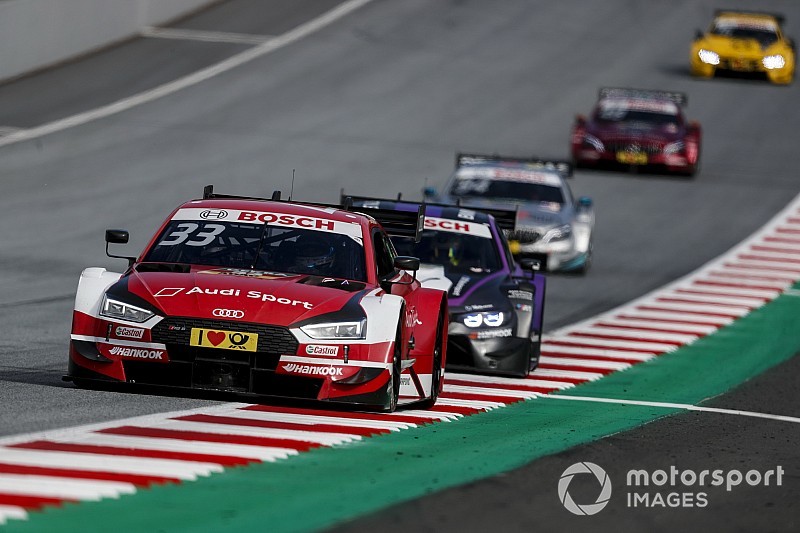 Audi motorsport boss Dieter Gass says the manufacturer did not expect any of its drivers to be in contention for the DTM title after a poor start to the season.

Reigning champion Rene Rast will start this weekend's season finale at Hockenheim with an outside chance of beating Mercedes pair Paul di Resta and Gary Paffett to the championship, thanks to a run of four-straight wins from the previous two meetings.

Rast's late-season charge is in stark contrast to Audi's form at the start of 2018, when it managed just two podiums from the opening four rounds after a winter rules revamp that simplified cars' aero wiped out its advantage.

"After our difficult start to the season we didn't expect to be fighting for the championship at the end," said Gass.

"It's thanks to Rene and especially to our team that we're still in the running. They never gave up.

"We have continued to improve the Audi RS5 DTM within the limited parameters of the regulations.

"Our motto for the finale can only be: all in! If Rene's winning streak continues, anything is possible.

"Many forget that he was on the first grid row at the opening round in Hockenheim. And at that time we were not optimally positioned after the rule changes."

Rast is 30 points behind leader di Resta, having been 93 in arrears and seventh overall before his run of victories.

With 56 points left on offer from the two Hockenheim races (25 for each win plus three for each pole position) Rast conceded his hopes of overhauling the two Mercedes drivers ahead of him were slim but said he had "nothing to lose" entering the weekend.

"OK, I'm an outsider and it's extremely unlikely that we'll take the title," said Rast.

"But really, anything can happen in the DTM, especially at the final round.

"We've already achieved our aim for the season and we've got nothing to lose. The pressure is definitely on Paul and Gary."