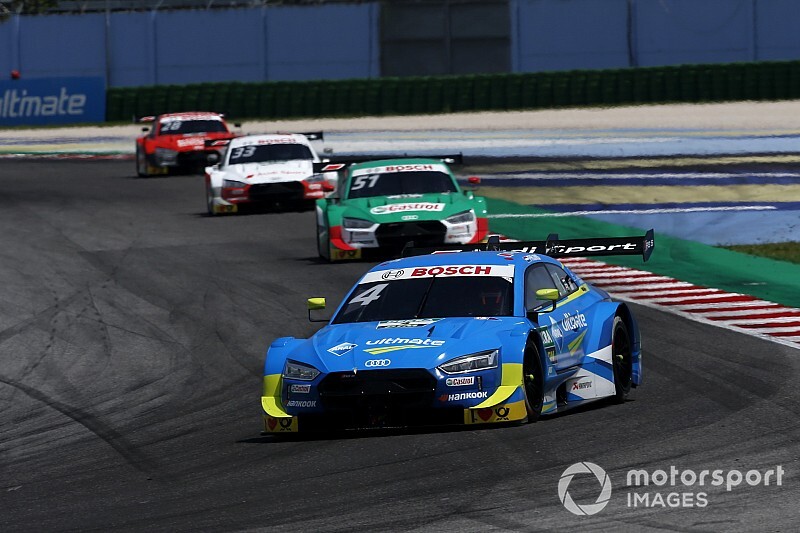 ITR chairman Gerhard Berger believes Audi risks harming the reputation of its brand if it decides to quit the DTM in favour of Formula E.

Audi’s future in the DTM has come under question ahead of an internal restructuring, as part of which the German car manufacturer is expected to make a call on its factory programmes in the tin-top series and Formula E.

It is understood that both programmes cannot co-exist beyond the end of 2020, and the new management is likely to favour FE over the DTM to coincide with a push towards e-mobility in the roadcar space.

Berger said he would be disappointed if Audi decides to call time on its DTM programme to focus its effort on FE, a series he described as lacking emotion and passion.

"If you give up the DTM in favour of Formula E, you might weaken your reputation as a sporty brand - and thus also weaken the area where you connect with people on an emotional level,” Berger told Motorsport.com’s sister title Motorsport-Total.

“In my opinion, emotion and passion can be communicated to a very limited extent in Formula E at the moment.

"As a hardcore motorsport racer, I wouldn't necessarily put Formula E in the motorsport category. We appreciate it as a marketing platform and the promoter is doing a good job.

"The cars today are still too slow [in FE] and therefore too unspectacular. They are also formula cars, which means that the clear visual reference to the production model is missing. Then you limit the sporting basis of a brand."

"Of course you can then say: 'I'm not interested in [DTM] in the future, we don't need a sporty reputation and the emotion anymore. Instead, we'll just focus on electric mobility.' That could be one approach, but it's not my decision.

At the end of 2018, Mercedes also ended its long-standing DTM programme to enter FE, a decision that fast-tracked talks between the DTM and SUPER GT to adopt Class One regulations.

However, Berger insists there are no parallels between Audi and Mercedes as the Stuttgart-based brand already had a combustion engine-powered programme in Formula 1.

"[With Mercedes] there was the argument that you don't want to afford three motorsport projects anymore, but only two," said Berger.

“So the message was: 'Formula 1 is set, this is the platform on which we promote emotion and sportiness. DTM fulfils a similar area, but Formula E fulfils something else.

“That's why it makes sense to rely on Formula 1 and Formula E because they complement each other. That's why we have to give up DTM.'"

Berger revealed that discussions are underway with Audi about the manufacturer’s future in the DTM, but no timeframe has been set by either parties to take a firm decision.

Should Audi decide to pull out of the series, it would come as a third major blow for the DTM following the exit of Mercedes and Aston Martin licensee R-Motorsport.

Audi currently fields six factory cars in the series, while WRT also enters two customer RS5 in the category. In such a scenario, BMW would be left as the only manufacturer in the category, potentially signalling the end of the championship.

However, Berger insists Audi’s exit wouldn’t mark the death knell of the DTM, saying: "No, you also have to differentiate here. The DTM is a strong platform.

"What I mean by that is, on a DTM race weekend, in addition to the DTM series, numerous other series also race, with a wide variety of brands. This year, we'll be adding our own category, the DTM Trophy. When I am talking about the platform, I am not talking only about DTM with Class One cars.

“Should Audi make a negative decision, I expect them to do it like Mercedes and give us a good amount of lead time. Also in their own interest, because it's their platform."