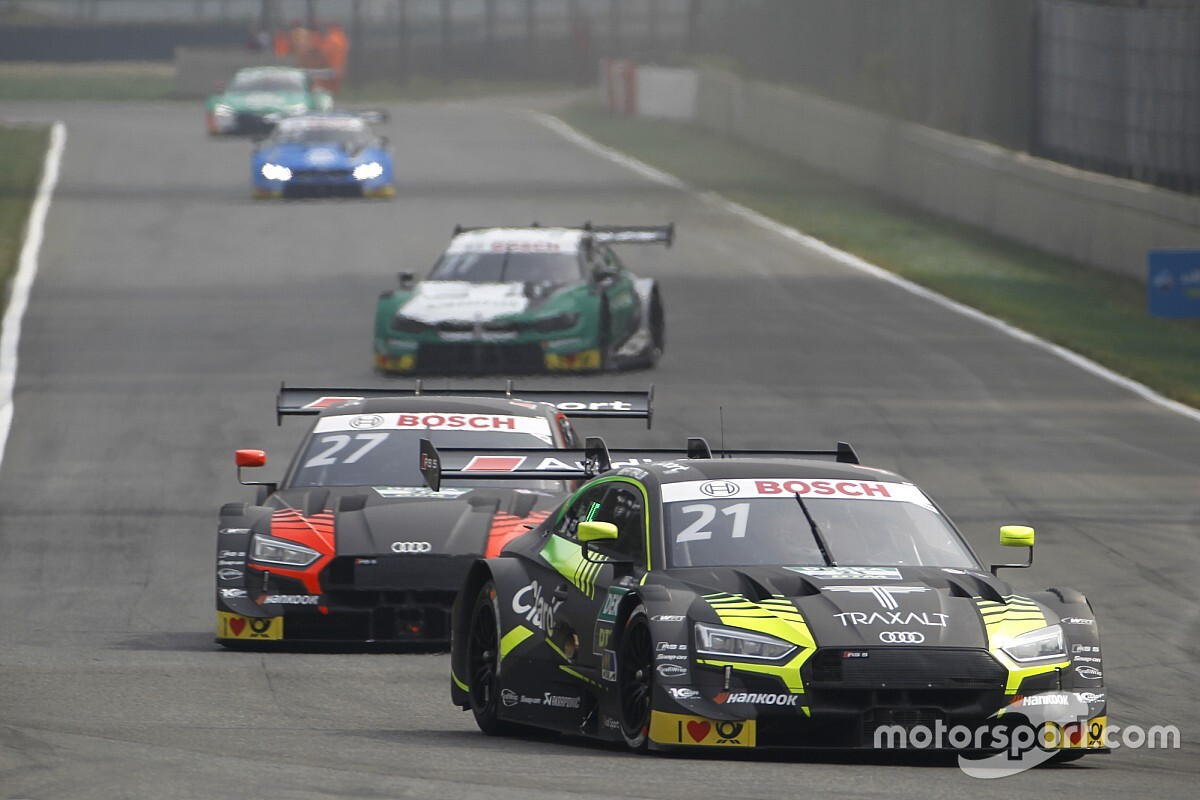 Audi is poised to expand its DTM programme to nine entries in 2020 by putting its test car to use, Motorsport.com understands.

The DTM has been hit hard by the loss of the R-Motorsport Aston Martin team, which initially left the series staring at a 14-car field for the upcoming season.

However, BMW has since turned around its test car to field a seventh entry for ex-Formula 1 driver Robert Kubica, and Audi is expected to follow suit in the coming weeks.

This comes amid a push by DTM boss Gerhard Berger to bring the grid closer to the level the series enjoyed when it featured competition between three different manufacturers.

"These two test cars were available for guest entrants last year,” Berger told Motorsport.com. “Now we're trying to get them onto the grid.”

No decision has been yet made regarding who will drive Audi’s additional car for 2020, but several possible names have been mooted for the seat.

One of them is Audi’s reserve driver Benoit Treluyer, who represented the brand in the SUPER GT x DTM Dream Race at Fuji last November.

However, Audi is operating in 2020 on a lower budget than last year, and is believed to be considering a driver who brings a financial package with him - in a similar arrangement to Kubica’s deal to drive an ART-run BMW with the backing of PKN Orlen.

This has put ex-R-Motorsport driver Ferdinand Habsburg in prime position to grab the seat, which would ensure he stays on the grid for a second season running.

Although R-Motorsport boss Florian Kamelger had previously stated it would retain its former DTM drivers, with the exception of Paul di Resta, Habsburg does not feature in the Swiss squad's plans for the ADAC GT Masters series, where Daniel Juncadella and Jake Dennis are set to share an Aston Martin Vantage GT3 this season.

This leaves the Austrian driver free to join Audi, although such a deal is complicated by his previous relationship with the German manufacturer.

Back in late 2018, Habsburg was close to finalising a deal with customer Audi squad WRT for its entry into the series, and the two parties had even signed a letter of intent to that effect.

But WRT team principal Vincent Vosse learned three days prior to the Young Driver test at Jerez in December that Habsburg was no longer available, having instead agreed to race for fellow newcomer R-Motorsport.

WRT proceeded with legal action against Habsburg, but the matter was soon solved with an out of court settlement.

The Belgian outfit is believed to have the spare capacity to run a third car in 2020 in addition to its previously announced entries for Ed Jones and Fabio Scherer.

"I believe in DTM,” Vosse told Motorsport.com. “I believe it has one of the best regulations you can find on the technical side.

"We invest as a private team in DTM and we will do what is possible for us to help the series to be as good as it has to be."

Besides Habsburg, ex-Williams F1 driver Sergey Sirotkin is believed to be the other major contender for the ninth Audi DTM seat.

Sirotkin drove for Audi at the Young Driver Test at the end of 2018, and has been left without a drive since SMP Racing ended its LMP1 project following the FIA World Endurance Championship after the 2018/19 superseason.

The Russian securing the seat would be welcomed by DTM, which has added a new event this season at the Igora Drive circuit near St. Petersburg, while SMP could help fund the cost of running a ninth Audi RS5.