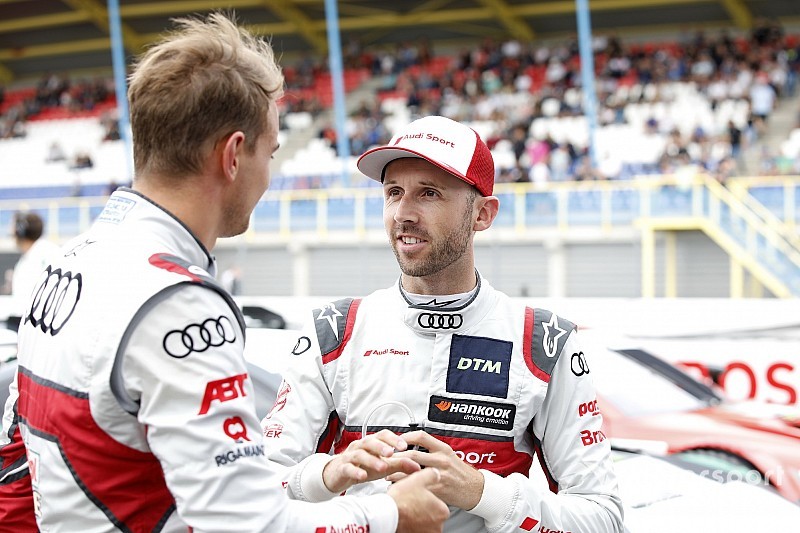 Former Audi DTM driver Scheider, who won back-to-back titles in 2008-09, made the claim in a blog for broadcaster RAN published in the build-up to the Brands Hatch weekend.

He added "that the truth was not told" by either Muller or Rast when the media asked about their relationship, citing their clash in the second Norisring race and Rast's apparent unhappiness about finishing behind Muller in the first race at Assen.

Rast took victory on Sunday at Brands Hatch after Muller chased him down during the second stint, but the latter admitted he held off from using DRS to minimise the risk of a clash and added that he would race a teammate differently to another rival.

Asked by Motorsport.com for his reaction to Scheider's blog and his relationship with Rast, Muller said: "On track definitely, we all want to win and beat the other guys out there.

"Rene is the one to beat at the moment. I end up driving at the same brand, having the same tools and driving the same car.

"We spend time together obviously, we don't only share DTM duties, we've shared cars in endurance racing and we get on well as colleagues off the track.

"We won't all agree on everything, which is the most normal thing on the planet because we are sportsmen and we want to put ourselves in the best position. We will always have these little things."

Rast, who now leads Muller by 37 points, told Motorsport.com: "There's always tension, we just don't play kindergarten games. We are professionals, we have dinner together, and WhatsApp each other, it doesn't affect [us] professionally."

The Audi driver dynamic has taken on an extra focus after BMW struggled to match Audi at Brands Hatch on Sunday, impacting the title bids of Marco Wittmann and Philipp Eng.

Wittmann, who finished 10th in the second race at Brands after winning the opener, now trails leader Rast by 59 points, while Eng is a further 18 points back.

Asked for his take on Scheider's claims, Audi motorsport boss Dieter Gass told Motorsport.com that he "smiled a little bit" and "didn't know where it came from".

He added: "I think if it [the rivalry] affects the team dynamics, it’s only in a positive way.

"We have two contenders up there who are having a very strong season. Nico is extremely consistent. We are racing, and I am happy for them to be racing.

"But we need to be racing with our brains switched on, which means playing different strategies, one against another, and if you recognise one is quicker, let him go without fighting." 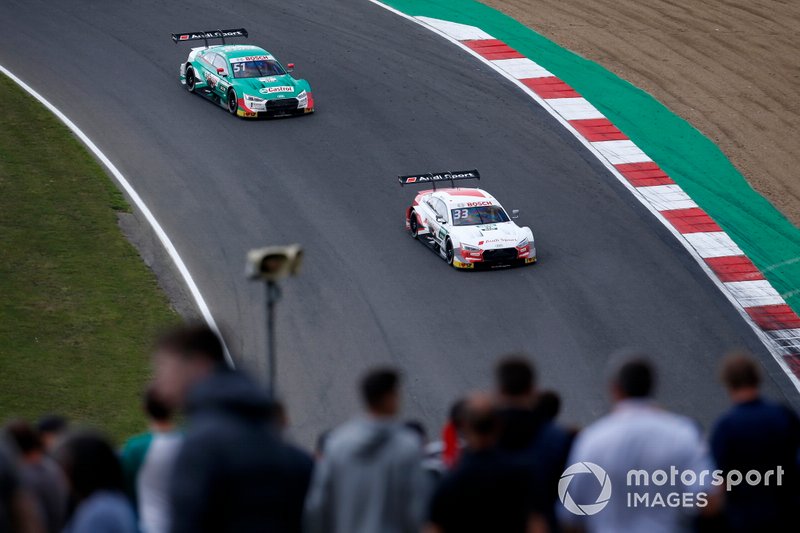