Audi set on winning at the Norisring 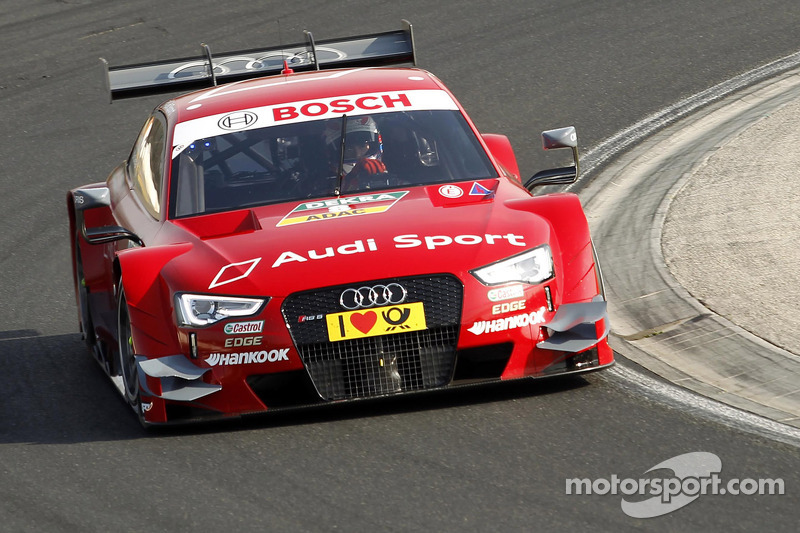 Dieter Gass, Head of DTM: "First victory of the season is the aim"

Ingolstadt, - With six titles clinched in the past decade Audi is the most successful brand in the more recent DTM history. But a victory in its home round at the Norisring has been missing on its tally of success since 2002. Therefore, Audi Sport, the drivers and the teams are particularly motivated before the season's pinnacle event and the only city street race on the DTM calendar to be held on the weekend of June 27 to 29.

From the second-longest to the shortest circuit on the calendar: Following the round in Hungary, the DTM, on racing in the heart of Nuremberg, is returning to Germany. The Audi locations Ingolstadt and Neckarsulm are only 80 and 140 kilometers away from the circuit, which makes the only city street race in the series a double home round for the Audi squad. As in the past years, far more than 100,000 spectators are expected to turn out on the weekend.

The characteristics of the Norisring are unique in the world of race tracks. Two long straights, two hairpin turns, a chicane  all on a distance of 2,300 meters, surrounded by concrete walls and high grandstands made of stone. The circuit consists of streets normally used by public traffic and the surface alternates between tarmac and concrete. Time gaps of a few thousandths of a second in qualifying are equally typical for the Norisring as numerous overtaking maneuvers. The Drag Reduction System (DRS), with which the rear wing angle can be flattened by pushing a button on the steering wheel, assists the drivers in front of the Grundig turn at the end of the start-finish straight or when braking in front of the Dutzenteich turn.

The last Audi victory in Nuremberg dates back twelve years. In 2002, Laurent Aiello in a privately fielded Abt Audi TT-R won the race after a gripping duel with Bernd Schneider. Since last year, Audi has had Jamie Green in its line-up, the 'King of the Norisring,' who decided the race in his favor four times before switching to Audi.

In 2013, the barren spell seemed to be over for Audi when Mattias Ekström, after 83 laps, was the first to cross the finish line, cheered by the crowd of Audi fans. However, after the race, the stewards of the meeting accused the Swede of a breach of parc fermé rules and, as a result, excluded him from the classification. Although he had clinched his victory in a fair, sporting manner, the two-time Champion was deprived of the trophy and the race had no winner  a unique occurrence in DTM history to date.

Dieter Gass (Head of DTM): Our expectations of our home round are high. Clearly, our aim is to clinch our first victory of the season. Last year, we lost the victory wed achieved in a sporting manner after crossing the finish line. This occupied us for a long time and gives us even greater motivation to take the momentum from the first three races to this event and to celebrate our first major success this season.

Hans-Jürgen Abt (Team Director Audi Sport Team Abt Sportsline): The Norisring is a special event every year for Audi and for our team. Following the good weekend at Budapest, were set on battling for victory and are looking forward to the tremendous support by the large crowd of fans.

Ernst Moser (Team Director Audi Sport Team Phoenix): The Norisring is the pinnacle of the season. As a team, we only scored one point at Budapest. Our two drivers and the whole squad would like to show that they can clearly do better.

Arno Zensen (Team Director Audi Sport Team Rosberg): Following a few days of vacation, our team is traveling to Nuremberg with recharged batteries. Our joint aim can be put in a nutshell: we want to crown the King of the Norisring again.

Facts and quotes by the Audi drivers


- Was the sporting winner of the 2013 race at the Norisring.
- Was stripped of his victory due to a breach of parc fermé rules.


As always, the race at the Norisring is one of the most exciting weekends of the year. In 2013, I already held the trophy in my hands  this time, Id also like to take it home at night.


- Has won the race at Nuremberg an amazing four times.
- Scored his first points in the 2014 season at Budapest.


Despite my four victories my debut with Audi at the Norisring last year was not exactly successful. But Ive chalked this up to experience and am only looking ahead now. My car and I are perfectly prepared for doing a better job this year.


- As the runner-up at Budapest, scored the best result in his DTM career.
- Made the quickest pit stop of all Audi drivers in Hungary.


This is an important race for us. I wasnt particularly successful there in the past but now Ive got the perfect teacher in my team-mate Mattias Ekström  hes always extremely fast there. Im going to follow his pointers, and try to up the ante after the success at Budapest.


- Was leading the race at the Norisring for a long time last year.
- In third place of the standings, is the second-best Audi driver.


I remember last year well when we saw a very thrilling race at the Norisring. Unfortunately, Mattias Ekström was subsequently deprived of his well-deserved victory. Were going to do everything we can to give the Audi fans a reason to cheer again at the Norisring after so many years.


The Norisring is a new track for me, so it wont be so easy for me. But Im very much looking forward to it. Everybody enthuses about the unique atmosphere there. Ill try and continue the trend from Budapest to clinch the points I missed there in Nuremberg.


- In second place of the overall standings, is the best Audi driver
- Is one of two drivers in the field to have scored points in all three races


Even though this is our home round and the seasons high point, Ive always struggled at the Norisring more than anywhere else. Fifth place in 2013 was one of my better results. Its important for an Audi driver to win there again  and obviously Id like to be that driver. Were working hard on starting the weekend with an optimum set-up.


I've got good and bad memories of the Norisring. Being in contention there this year would be like balm for my soul, particularly with a view towards the Championship. In any event, my pace in the first three races gives me a positive feeling.


- Is one of two drivers in the field to have scored points in all three races
- In 2014, is sporting the colors of the mens magazine Playboy on his car


It's always exciting to drive on a city street circuit because a track without run-off areas is a great challenge for us drivers. Obviously, as Audi drivers, weve got to give 110 percent in front of our own fans. Id like to continue scoring points  and I mean as many as possible.

On the streets of Nürnberg: The BMW M4 DTM makes its street circuit debut