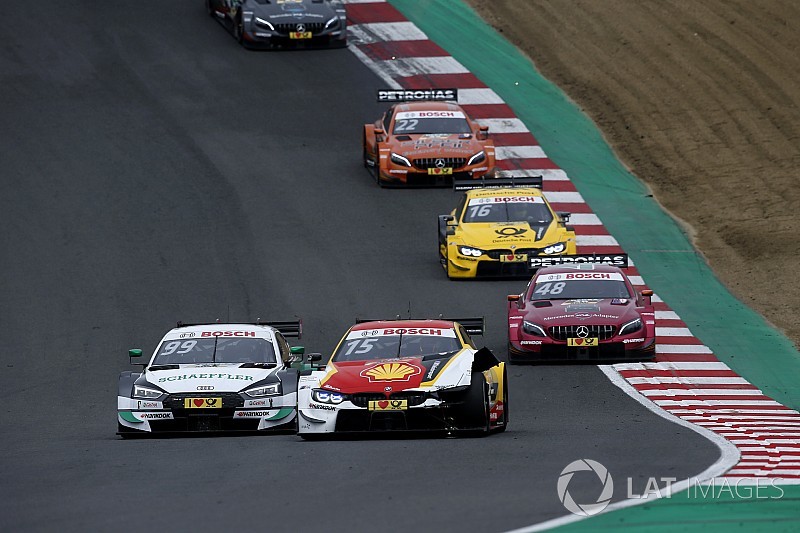 DTM boss Gerhard Berger wants to build a long-term future for the series at Brands Hatch after its return to the venue last weekend.

The ex-Formula 1 driver believes that the MotorSport Vision facility's Grand Prix circuit is the perfect arena at which to create a successful DTM fixture going forward.

Berger, who took the reigns of DTM organiser the ITR ahead of the 2017 season, told Motorsport.com: "I love to be here because this is a place where our product works.

"This is the type of circuit that has a motorsport soul — it smells of motorsport and is the kind of track where the DTM should be.

"I would like to us to stay for the long-term. I would love a full-house here, but it will take two, three or four years."

He also stressed the importance of having a DTM fixture in the UK, which has been absent from the schedule since 2013 and the last of the eight events on the Brands Indy circuit.

"For me Britain is the home of motorsport — motorsport without Britain isn't motorsport," said Berger, who contested the British Grand Prix at Brands Hatch in 1986.

The deal for Brands to return to the DTM calendar was a one-off, but MSV boss Jonathan Palmer said that he wanted the series to return in 2019.

"I feel exactly the same way as Gerhard — if the DTM wants to come back, we will be pleased to work with them," he told Motorsport.com.

"We started with a one-year deal and that was the right way to do it.

Palmer described the crowd for the two-day event as "not huge", without divulging an attendance figure," but stated that he believed MSV and the DTM "could build something" at Brands over future years.

Palmer said that GP track was the correct Brands layout for the DTM.

"The Indy Circuit, which the ITR previously wanted, doesn't have the majesty of the grand prix track," he explained.

"Gerhard was adamant from the outset that we should race on the GP circuit, and he was absolutely right."

But Palmer also revealed that he was open to talking to Berger and the ITR about switching the fixture to MSV's Donington Park venue after hearing criticism of the lack of overtaking at Brands from drivers.

"Each circuit has it strengths and Donington is a circuit with great facilities now," he said.

"My feeling that is Brands is the place to have the DTM because it is closer to Europe and has the bigger catchment area — I'm sure it will always get the bigger crowd."

Audi driver Jamie Green was one of the drivers to suggest that Donington, which last hosted the series in 2003, was the more suitable home for the DTM in the UK.

"The DTM should definitely be here in Britain, but whether this is the right venue... it's difficult to overtake," he said.

"I think Donington is probably more suitable because you can overtake — on the Grand Prix circuit you've got places like the hairpin and Goddards.

"You still have the corners that are a real challenge at high speed like the Craner Curves, the Old Hairpin and Coppice."