Bruno Spengler says he would “do everything” to return to the DTM next year, as BMW’s factory M8 GTE programme in the IMSA WeatherTech SportsCar Championship nears its conclusion.

Spengler made his DTM debut with Mercedes in 2005 but is best known for his eight-year stint with BMW, which yielded a title in the Munich-based manufacturer’s first year of participation in 2012.

The Canadian switched to IMSA’s GTLM class last year as Connor De Phillippi’s teammate in the #24 BMW M8 GTE, finishing a respectable fourth in the championship with a maiden victory at Atlanta.

But BMW has scaled down its factory programme to just the four Michelin Endurance Cup races and the M8 will be retired following this weekend's Petit Le Mans, leaving Spengler with the option of competing in IMSA’s new GTD Pro category or finding a seat elsewhere.

After attending the DTM title decider at the Norisring last month, the 38-year-old says he is keen on returning to the series next year, having been impressed by its switch to a customer-based GT3 formula.

"I definitely miss being in the car on my own,” Spengler told Motorsport.com’s sister title Motorsport-Total.com. “I drove in the DTM for 15 years, so I really miss being here. It's already tingling in my stomach, I can feel that. And that's why I would look and do everything to be back in the DTM. It's just a mega series.

"Now with the new cars, I think the series has a great future. It's fun as well. I've already talked to the drivers a little bit and it all looks very cool. And it's a great challenge, as the DTM always was.

"You do have that atmosphere in IMSA as well. We didn't have any spectators for a while, but now they're back. But the atmosphere in the DTM, you don't find that anywhere else.” 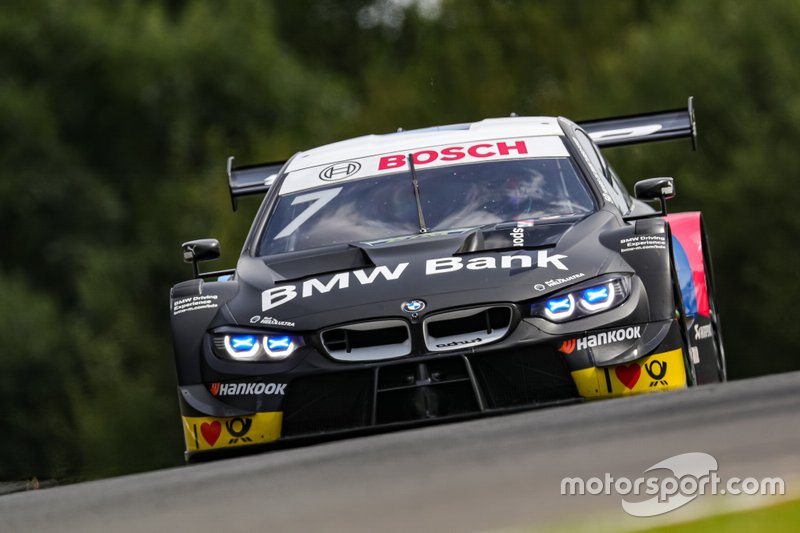 BMW is at an advanced stage with the development of the M4 GT3, which will be made available to customers - including DTM teams - for competition beginning next year.

Spengler has already tested the successor to the M6 GT3, which won iconic endurance races such as Spa 24 Hours and Nurburgring 24 Hours, and was left impressed with the car’s performance.

“I've already driven it at the Lausitzring," he said of the M4 GT3. "The next time I don't know yet when that will be. But I hope very soon.

"I really enjoyed the car. What the guys have achieved, they worked very hard and changed the concept a lot compared to the previous GT cars. From the direction, it's very interesting. The car looks really nice and I'm looking forward to driving it for the first race."

BMW is planning to return to the Le Mans 24 Hours for the first time since it won the 1999 edition of the event with the V12 LMR, but its LMDh project is expected to be centered around IMSA’s new top class rather than the FIA World Endurance Championship.

Asked if he’d like to be a part of BMW’s prototype programme that will come on steam in 2023, Spengler said: "When a brand like BMW enters a major series like Le Mans and IMSA with a project like the LMDh, then that is something very special. Of course, as a driver, I would be very interested.”