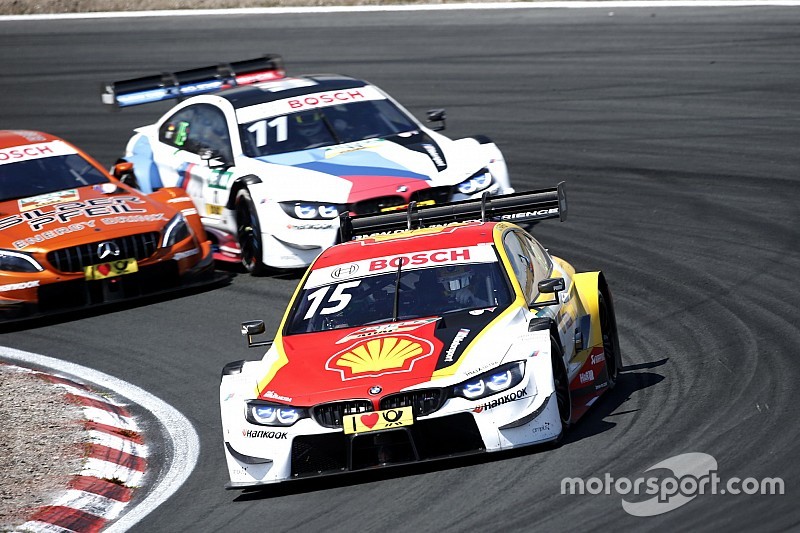 Augusto Farfus says BMW is "just not quick enough" in the DTM this season compared to pacesetter Mercedes.

Farfus was one of a handful of drivers to have previous experience of Brands Hatch's Grand Prix layout before last weekend's DTM round at the circuit, albeit from eight years earlier in the World Touring Car Championship.

He was fastest in second practice, qualified fifth and then advanced to second in Saturday's first race, but was seventh in Sunday's second qualifying session as those without experience of the circuit played catch up and retired from the race with damage.

Mercedes has won eight of this year's 12 DTM races and its drivers occupy four of the top four places in the drivers' championship, and Farfus said BMW was not capable of matching its rival on a regular basis.

"I have to be honest, [on Saturday] we managed to put together a strong performance but in general the package it is just not quick enough," Farfus told Motorsport.com.

"If you see Mercedes constantly they have three or four cars at the front and we are not able to do that.

"There is room to improve and we have to analyse to understand why. Particularly at tracks like this, Mercedes seem to be extremely strong.

"High downforce tracks like they were at Zandvoort and Hungaroring, we definitely need to try to understand and see.

"It's definitely not easy to try and catch up through the year because everybody does small steps and the gaps stay the same. We keep working."

Loic Duval said he thought Audi was now at the same level as BMW after a torrid start to the season, but that the manufacturer was still behind the curve in qualifying.

Rene Rast was the only Audi driver to qualify in the top half of the field for Saturday's race, although Robin Frijns and Duval joined him in the top 10 on the grid for race two.

"We had a good weekend compared to them [BMW] here in terms of pure performance," said Duval, when asked by Motorsport.com if he thought Audi was now faster than BMW.

"Quite often in practice we are quicker but in qualifying [Mercedes and BMW] are always able to get a bit more performance out of the car.

"If we could qualify nearer the front then in the race we always have the pace to fight them, we don't struggle as much.

"Unfortunately, when we don't qualify well then the race is always compromised. We have to try to get the best out of it or gamble sometimes on strategy.

"We did improve through the year but I think we will never get the performance like the others in qualifying, even though Rene is able to get the best out of it.

"I believe it's our weak point for the season and for now it's going to be difficult from now on to change anything to catch the others." 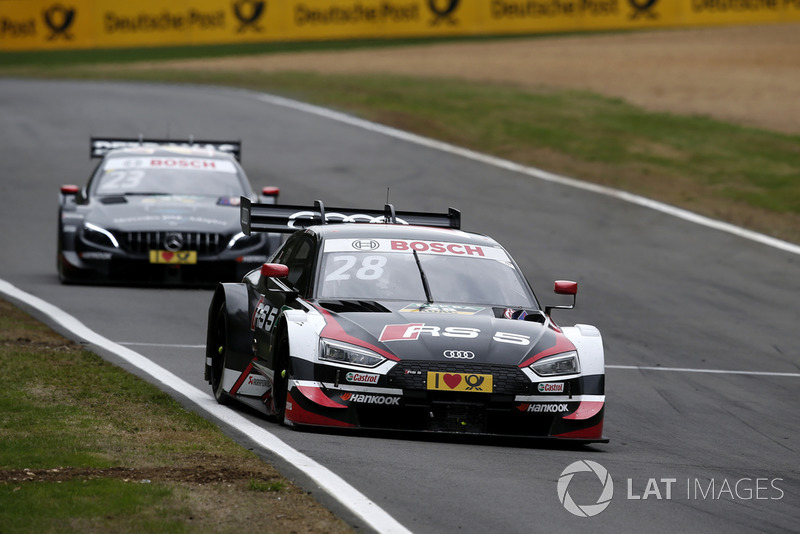 Glock admits "not much hope left" of DTM title