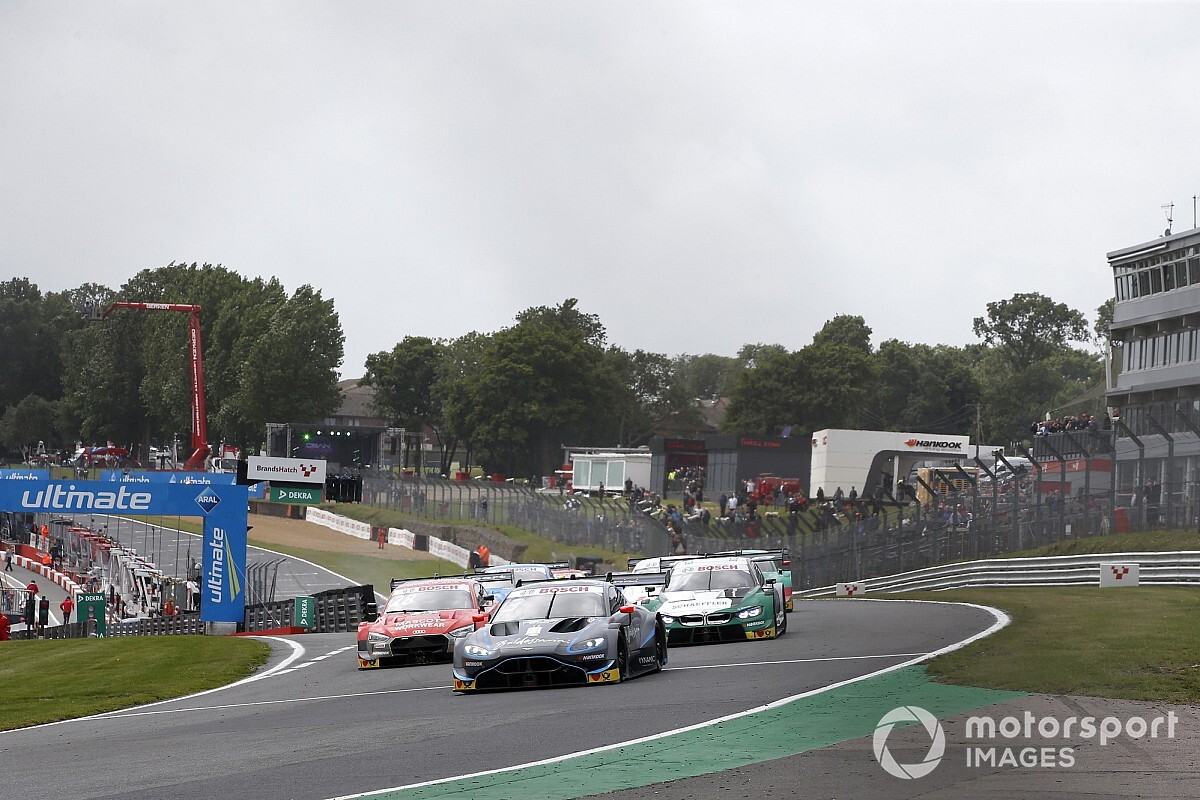 R-Motorsport Aston Martin driver Paul di Resta insists he did nothing wrong at the start of the opening DTM race at Brands Hatch after being handed a jump-start penalty.

After qualifying a strong fourth in mixed conditions at the Kent venue, ex-Formula 1 driver di Resta leapt into the lead as the pack entered Paddock Hill Bend for the first time.

However, the Scot was soon under investigation for his getaway, and in the end was handed a five-second pitstop penalty, which he served when he pitted on lap 16 of 42.

Di Resta was on course for a points finish before his Vantage DTM suffered a loss of power in the closing stages, and post-race he was adamant his start was not illegal.

"They need to look at the past and what was acceptable and not acceptable," di Resta told Motorsport.com. "I think the reality is everyone else around me got a bad start.

Despite the penalty, di Resta was nonetheless satisfied to be able to lead the R-Motorsport squad's first laps since the start of its DTM project.

"It was good, we had decent pace," he said. "We were flattered by the changeable conditions in qualifying, got ourselves in a good position. Nice to lead the first laps here with Aston Martin and until that point the race was going well.

"We had another technical issue in the background which we discovered at the end of the race, which is why we lacked a bit of performance, but it’s all the result of a two-day event. There’s no time to see those things, we just go straight into qualifying."

Polesitter Marco Wittmann, who went on to win the race for BMW by just 0.3 seconds ahead of Audi's Rene Rast, said he was pleased to see Aston Martin fighting its more established rival brands at its home race.

"I have to say, for DTM, I felt happy that Aston Martin was leading a race," said Wittmann. "They did well, we were slightly quicker but he [di Resta] kept the lead.

"They already showed they have improved their performance, they were quite up in front despite the tricky conditions in qualifying, so they are coming closer step-by-step. At the end I think it was good for DTM to see."