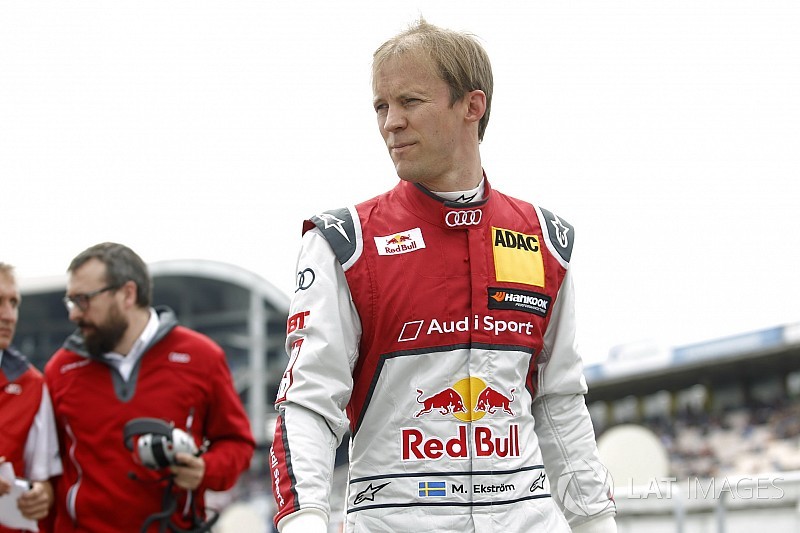 Mattias Ekstrom will skip the Holjes World Rallycross Championship round to take part in the clashing DTM meeting at Norisring, Audi has announced.

Last season, Audi allowed Ekstrom to miss the DTM finale at Hockenheim to chase his maiden rallycross title with his EKS team.

While Ekstrom again finds himself in contention for the WRX title, he lies fourth in the DTM standings, just eight points behind leader and fellow Audi driver Rene Rast.

And although Audi has provided manufacturer backing to Ekstrom’s rallycross team this season, the German manufacturer has also made it clear that DTM is its priority.

As such, the 38-year-old will race at the Norisring on the first weekend of July.

“It was a very difficult decision because we’re still early in the season and Mattias has title chances in both championships,” said Audi motorsport boss Dieter Gass. “But the factory commitment in the DTM has priority for us.

"Mattias can win his third DTM title this year and has always been very strong at the Norisring. In addition, this is our home round and we need Mattias there.”

Ekstrom added: “I’m happy that my boss [Gass] has made this decision for me. That of all events there’s a clash between my home race in Holjes and one of my favourite races in the DTM is a real shame.

"I’d have loved racing at both events but, unfortunately, that’s not possible logistically.”

At Holjes, Ekstrom will be replaced by former WRC driver Per-Gunnar Andersson, who made a one-off appearance with EKS at the Istanbul Park World RX round in 2014, and contested most of the following season for Marklund Motorsport.

Wickens: DTM is my priority, it’s all I want to do