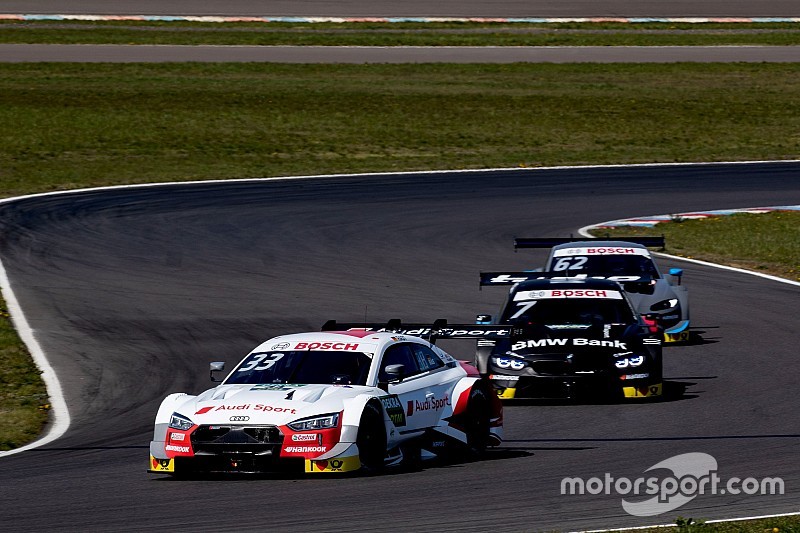 The DTM will switch from timed races to a fixed number of laps for the 2019 season, it has been confirmed.

For the last two seasons, the German tin-top series' races have all been run to 55 minutes, plus an extra lap, after it was decided to make both races in a weekend the same length.

This year, the DTM will return to a set number of laps per race for the first time since 2014, based on a duration of "approximately 58 minutes" according to a series statement.

Races can also can be extended by up to three laps in the event of a safety car period, in similar fashion to the BTCC, but with a time limit of 70 minutes.

Another change for the 2019 campaign is that only the best four cars from each marque will count towards the manufacturers' championship, instead of all cars.

This is to accommodate the new R-Motorsport Aston Martin operation, which only has four cars on the grid as opposed to BMW's six and Audi's eight (including the two WRT-run cars).

The DTM, which is embarking on a new era this year with turbocharged four-cylinder engines conforming to Class One rules, had previously announced other rules tweaks for 2019, including the introduction of a new push-to-pass system and revised DRS usage rules.

In other technical changes, launch control has been abolished for the new season, while a rear camera - similar to those used in Super GT - replaces the central interior mirror.

The series has also modified its race weekend format, cutting down from three practice sessions per weekend to two. Both will take place on the Friday of each event, except Brands Hatch, where local noise restrictions mean there is a condensed two-day schedule.