Formula 3 graduate Sophia Floersch says she expected more from her debut weekend in the DTM at Monza after failing to crack the top 15.

By:
Rachit Thukral
Co-author:
Sven Haidinger
Listen to this article

Abt Sportsline driver Floersch is one of the several newcomers in the DTM this year, dovetailing her duties in the revamped GT3-based series with a drive in the FIA World Endurance Championship with the Richard Mille Racing LMP2 team.

The 20-year-old is one of the two female drivers on the grid, the other being Esmee Hawkey - who was signed by Lamborghini squad T3 Motorsport a week before the start of the season.

Floersch finished both races of the Monza curtain raiser in 16th place, having started 19th and last on each occasion.

The German driver was stuck behind compatriot Timo Glock for much of Saturday’s encounter, with the speed difference between her Audi and Glock’s BMW a whopping 6.2km/h on the straights.

She eventually managed to overcut the Rowe Racing driver during the mandatory pitstop cycle, missing out on points by just over 11 seconds.

On Sunday, Floersch finished less than a second behind the Team Rosberg Audi of Dev Gore but ahead of Hawkey's Lamborghini, as Abt teammate Kelvin van der Linde led from pole position to claim a lights-to-flag win.

Summing up the weekend, Floersch said: "I went in with a bit more expectation.

"It was simply impossible on the straights to follow even with the slipstream. That's abnormal, because you don't have racing like that.

"Fortunately, [Glock] came into the pits at some point and then I drove my laps.

“Basically I finished both races, collected kilometres, collected laps. We still have a bit of work to do, both with me and with the car, but we've definitely made steps forward.”

Floersch was also disappointed with her one-lap pace as she lapped 1.5s behind the polesitter in both qualifying sessions across the weekend.

“I came from LMP2 the previous week, which is a huge change to be honest," she said. "We had planned two sets [of tyre] for the first qualifying.

“The second one, strangely enough, wasn't better for everyone. We still have to see why that was, but probably because it got warmer. I still made a few mistakes in the first one."

The DTM heads to the Lausitzring next month for the second round of the championship, a track that was also used as a pre-season testing venue in April.

Floersch hopes to be more competitive at the German circuit, saying: "I think it will be very close at the Lausitzring because we all tested there, but I'm looking forward to it and I'm positive.” 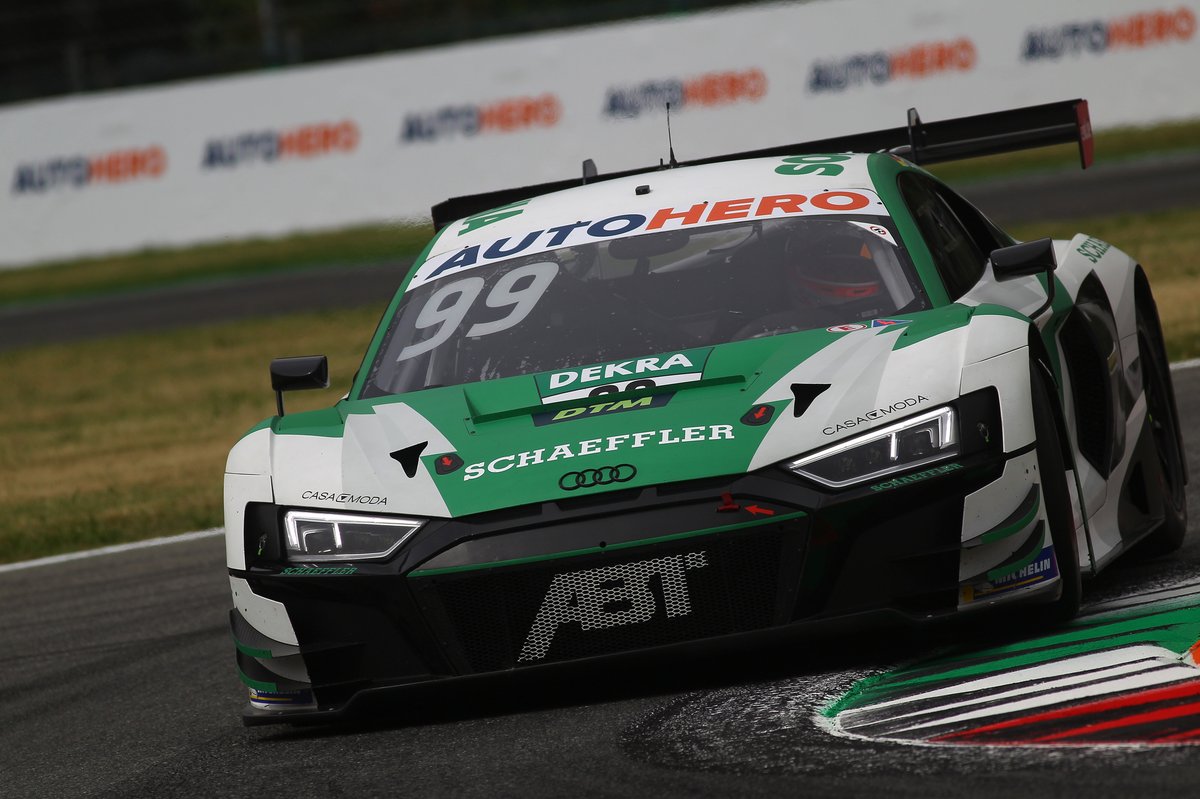 DTM to use oval-based layout for Lausitzring round