In his second column for Motorsport.com, Mercedes DTM star reflects on a mixed opening weekend of the new season at Hockenheim.

Arriving at Hockenheim for the first race of the season is always a special feeling, and this year was no different. Even walking into the circuit on Thursday afternoon there were a few autograph hunters standing at the entrance to the paddock, very keen indeed.

That day, I met the engineers and we proceeded with our track walk. We will always walk the circuit at every race weekend, this way you get a really close look at each of the corners, and it also gives us time to catch up with what is going on in the team as well as what we expect for the weekend when chatting to the guys.

The first race weekend of a new season is always a really busy one. Everybody is trying to find their feet; we have a few new people in the team at ART as well as at Mercedes in general. The ITR schedule always changes a bit year to year so we have to adapt our own plans to suit.

One of the most difficult things to manage on a race weekend is our time, there is so much to fit in around the practice session and races. We have meetings either side of each session with our engineers, sponsor appearances, press appointments, autograph session, and in all that we also have to try and find time to eat. It’s great having two races per weekend, but it sure does make the schedule very tight. 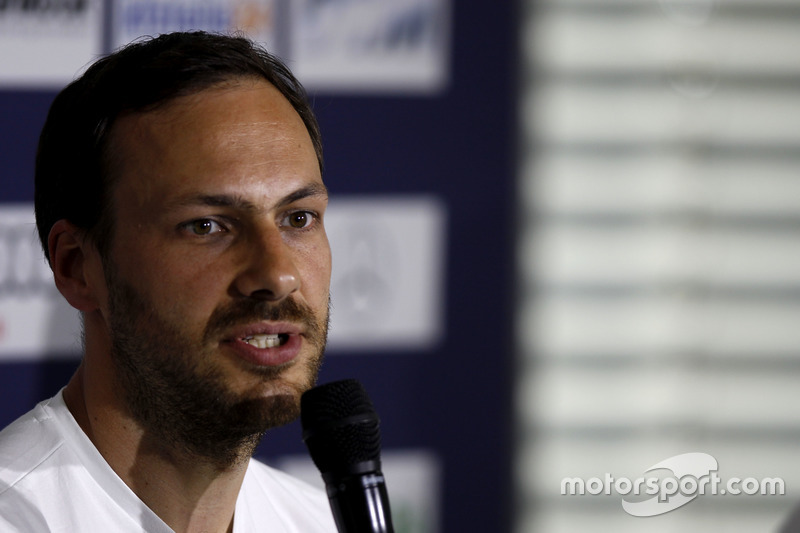 On Friday we arrived at the track and were greeted by a crowd of fans trying to grab a picture or autograph with their favourite driver. It slows our progress to the hospitality a bit, but it’s worth it; the excitement you see on these people’s faces is priceless.

Friday afternoon's practice session passed without any problems, and I was left feeling pleased with the car. The most important thing in the DTM is to start the weekend with a good car, as it’s tough to make a lot of changes with such limited testing and what we started with was solid, nothing spectacular but a good balanced race car.

The car was great and I had the speed to be on the front row, however I didn’t get the lap together and made a big mistake entering Turn 12 into the Motodrome section. This meant I would line up 11th on the grid, much less than what the car and team deserved. 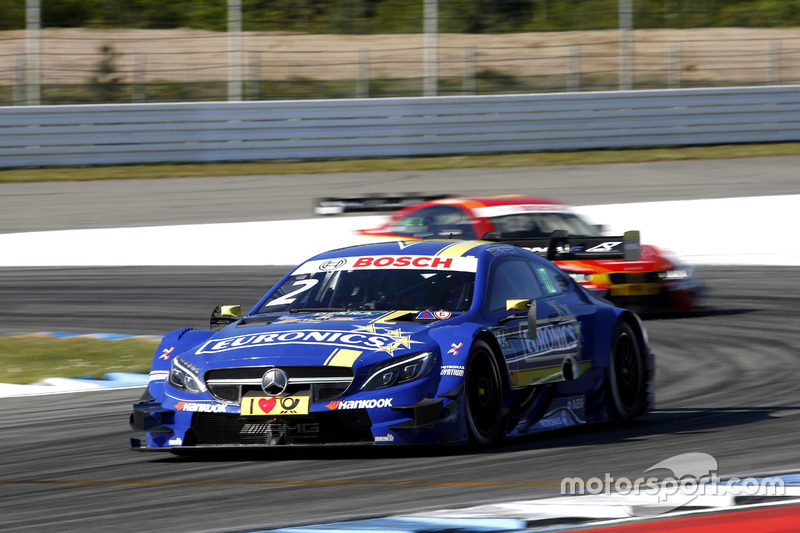 The first race of a new season is always a fiery affair and this was no different. I got pushed very wide into Turn 1 by Bruno Spengler, who made a better start than me, and for the rest of the first lap I tried to stay out of trouble.

I had qualified the row behind my good friend and fierce rival Mattias Ekstrom, and we both made our way through the carnage to be fighting it out for seventh position.

Early in the race the slow zone came out, and this is where the trouble started. Mike Rockenfeller had contact with Bruno, which damaged his cars suspension and as a result he was driving slower than the 80 km/h slow zone limit.

As you are allowed to pass a car if it is damaged and going slowly, I anticipated driving straight past; however Eki braked hard not to pass him and I hit the rear of his car, causing damage to both.

From that point onwards, we swapped position lap-by-lap using the DRS to overtake down to Turn 6, trading a bit of paint or regular occasions.

On Lap 9 I passed Mattias again, and managed to defend my position for a couple of laps until on lap 12 he quite rudely drove into me at the apex of Turn 6 and pushed me off the track, causing significant damage to the rear of my car.

This really pissed me off as we had been racing fairly until then, and I thought his move was over the limit, as most of you will have seen by my tweet following the race.

After some contact from my Mercedes teammate Lucas Auer, which lost me a few more places I was left in 11th place out of the points and with such a damaged car there was no chance to get back up the field.

A disappointing end to a tough race to start 2016! 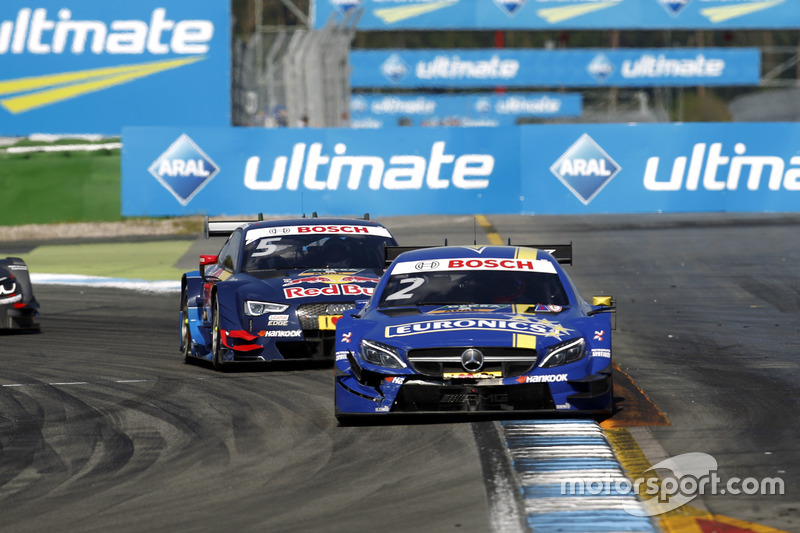 The mechanics at ART had a massive job on their hands to get the car repaired and back to the perfectly prepared car that had arrived two days ago. They did an amazing job and when I arrived on Sunday morning it looked brand new.

Sunday ran more smoothly, the car once again had incredible speed and I should have been on the front row for Sundays race. I did however manage to secure third position on the grid for Race 2 which was a big relief to be near the front.

Audi on the other hand seemed to struggle a lot, in fact more than they should have done which to me didn’t look right.

The race start went without too much drama for me and once I got past Maxime Martin I realised myself and Paul di Resta had the edge over the rest of the field. I pushed him hard and after the pistop was right behind him with my only thought being “where can get past him?”

Moments later the radio cued up and Jojo (my race engineer) spoke the fateful words: “We have a drive-through for an unsafe release”.

Obviously I knew it had been close in the pitlane when I saw Robert Wickens cut across the front of my car but it hadn’t even crossed my mind that I might get a penalty until then. I was furious at what I had been told, but focused on pushing hard to keep the pace up before taking the penalty. I kept quiet, kept calm drove through the pitlane and emerged in 11th position, what a disaster!

I quickly caught Nico Muller and passed him for P10, and then realised how much faster than the opposition I was. I then got through the BMWs of Marco Wittmann, Martin Tomczyk and Tom Blomqvist pretty quickly before catching up with Wickens. I passed him into Sachs Curve, which was actually pretty close between us and then started hunting down the battle for second

I got onto the back of Maxime on the final lap but just too late to get past and came home a decent fifth Another couple of laps and I think I could have got back up to second.

What a race, I was still really gutted about the drive through but really pleased with getting some decent points to end the weekend. Timo Glock was disqualified when post-race scrutineering of his car found part of the bodywork to be outside of legal limits which meant I was moved up to P4, 12 points in the bag.

My overall feeling from the weekend was that we have a competitive car, which bodes well for the season ahead, although I scored a lot less points than I should have done. Next we move onto Spielberg for Races 3 and 4, where I hope to repeat last season's Sunday performance and get on the podium at least once. 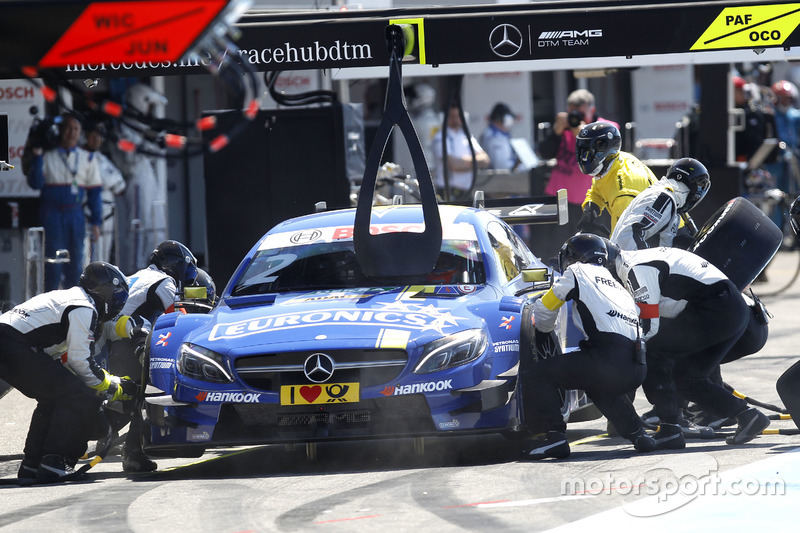