BMW driver Timo Glock says he can’t explain how his pace dropped by three seconds for a short period of time in the second of the two DTM races at Spa-Francorchamps.

After an encouraging drive to eighth in the first race of the Spa weekend, Glock endured a nightmare Race 2 as he struggled with heavy tyre degradation in his Team RMG-run M4 DTM.

The ex-Formula 1 driver had started seventh on the grid, the third highest among the factory BMW fleet, but he rapidly dropped outside the top 10 rapidly in the closing stages of his first stint.

After completing his mandatory pitstop on lap 14, Glock began losing as much as three seconds a lap to the frontrunners, before his pace inexplicably returned to normal.

Glock, who eventually finished 13th and the last of the six factory BMW drivers, said he remains perplexed by his sudden drop in speed and a general inability to manage tyre wear in Sunday’s race.

“I don’t know what happened with the second set of tyres. We had no pace for five laps, six laps,” Glock explained. “I was three seconds off the pace.

“Then suddenly the tyre recovered and I could do the same laps as the other BMWs but the train was gone. Just frustrating.

“I mean even in the first stint it was okay until three-four laps till the end. And [then] the tyre dropped quite a bit. But the second stint was hard to understand what happened.

“I think there was something wrong either on the car - an aero part was blocked with whatever, I don’t know, or the tyre was just not right. Hard to say.” 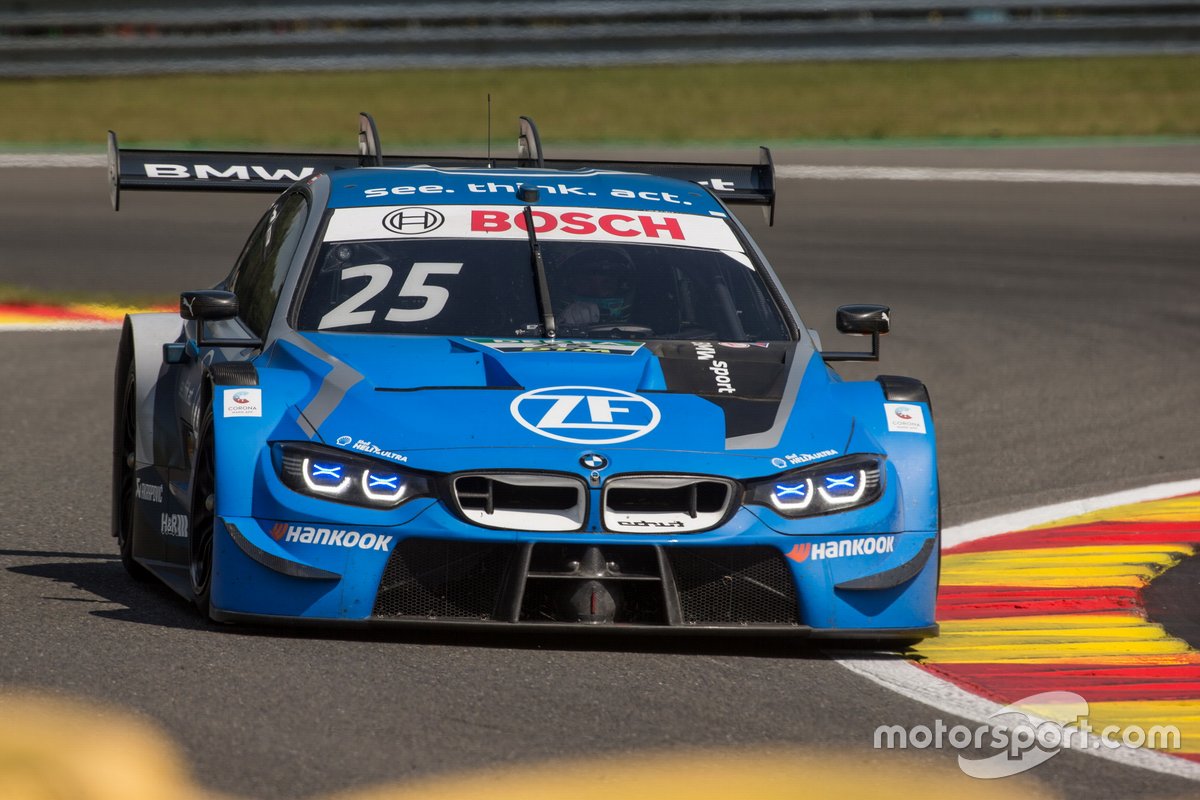 Another BMW driver to suffer a reversal of form between the two races was Philipp Eng, who went from finishing as the top driver from the Bavarian marque in sixth in Race 1 to a disappointing 11th on Sunday.

Eng had qualified a strong sixth on the grid, just two spots behind the top BMW of Sheldon van der Linde, but was unable to replicate the same pace during the race, losing the final points-paying position in the final few laps to Marco Wittmann.

When quizzed about his struggles, Eng said: “The car felt very good in qualifying, I could extract almost the maximum. Unfortunately I had traffic with Duval, it didn’t cost me the starting position, but it did cost me some lap time.

“And then in the race I was fairly optimistic because I was managing my tyres very well on Saturday and I exactly knew what I was doing. And I just tried to re-apply that to today.

“My race on Sunday could not have been any more different compared to Saturday’s. It was completely upside down, I didn’t have the pace and I couldn’t manage my tyres.

“So whatever I did I couldn’t really save them, which is definitely not understood at that point. We really need to dig deep into it and understand why because right now I just don’t have the knowledge.”

Bortolotti: Everybody still a rival in 2022 DTM title race

Bortolotti: Number of crashes in Norisring DTM race one "abnormal"