Glock hits out at "not logical" Zandvoort qualifying exclusion 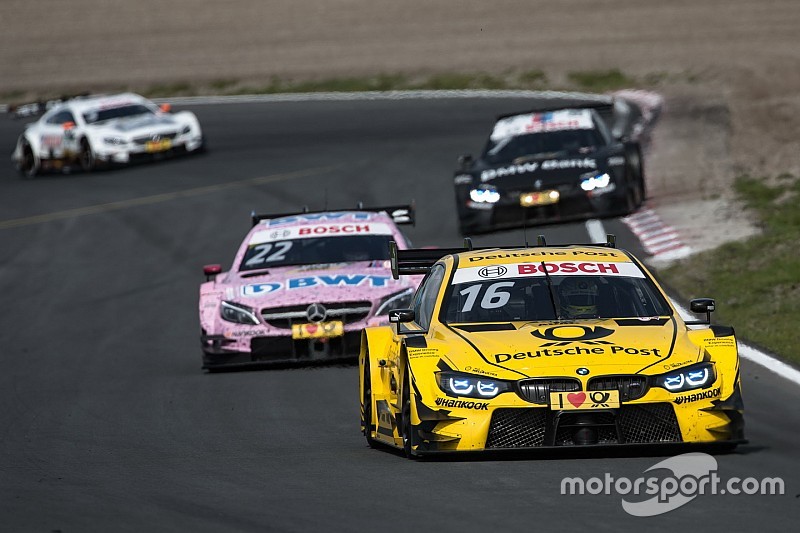 Timo Glock has hit out at what he considers to be a "not logical" DTM stewards' decision to exclude him from second qualifying at Zandvoort.

Having qualified fifth after his race victory on Saturday, ex-Formula 1 star Glock was thrown out of qualifying for "severely impeding" Mercedes driver Edoardo Mortara and sent to the back of the grid.

Mortara had first held up Glock at the fast right-hander of Scheivlak, prompting the BMW driver to label his rival a "f***ing idiot" over team radio and then slow down himself to show his displeasure.

Glock, who was also handed a 3,000 Euro fine for unsportsmanlike behaviour, said post-race he couldn't understand why he had been penalised when Mortara had originally been at fault.

"At the end it's shame to get disqualified for getting blocked by Mortara in Turn 8," said Glock, who ultimately finished seventh following the disqualification of BMW stablemate Marco Wittmann.

"The [governing body] DMSB thought that was unfair and not in the spirit in the rules. But he was on an out-lap, trying to get his tyres up to temperatures and create a gap, I was aborting my lap and tried another attempt.

"To get disqualified for that is not understandable for me and not logical."

Glock's frustration was compounded by the fact he had been obstructed by Audi driver Loic Duval on his first run in qualifying, an incident which he believed cost him two and a half tenths.

"Duval blocked me at Turns 9 and 10, which [the stewards] didn't even look into, which is a strange one as well," he added. "You report something to the stewards, and they say 'no, we don't need to look at it.'

"With both sets of tyres I was on the way for a front-row position again, because the lap was spot-on until that. For sure emotions are high when you know you have chance to be on pole."

"There was blocking both sides, and for me, I couldn't see anything really putting others in danger," he told Motorsport.com. "To me it was really a surprise, it was a pretty harsh punishment."