Audi DTM driver Jamie Green will miss this weekend's third round of the season at Misano as he recovers from appendicitis, and will be replaced by Pietro Fittipaldi.

WRT Audi regular Fittipaldi was not originally due to race at the Italian track this weekend due to conflicting reserve driver duties with the Haas Formula 1 team in Canada.

MotoGP star Andrea Dovizioso, who will be making his DTM debut at Misano, was drafted in to replace the Brazilian driver.

However, Green's 'acute appendicitis' and subsequent surgery forced a change of plan, with Fittipaldi now being recalled to fill the Briton's seat at the Team Rosberg Audi squad.

Audi motorsport boss Dieter Gass said: “The symptoms appeared all of a sudden during the night from Tuesday to Wednesday. We all wish Jamie a speedy recovery.

"He’ll definitely not be fit for racing again this weekend, so we’re happy that Pietro is able to stand in for him on such short notice.

“For us, Pietro is the best solution. He knows the car and showed strong performances in his first two DTM events.”

Green sits seventh in the current DTM standings after finishing third in the second race of the most recent round at Zolder.

Fittipaldi, the grandson of two-time F1 champion Emerson, scored his best result of 2019 in the same race in ninth, and lies 15th in the points. 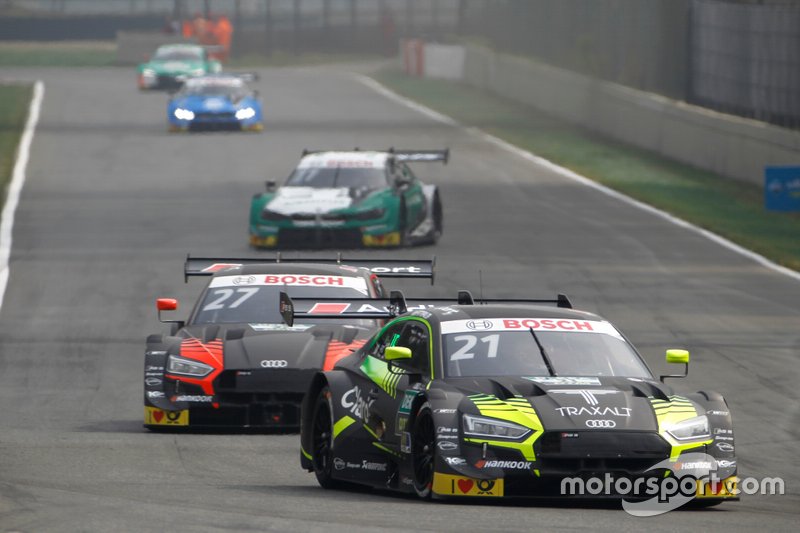 Ryan Newman talks 500 crash: "I was knocked out"