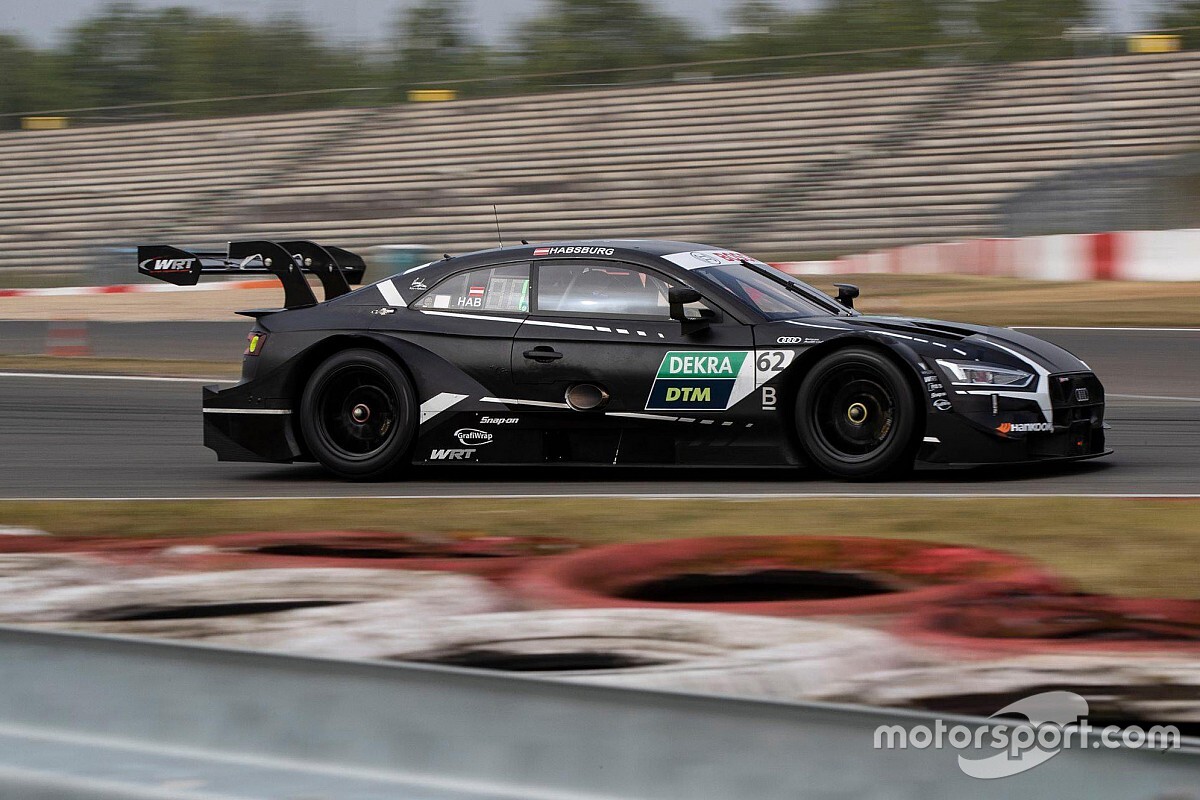 WRT Audi driver Ferdinand Habsburg led the timesheets for the second day of DTM pre-season testing at the Nurburgring on Tuesday.

Habsburg topped both the morning and the afternoon sessions at the 5.1km circuit, with his quickest time of 1m19.319s before the lunch break placing him at the top of the combined timesheets.

However, Habsburg still fell 0.115s short of beating Philipp Eng’s chart-topping time from the opening day of testing on Monday.

Eng again featured at the front of the field on Day 2, the BMW driver finishing just 0.010s behind his WRT Audi rival after completing a whopping 164 laps through the day.

Audi’s Jamie Green was third fastest with a time of 1m19.503s, with two-time champion and BMW driver Marco Wittmann 0.078s adrift in fourth.

Loic Duval completed only 29 laps all day as he continues to recover from a collarbone fracture that he sustained while while mountain biking in Geneva two weeks ago.

He still managed to set the fifth-fastest time of the day, 0.268s off the ultimate pace, with fellow Audi drivers Mike Rockenfeller and Nico Muller not far behind in sixth and seventh respectively.

Former Formula 1 driver Robert Kubica nearly gained a second on his best lap time from Monday, ending up 0.464s behind pacesetter Habsburg in eighth in the ART-run customer BMW.

Lucas Auer’s (BMW) time of 1m20.003s from the morning session put him eighth in the combined order, ahead of Fabio Scherer (WRT Audi) and Robin Frijns (Audi), the latter only venturing out on track after the lunch break.

Reigning champion Rene Rast, who is scheduled to test a Formula E car in July, skipped the second day of the test after completing 194 laps on Monday.