Dovizioso is driving for the privateer WRT Audi squad this weekend in Misano, replacing Pietro Fittipaldi at the outfit.

The Ducati MotoGP rider has regularly spoken of the learning curve he is experiencing with the Audi RS5 DTM and spoke on Friday of his struggle to get used to the difference in approaching and exiting corners due to the difference in power application and racing lines.

The R-Motorsport squad has scored points for the drivers' championship at each DTM round this season but has struggled in more conventional racing conditions due to a lack of power.

When Juncadella was asked if he had any advice to help Dovizioso, the Aston Martin driver said: "I don't really want to give him too many tips because if you look at our performance in Hockenheim and Zolder, I could worry about him.

"It's quite encouraging to see he is struggling. All my friends are watching this race even more because it's is a MotoGP rider coming [here]. 'What if he beats you, it's impossible right?' And I'm like: 'You never know!'.

"I'd like to focus more on myself and trying to get grips with our car and try to find a little bit of pace. Having three weeks off will be a bit of time that [will have] helped us find a bit of rhythm. I wish him all the best, of course, but I'm not going to give him too many tips."

Audi's Mike Rockenfeller said that Dovizioso would not find the Misano weekend easy.

Rockenfeller continued: "If we went on a motorbike we'd all look really bad. It's not easy to jump into another category and be fast straight away. Anyway, we [at Audi will] do the best to help him that's for sure."

BMW's Timo Glock added that he had a "lot of respect" for Dovizioso attempting the DTM and added: "It will be a bit [like] slow motion for him down the straights.

"But our cars are quick around the corners and that's a challenge for him, to understand how to get around the downforce cars and get the maximum out of it."

Dovizioso further explained his adaptation to the RS5 DTM and pinpointed the difference in throttle application as his main weakness.

MotoGP riders can have distinctly different approaches to cornering and the benefit of traction control.

But Dovizioso is now experiencing higher levels of downforce and admitted it had taken him "six laps" to go flat through the circuit's fast corners during testing.

Audi predicts that the flowing Turn 13 will be taken in fifth gear at around 114mph and Dovizioso said Turn 3 - a gradual bend following a chicane the sharp-right penultimate corner (Turn 15) proved challenging.

"Still [at] some chicanes, I'm not very fast," said Dovizioso. "For me to use [the throttle] and keep almost flat while changing direction - I don't feel so comfortable at Turns 3 and 15.

"That corner [15] looks easy but when you have to exit in first gear and put three gears in and release the throttle, from my eyes I want to lift, so it's not easy.

"I have to manage the entry with the brakes and turn the car and open [the throttle] very quickly. I'm still a bit slow but I hope I have a chance to follow some drivers [in practice].

"I don't know if it will work, because also the cars lose the downforce and it's completely different from the bikes." 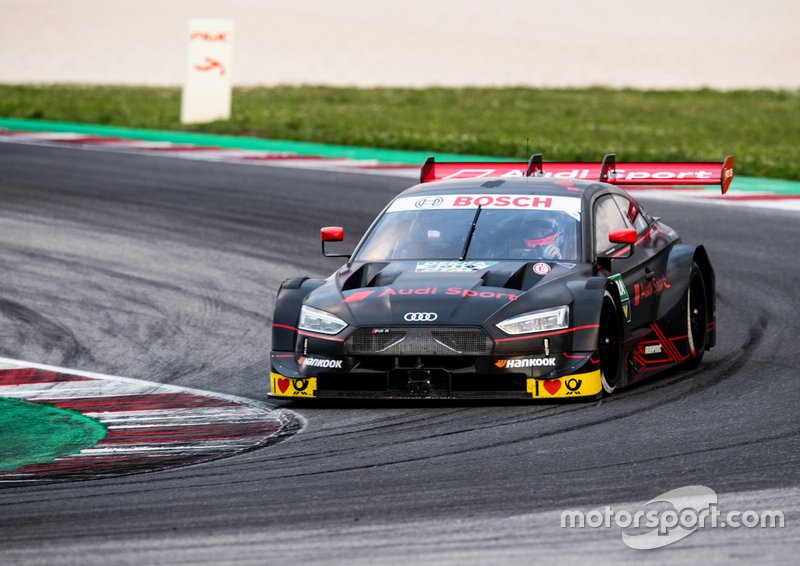