Kubica hints at ‘bigger problems’ after another DTM no-score 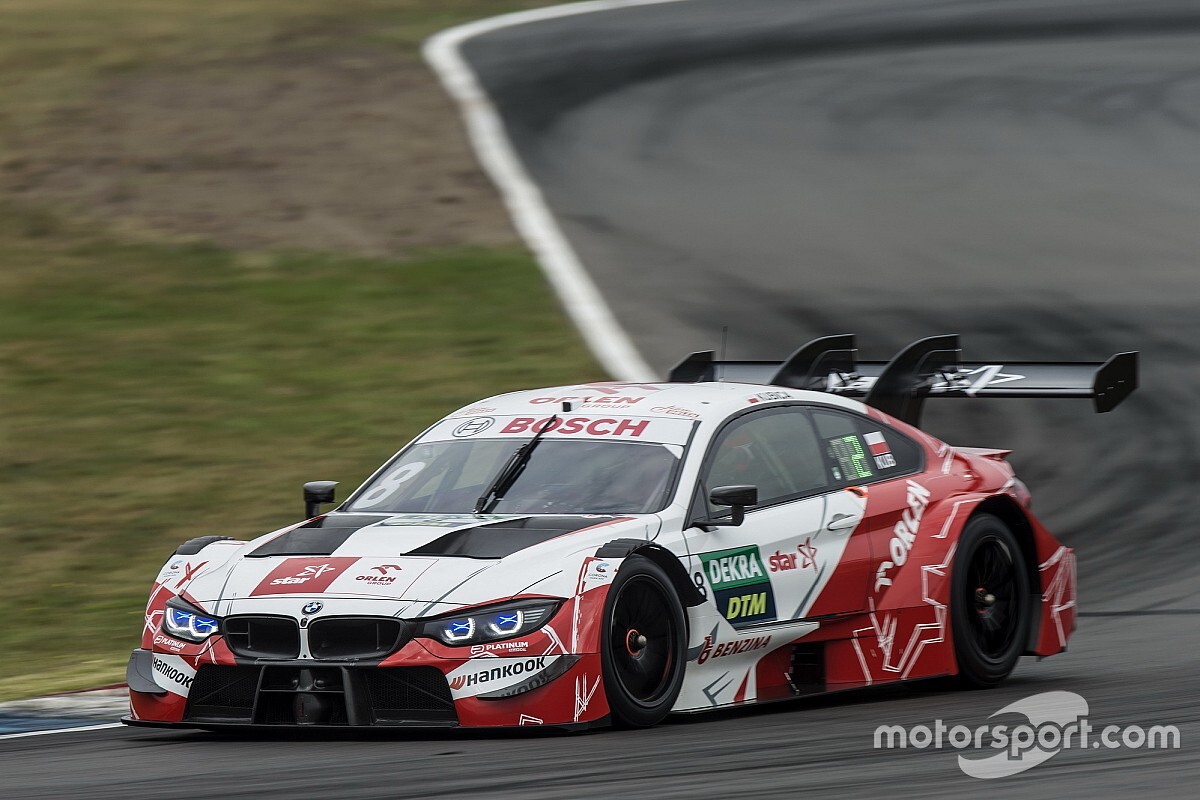 Formula 1 race winner Robert Kubica believes there is a bigger problem “holding back” his performances in the DTM after another frustrating weekend without points at the Lausitzring.

Kubica became the latest ex-F1 driver to move to the DTM this year, joining ART on its return to the category as a customer BMW team.

However, the Polish driver has been unable to deliver a single point in the opening two rounds of the season, despite showing a marked improvement in pace during the pre-season test at the Nurburgring in June.

Kubica qualified dead last for the two races at Lausitzring last weekend, nearly 1.4s off the pace and four tenths down on the next highest driver on the grid.

He was classified 13th in both races, but finished a minute down on Saturday winner Nico Muller on Saturday. There was a significant improvement on Sunday, however, as he finished just 2s adrift of 10th-placed finisher and Audi driver Mike Rockenfeller.

Kubica believes his privateer BMW M4 wasn’t any quicker at Lausitz than it was two weeks prior at Spa, and suggests set-up changes aren’t enough to get the car up to speed.

“I don't think the situation is any different from what was at the Spa,” Kubica told Przeglad Sportowy. “Except for one exception [that] the lap was half as short [at Lausitzring] and automatically the differences are smaller, but that doesn't change us much.

“The sensations and lack of grip and performance of the whole package were also in the Spa and they are here [at the Lausitzring].

“Here it was more visible because with a shorter lap you have more time to tune everything. Other teams and drivers had more time too.

“We were hoping to be able to check and improve something on Friday. That worked out, but I think we're at the same point. It looks like it's not a matter of changing one or two parameters in the car tuning. There is something bigger that is holding us back.

“There's not necessarily one problem. The fact is the situation is tough. If you're going out for qualifying and drive 0.4s slower than the last-but-one driver, it's probably not normal.”

BMW motorsport director Jens Marquardt said it would take several races for Kubica to become competitive in the DTM, but said the German manufacturer is willing to aid ART in its quest to get on terms with factory teams RMG and RBM.

“Well I think it’s really for him to settle into the whole thing here,” Marquardt said. “I mean Spa, difficult. We struggled overall as BMW at Spa, [it was] difficult for him there. Here [at the Lausitzring] I think we’ve seen progress already.

“We all know how difficult DTM is, how difficult the car is to drive, to extract the maximum out of it. And he’d be getting closer and closer, but I think it will take him a few races.

“Obviously from our side we do everything to help him and the team better understand to get to grips with everything.

“You can see it in the pitstops. It still takes the team a bit more to get into the groove. In that respect we have with our two teams a good benchmark.

“Our pitstops and starts were quite good and we need to capitalise on that and keep working on that, and get ART to the same level.”