Kubica to drive for BMW in DTM test at Jerez

Ex-Williams Formula 1 driver Robert Kubica will drive for BMW in the upcoming DTM rookie test at Jerez in December. 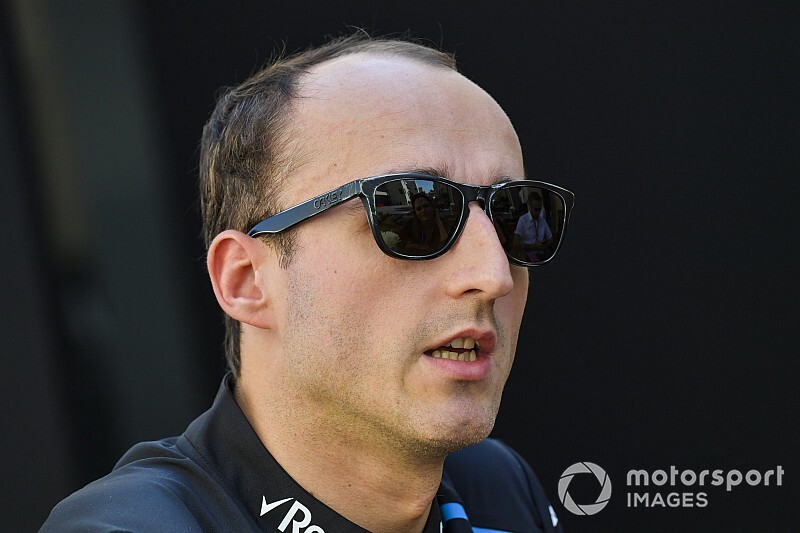 Kubica, who has been replaced by Nicolas Latifi at Williams for 2020 following a challenging F1 comeback, has already outlined his ambition to combine an F1 simulator role with a racing programme elsewhere.

As revealed by Motorsport.com earlier this year, Kubica's management had been in touch with Audi as it evaluated his post-F1 future but Audi motorsport boss Dieter Gass has since indicated the manufacturer is likely to retain its line-up for 2020.

But BMW, which lost to Audi in all three titles in 2019, is undergoing a review of its structure and driver line-up, potentially opening the door to a race seat after Kubica indicated a DTM switch was likely.

Kubica has tested a DTM car before, having driven a V8-powered Mercedes in 2013 in a test that impressed the manufacturer.

"I would like to thank BMW Motorsport for the opportunity to test at Jerez with the BMW M4 DTM," said Kubica, who raced for BMW in F1 between 2006 and '09.

"I am already very much looking forward to the test and to getting to know the DTM race car with its turbo engine. I can well imagine a future in the DTM.

"I am looking for a new challenge, and the DTM is certainly just that. The series has a top-class field and the standard of driving is extremely high. However, we must first wait and see how I get on at the test."

BMW motorsport boss Jens Marquardt added: "We are delighted to offer the opportunity to Robert Kubica to take part in the Jerez test.

"Robert is a big name on the international motor racing scene, with a lot of experience in high-class series like Formula 1.

"We are now very intrigued to see how he gets on in his test at the wheel of a touring car – our BMW M4 DTM."

Audi is keen that ex-Formula 3 European Championship racer Jonathan Aberdein remains close to the brand after a promising first year in the DTM, while Haas development driver Pietro Fittipaldi's future looks less clear, despite his interest in remaining in the series.

Privateer team WRT requires drivers with financial backing, making Kubica - who brought around €15million to Williams in 2019 - an attractive candidate.

Kubica's main backer PKN Orlen is an additional factor that has to be considered as the company wishes to remain in F1 in some format.

The DTM driver market has remained quiet so far, with R-Motorsport Aston Martin still working on the make-up of its 2020 programme, Audi expected to retain its line-up and BMW still undertaking its structural review.

BMW is the only manufacturer to confirm its line-up for the rookie test with Nick Yelloly also testing alongside Kubica on December 10-13.