This is the second round in a row where T3 Motorsport is fielding a guest entry, having also ran an extra car for GT Masters driver Maximilian Paul at the Red Bull Ring last weekend.

Bortolotti played a role in the development of the current generation Huracan GT3 racer and has been a part of Lamborghini’s factory roster since 2014, although he did spend last season racing for sister brand Audi before returning to the Italian marque this year.

The 31-year-old competed in a wide variety of GT3 championships during his time with Lamborghini, and helped the manufacturer score back-to-back GTD wins at the Rolex 24 Hours from 2018-19.

Bortolotti’s addition to the grid means at least 21 drivers will contest the sixth round of the 2021 DTM season on September 17-19, with ex-Formula 1 driver Christian Klien making his third outing of the season in a JP Motorsport-run McLaren 720S GT3.

“I’m really looking forward to debuting in the next DTM round together with T3 Motorsport.” said the Italian driver, who also won the last season of the MotorVision-run Formula Two championship in 2012.

“I’d like to thank the team as well as Lamborghini for the opportunity and trust. I’ve been following the DTM since I was a kid. Having the opportunity to finally race here myself, is a dream come true. Our ambition as a brand is to compete at the top in DTM as well.”

T3’s guest driver Paul came close to finishing inside the points at the Red Bull Ring, finishing 11th in Race 2.

“I'm very happy that Mirko will drive for us in Assen!” said team boss Jens Feucht. “With his many years of experience in the Huracan, he will certainly help us as a team in further development work.

“I am also sure that Esmee and Esteban can learn a lot from him and that we can take another step forward as a team.“ 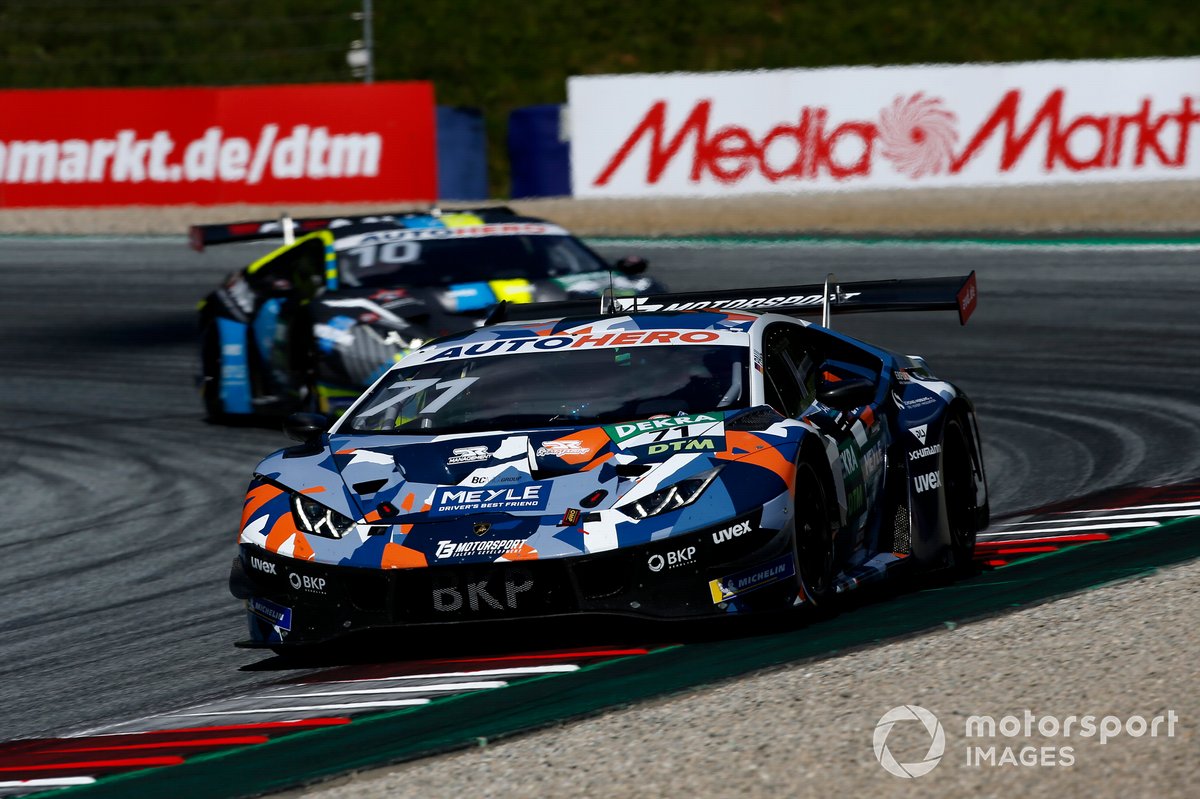