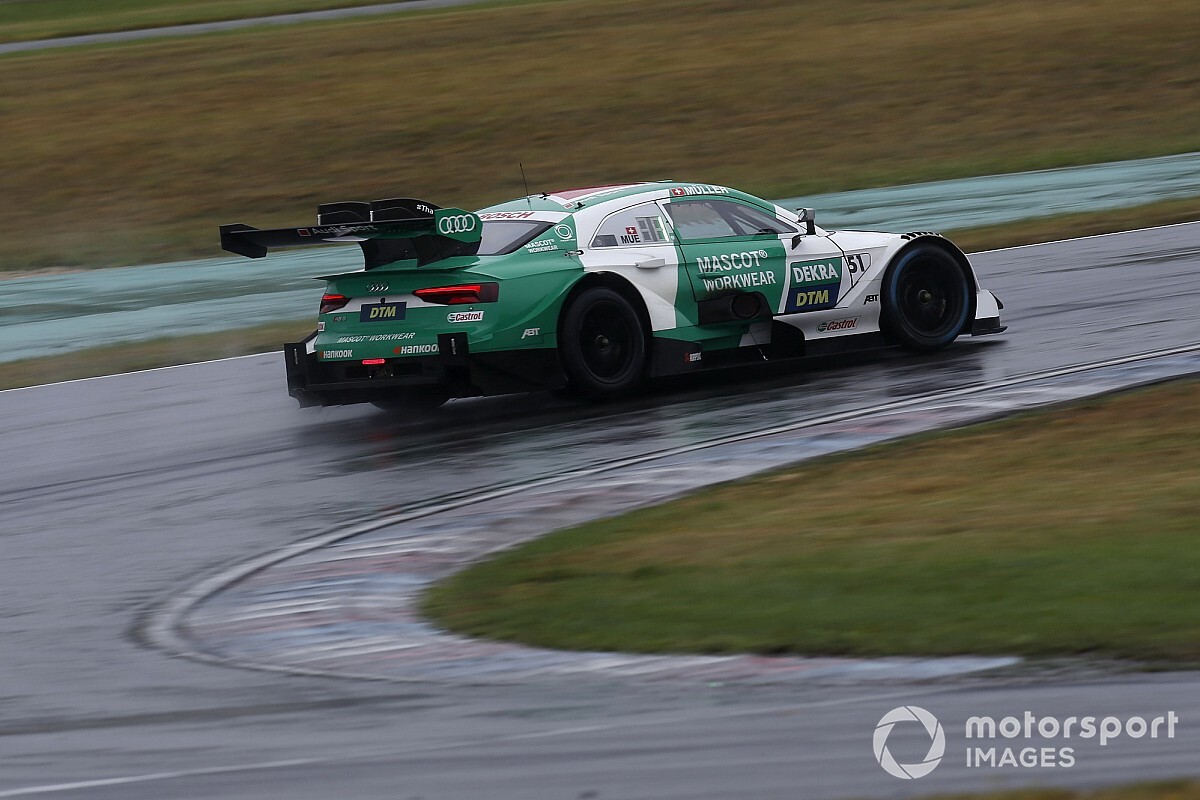 DTM championship leader Nico Muller claimed pole position for the first of the two races at the Lausitzring after edging out Rene Rast in a wet qualifying on Saturday.

Qualifying was effectively split into two parts after Timo Glock’s BMW oversteered at the exit of Turn 2 and got beached in the gravel, bringing out the sole red flag of the session.

Audi’s Mike Rockenfeller had led qualifying until that point with a time of 1m59.919s, but that was quickly usurped by a flurry of quick laps as the session resumed for 12 minutes after the interruption.

Rockenfeller returned to the top after setting the first sub-1m58s lap, but was quickly deposed again - this time by the BMW of Philipp Eng.

Muller and Rast traded times at the head of the leaderboard thereafter, before Muller fired in a lap of 1m57.882s to put himself comfortably at the top.

Rast managed to improve his own time in the dying minutes of qualifying in his bid to challenge Muller, but fell 0.038s short of beating his Audi stablemate to pole position.

Robin Frijns, who took a double pole position on the sprint layout of Lausitzring last weekend, qualified third, 0.358s behind his Abt Audi teammate Muller.

Lucas Auer survived an off track excursion to finish sixth, a second down on the pole time, with his BMW stablemates Eng and Sheldon van der Linde qualifying right behind in seventh and eighth respectively.

The top 10 was completed by the Audi's Loic Duval and the WRT-run customer RS5 of Ferdinand Habsburg.

Robert Kubica, who starred in a wet practice at Spa earlier this month, was unable to repeat those heroics as he qualified down in 14th, only ahead of the struggling Audi of Jamie Green and BMW's Glock, who propped up the timesheets in 16th place.

Glock was able to return to the pits under his own power after being pulled out of the gravel trap by a recovery vehicle, but the ex-F1 driver immediately jumped out of the car and took no further part in qualifying.

DTM to present GT Plus formula for 2021 season