Polesitter Liam Lawson left it until the last possible moment to go full throttle at the start of the first DTM race at Assen, but the Red Bull junior wasn’t to blame for the chaos that ensued behind him.

Having claimed pole position for the second time this season, Lawson led the field for a double-file rolling start in his AF Corse Ferrari, with Marco Wittmann positioned alongside him on the front row.

Lawson didn't go on the power until moments before crossing the start line, with his clever strategy giving him a clear run into Turn 1 as Wittmann, Maximilian Gotz and Mirko Bortolotti squabbled for second position.

But while the launch did wonders for the Kiwi, drama unfolded behind him as several cars ran into each other while anticipating an earlier start, with Daniel Juncadella, Vincent Abril and Arjun Maini all retiring immediately due to accident damage.

Lawson's own teammate Alex Albon was also caught up in the start melee and had to bring his car to the AF Corse garage on lap 7.

The situation was complicated by the final chicane, which bunched up the field and opened up the door for startline collisions.

However, Lawson was well within his right to control the pace at the start of the race after the lights had turned green, and the onus was on the chasing pack to react to his launch in the fastest and safest manner possible.

The DTM prescribes a 'starting corridor', a short passage on the track that extends from the 10th row on the grid until the start line. As per the series' regulations, "after entering the start corridor, the leader can accelerate at a time of his choosing. Overtaking the leader is allowed from the start line."

Since Lawson's launch was within the confines of the starting corridor, no rules were broken and the multi-car incident that ensued behind him was caused by his rivals being too eager to get on the throttle.

Speaking after the race, the 19-year-old admitted that he held the field on purpose until the last possible moment to get the best launch, but insisted that he didn't breach any rules in the process.

"Obviously I did go quite late," he said. "But we were told especially in the last two events to drop the speed down to 60[km/h], which is what I did.

"From my point, I didn't do anything wrong. It gave me a good start as well.

"When you are in the starting corridor, there is a very good chance that the person is going to go very early. So I decided to change it up a little bit and I think it was okay." 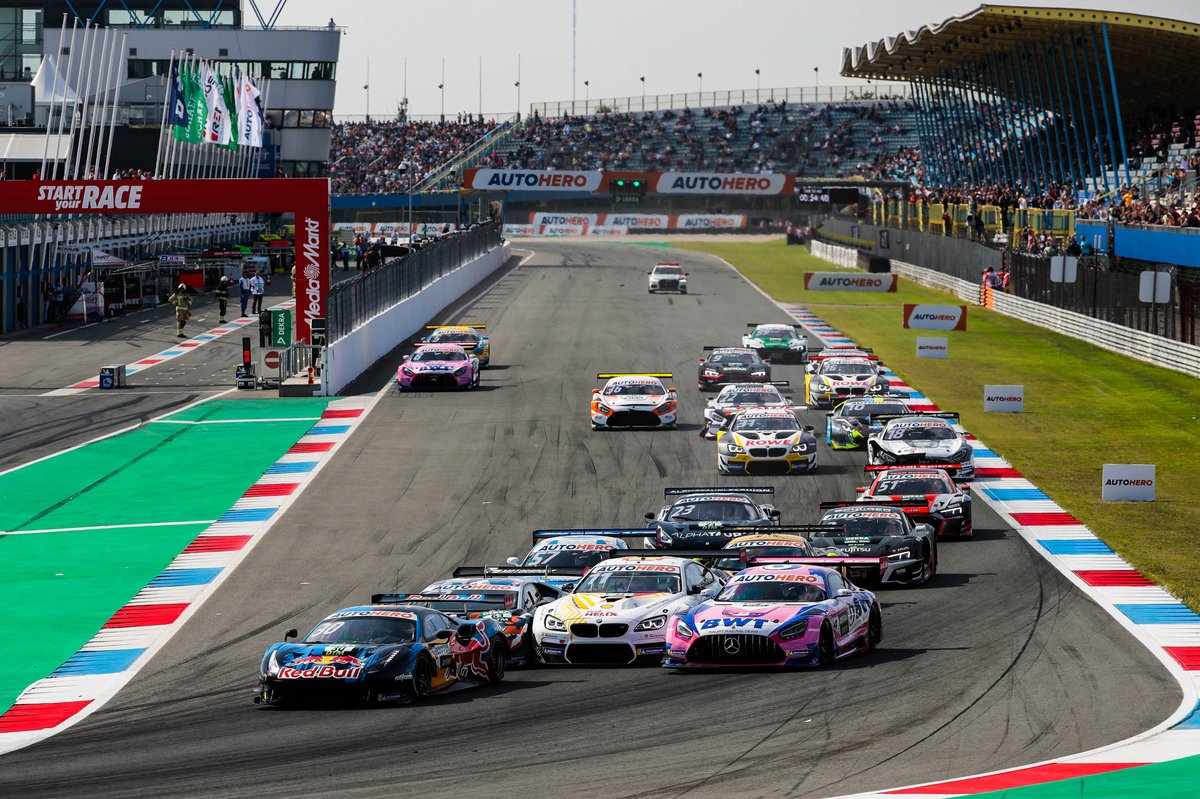 Wittmann admitted that he had to hit the brakes to not overtake Lawson before the start line, which then caused Gotz to hit the back of his BMW.

The two-time champion survived the contact and went on to win the race, but hit out at Mercedes driver Gotz for what he believed was a "dangerous" move.

"In the very last moment I had to brake because it seemed that I was ahead of him and if this is the case you've obviously having a jump start, because the leader dictates the pace," the German said.

"I think everybody got surprised because I got a big hit by Maxi, who was also already accelerating. But I had to brake to not do a jump start.

"Also, Maxi did a mistake there because he was just anticipating going early on throttle and fully drove into my rear end. Actually I was lucky that I could keep the car straight pretty much.

"It was kind of a dangerous move from him to just anticipate and drive into my rear. At the end we can be lucky there wasn't a bigger start crash to be honest."

Guest driver Christian Klien feels there is scope for a change in the start procedure, suggesting a progressive increase in speed from 60km/h to 100km/h before the drivers are allowed to go full throttle.

"It's better if you can start to increase the speed, but it was said, '60 and then you can go on power'," Klien told the Dutch edition of Motorsport.com.

"You can start increasing from whatever, let's say from between row 10 and 1, where the starting line is. If you can increase from 60 to 100, it's up to him when to [go full throttle], and then you open up all the cars a bit. It makes it much easier.

"It's not ideal, the starting procedure here, and it's always the same, in the Nurburgring as well and everywhere."