The Red Bull junior became the first driver to secure a clean sweep of victories in any DTM round this year, a feat made particularly difficult by a new success ballast rule introduced as part of series' switch to GT3 regulations.

But despite being handicapped by 25kg in extra weight, Lawson was able to fend off two-time champion Marco Wittmann on Sunday after leapfrogging the Walkenhorst BMW driver in the pits.

Wittmann kept the pressure on Lawson throughout the second stint and mounted a last-gasp overtaking attempt on the Kiwi, but the AF Corse driver held on to take victory by just 0.215s in what was the closest finish of the season.

Speaking after his third victory of the season, Lawson credited the AF Corse crew for a rapid pitstop that allowed him to get the jump on Wittmann - but admitted that his Ferrari was "all over the place" after he took too much life out of the tyres to keep the German driver behind.

"The goal coming in was to close the gap in the championship and actually just score points because the last couple of rounds had been pretty difficult for us - and we obviously did that nearly to the maximum this weekend, which is pretty cool to do around the Red Bull Ring as well.

"We've struggled with pitstops recently a little bit, really been inconsistent with it. But now we are back on form and that's what made the race.

"I just by a couple of centimetres got out in front of Arjun [Maini]. But if we weren't able to do that we wouldn't have gained the place on Marco in the pitstops.

"The first couple of laps [after the pitstops] he was having a definite pace advantage as I was coming up to temperature with tyres. So, there was a solid 10 laps [where] I was basically flat out trying to stay in front and the fronts dropped quite quickly.

"Towards the end I even lost the rears and we started running all over the place. It got pretty close, he got really really close a couple of times. [But] our car is quite good on the brakes and the two big braking zones here were the key for us to stay in front." 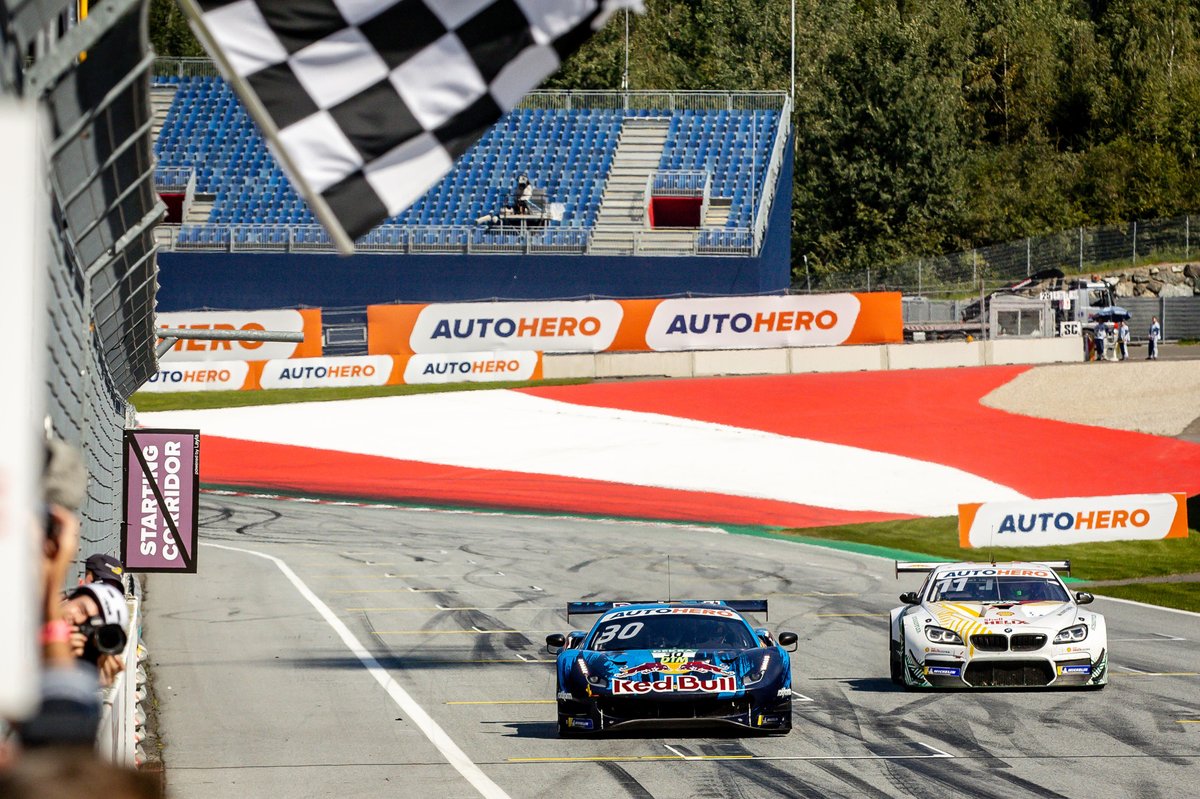 Lawson arrived in Austria 49 points behind van der Linde in the championship in fifth, having failed to score a single point in the previous round at the Nurburgring.

But back-to-back victories in Austria has helped him return to second place in the drivers' standings, just 12 points down on his Audi rival with three rounds to run

The massive swing in points was aided by van der Linde enduring his worst weekend of the season at the Red Bull Ring, with the fast-and-flowing nature of the track working against the Audi R8 LMS GT3.

Asked if the double win gives him the confidence to close the gap further to van der Linde in the standings and fight for the championship in his rookie season, Lawson said: "For sure, obviously it's the target.

"We've come from tracks that have suited the Audi quite nicely and Kelvin took full advantage of that and extended his lead in the first few rounds.

"But now we go to tracks that suit our car. These more faster, flowing high-speed circuits definitely suit our car.

"I think for sure it's something positive and we need to make the most of it because then we go to a place like Norisring which is really, really tight again and I think for the finale it's going to suit Audi."